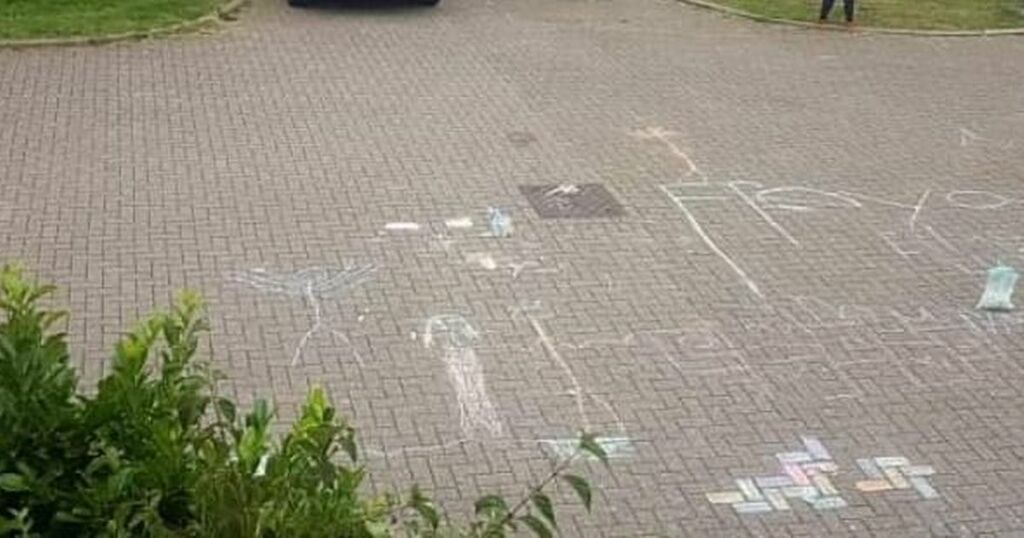 A mum was left stunned after her neighbours called police to report 'street graffiti' after her kids drew on the pavement with chalk.

The woman said her children had been playing out the front enjoying the nice weather and scribbling hopscotch, scooter tracks and other colourful doodles in chalk.

However their harmless artwork didn't impress everyone as one neighbour called the police and housing authority to report the 'graffiti'.

The woman took to a parenting group on Facebook to ask whether children drawing in chalk on the pavement was ok.

She said: "How do you feel about children chalking on the pavement? Nothing offensive, my children are 6, 9 and 13, plus their friends.

"Hopscotch, tracks for scooters, drawing around themselves and it completely washed away a few days later. Had complaints made about it to housing and police. I thought kids playing outside was better than sat in, in front of screens."

However the post gained a huge reaction from hundreds of furious parents, outraged at the 'nosy' neighbour's behaviour.

One said: "I hope the police spoke to whoever reported it and warned them of the consequences of wasting police time."

Another was thinking of revenge: "When the kids have gone to bed write a big f*** off on the pavement."

"Whoever reported this to housing and police need to hang their head in shame! Sad state of affairs if kids can’t play with chalk outside!! It washes away first drop of rain or with a bucket of water!!" said another.

Others said the children should be left to enjoy the outdoor space.

"People are a***holes these days, any reason to moan it gets on my t***!!! I for one would find it lovely to see children being creative and actually playing as we did as kids!

"Anyone who thinks playing with chalk on a pavement will turn them into graffiti thugs then you have a screw loose! Let them play and give them a middle finger," said one.

Another added: "Tell your neighbour not to look out of the window."

"What a boring, miserable bunch they are! I think it's lovely, innocent fun," said another.

Another said: "Get your kiddos to wash it away when they’ve finished…. Aka a huge water fight. Hopefully the water lands on your neighbours and their personality will grow."