Mum slammed for making son, 5, run in 40C heat as he ‘didn’t listen’ at school 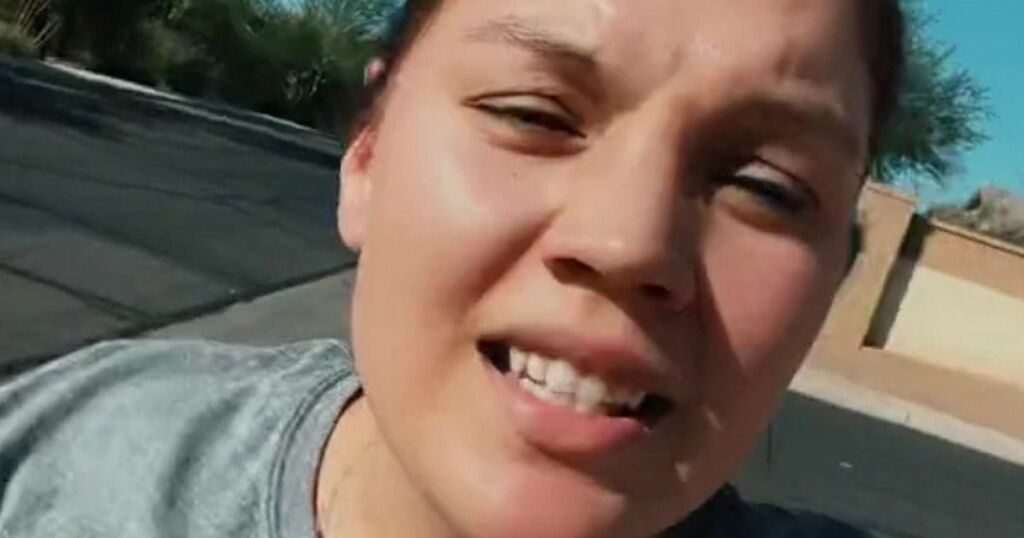 Knowing when and how to discipline your child is one of the hardest parts of parenting – but one mum on TikTok has been slammed for her “traumatising” method of teaching her son to behave.

Katarina Rodriguez, @kat.rodriguez13, posted a video on TikTok in which she was seen going for a run alongside her five-year-old son.

In the video, the mum explained she was making her son exercise because he was getting “sad face” stickers at school to denote bad behaviour.

And what’s more, Katarina also claimed it was 104 degrees Fahrenheit at the time of their run – or a staggering 40 degrees Celsius.

She said: “My five-year-old doesn't want to listen in school.

“He makes disruptive noises, doesn't listen, thinks that he doesn't need to settle down when he comes from the playground.

The mum then explained her son was already exhausted, because he’d used all his energy at the start of their run.

She added: “This is the first time we’re going to run for his sad faces that he gets at school.

“He thought we were just going to run to the mailbox, so he took off running – sprinting! Now, he’s dying.”

Katarina asked her son if he was going to “behave in school” now, and the child quietly replied: “Yeah.”

The mum’s video has been viewed 570,000 times – and people are horrified by her approach to parenting.

One commenter wrote: “Paediatrician and child safety expert here. This makes me so sad. Not only will this fix nothing, but it can absolutely have detrimental effects.”

While another said: “I’m going to go hug my mom and thank her for never traumatising me like this.”

And a third added: “Wow … this is horrific.”

However, some commenters also pointed out the mum is free to discipline her child in whichever way she sees fit.

And someone else wrote: “The amount of people here that think discipline is trauma is insane. People are so soft. Let him learn while he’s young before it gets out of hand.”

Katarina has since made several follow up videos in which she fights back against her critics, insisting her parenting techniques are no-one’s business.

She said in one clip: “I made my kid run – because he hates running – as a source of punishment, and if you don’t like that because you think that it’s wrong, then that’s your opinion.

“If you don’t like the way that I’m raising my kid then move on, because not only did it get him a smiley face yesterday, it also got him one today.

“And if I can scare him with the fact that we’re going to run if you do not have a good day and be respectful, and nice, and kind … so be it.”