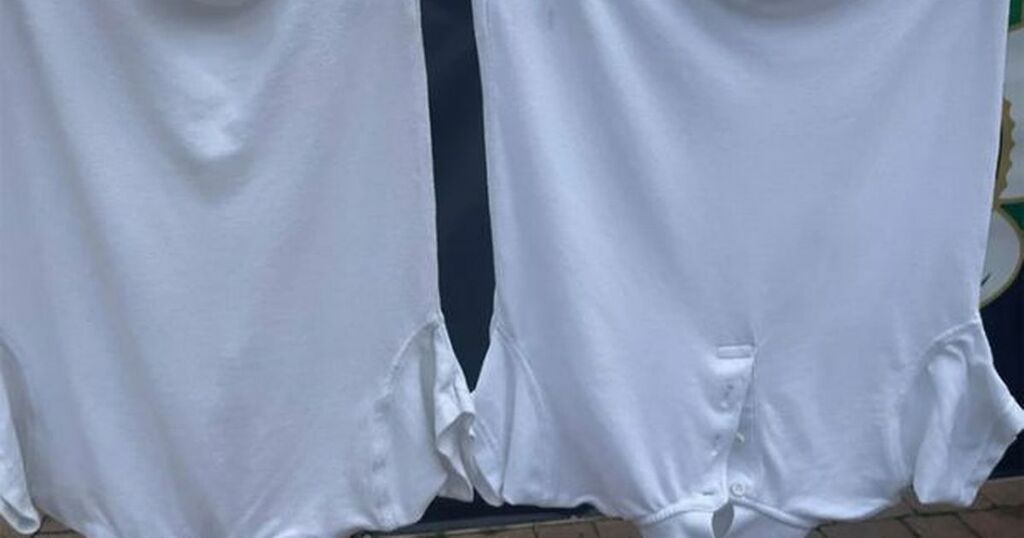 A thrifty mum has shared a hack that will be popular amongst those who dread having to iron school uniforms - though it comes with a warning.

Louise Quinlan posted a picture of her kids' polo shirts on a washing line, both before and after she did the 10-second hack.

The trick, she revealed, involves spraying Lenor Crease Remover on the clothes you want to iron.

As reported by the Daily Record, the spray removes any creases that were on the clothes and so bypasses the need for ironing.

She stated: "My hack for not ironing the kids T-shirts for school.

"Added another photo for folk to see the other creases have dropped out now."

The Lenor Crease Remover is priced at around £3.50, and many rushed out to buy the spray after looking at the results of the mum-of-two's simple trick.

One wrote: "That's ace I need to try it.

Another commented: "I love this stuff."

The Crease Release spray has been heralded by many as the key to cutting out hours of ironing.

However, important to note is that earlier in the year some were slamming the spray as a "death trap" due to it leaving surfaces slippery - even carpets.

Many took to social media to share anecdotal evidence that their floors were 'lethal' after using the wonder-spray which is used on clothing so it doesn't need to be ironed.

More than 300 people commented, with one woman saying: "It made my porcelain floor tiles a death trap. As I found out when I was lying on my back looking at the ceiling."

Another user said her cat couldn't stay upright after some of the spray landed on her worktops.

She said: "I thought something was wrong with my cat as she couldn’t jump onto the worktop. Every time she tried to jump up she did splits mid air on all 4 legs."

Another woman said it was 'dangerous' while a fourth said it should be removed from stores.

"It’s so dangerous. My poor hubby went flying across the kitchen," said one.

Another added: "My opinion it should be taken off the market lethal on tiles."

"I’m surprised they still sell it. This things a death trap!" agreed another.

Star Brands LTD who make Lenor Crease Release say the bottle warns users to use a towel and thoroughly clean any floor surfaces that may get sprayed.

A spokesman said: "The Lenor Crease Releaser product is made using a silicon based ingredient. This ingredient is what makes the product effective and relaxes creases in fibre. However this ingredient can make floors and other surfaces slippery if spilled.

"The product therefore has two quite prominent warnings on the pack: A warning covering the full left side panel and a warning in bold capital lettering on the back of the pack.

"Both warnings clearly state that floors can become slippery if product is spilled and that they should be cleaned immediately.

"We also recommend that consumers place a towel below the garments to be treated.

"Also our website carries this warning and we have circulated this message widely on social media.

"We are naturally sorry to hear that anybody has slipped and hurt themselves after using our product and urge everybody to read the warnings on pack and solely use the product as instructed.

"Whilst we take each and every consumer complaint very seriously, it is worth mentioning that over the last year we have sold over 3.5m units of the Lenor Crease Releaser and received just a handful of complaints."