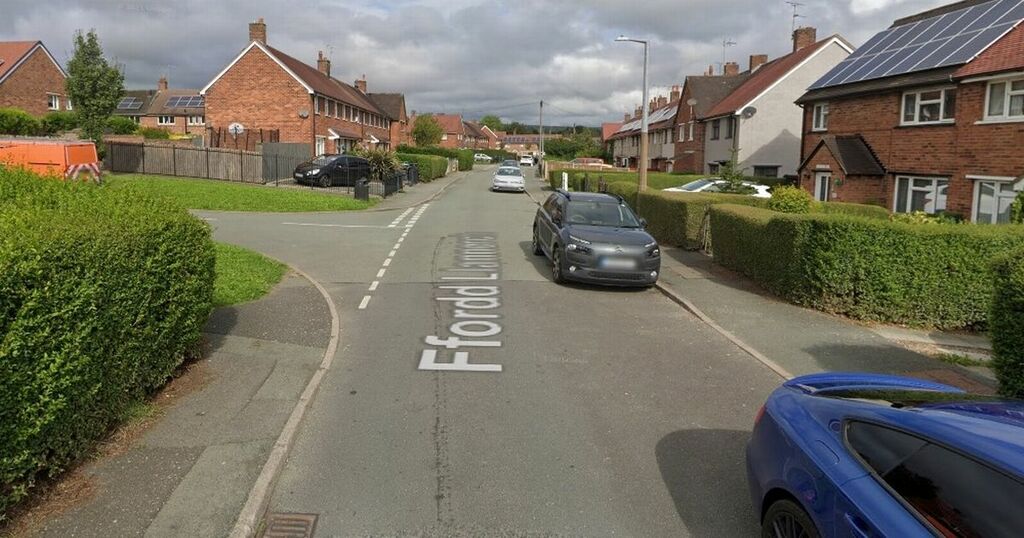 A two-year-old boy walking was his mother was hit by a police car on a suburban street.

The toddler was taken to hospital by ambulance from the scene after being injured when hit just as schools closed for the day - as his mother screamed: "Help me please".

People living in the Pen-y-Cae suburb of Wrexham, North Wales, said was walking with a woman and another child when he was struck at school closing time on Friday afternoon.

Neighbour Vanessa Jones, 30, said: "The mother was hysterical. As I got there the little boy was trying to stand up."

People living in the street heard screams and a loud bang when the crash happened outside their homes at about 3.30pm.

Miss Jones said: "I was upstairs the bedroom and I could hear some screams."

She sat with the child as neighbour Hiram Evans, 55, took a pillow, blanket and teddy bear for the child as they waited with the officers for an ambulance.

Mr Evans said: "He was conscious all the time. The ambulance was on the scene straight away."

An air ambulance landed at the scene but the boy was taken by road by ambulance to nearby Wrexham Maelor Hospital.

Some residents said they were unable to get into their homes for a time as a cordon and several police cars remained at the scene.

North Wales Police have asked anyone who might have seen the incident or who has any information or dashcam footage to come forward.

Police were not confirming the sex of the child nor given an update on the medical condition.

In a statement, North Wales Police said: "A road traffic collision was reported on Ffordd Llanerch in Pen y Cae, involving a police vehicle and a pedestrian who was a two year old child.

"Colleagues from the Welsh Ambulance Service were also in attendance at the incident and the child has been taken to hospital."

PC Kelly Ellis said: "We are appealing to anybody who was in the area or may have witnessed the collision that occurred at approximately 3.30pm to contact us.

"We ask that people avoid the area for the time being while officers carry out investigations at the scene.

"Witnesses or anybody with information or dash cam footage that could assist the investigation are asked to contact North Wales Police."