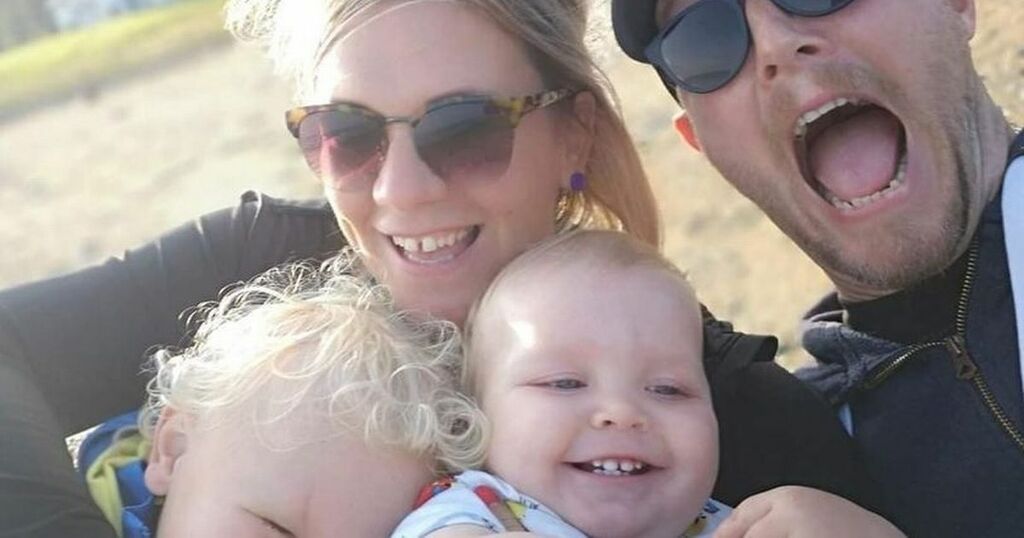 Mum's warning over 'chilling' Facebook holiday scam after being duped by 'sociopath'
Schoolteacher Catriona Morgan thought she was booking a getaway in Donegal, Ireland, but soon realised she was being conned and…

Wales Online
PSNI warning after victim in her 80s nearly scammed out of almost £3,000

Chronicle Live
Derry are on the rise, but Farneymen are the favourites says Conleith Gilligan

A mum has issued a warning to anyone booking holidays in Donegal after losing a £250 deposit in a scam that promised a week-long stay in a holiday home.

Catriona Morgan booked a stay in Donegal between July 2-9 after stumbling across an advertisement for a home with a hot tub on Facebook's Marketplace.

The Derry native made the booking after her brother, sister-in-law and their children moved to Derry from Australia and she hoped for a "much-needed family break".

The schoolteacher thought the family had found a "good deal" after spotting the Donegal home shared by a Facebook account.

The supposed owner, who is continuing to sell the same property online, has yet to be formally identified.

He told Catriona that it was his parent's home and that they could not use the home this summer after his father had been diagnosed with cancer and was undergoing treatment.

"I thought my husband was joking initially because it was April Fools Day but that's when he alerted me to someone who had found themselves in a similar situation that didn't add up," she said.

"I recognised that it was his name that was on the listing on Facebook and that's when I knew it was a scam.

"I was devastated because it was the first time that my parents were going to see all of their grandchildren together.

"And what is scary about all of this now is that he came across as a very nice person who just wanted everything to go as smooth as possible.

"He would chat to you as if you were somebody that he would know. He would talk about how his father was undergoing treatment for cancer and how he hoped that the treatment went well.

"It's very strange now when you look back in hindsight."

Catriona said she "doesn't care" about recovering the money that she lost now, instead of wanting to raise awareness of these sorts of scams.

"People like this need to be stopped," she said. "There are many people that I have been in contact with now from across Northern Ireland that have found themselves in this situation and then there are people who are doing the same thing as us right now, as we speak, and they have no idea yet.

Meanwhile, Helen, a mother-of-two also from Derry also suffered the same fate when she booked a holiday stay in Donegal, after stumbling across a similar advertisement on the social media website owned by Meta Platforms.

She contacted the scammer in March asking to use the holiday home from July 16th for seven days. Speaking to MyDerry, she explained her heartbreaking ordeal.

"That's when this house appeared on Facebook Marketplace in Donegal and it was available to rent for £500, with a £250 deposit.

"My sister and I had rented a house last year through another website and it was £600, so to see this house we decided that we could at least enquire about it.

"That's when I decided to message him and he came back to me fairly quickly but he wasn't a yes man.

"He was very cautious about the whole thing and that's what makes this situation so bizarre. He was playing a part essentially which makes it even more chilling.

"It was extremely clever on his part because it made me think that he wasn't a scammer. He even told me that he wanted to chat on the phone."

It's understood the property is in fact real and those affected told MyDerry that it's owned by a woman in Rossnowlagh, Co Donegal. They said the woman has "nothing to do" with the scam and is losing business because of it.

"When we first spoke over the phone, we actually called for 40 minutes. He told me that he had Covid-19 and that he wasn't able to work. He went into a lot of detail but he came across as a genuine, nice person.

"He told me that his parents were doing so well and that they were letting the house out for the summer. It came across to me as really genuine. I actually felt sorry for him and I was reassuring him on the phone about his parents.

"My sister and her two children were actually supposed to go along with us. We had it all planned and we were really looking forward to it. We thought we could go down before then and maybe get a feel for what we could do with the kids."

Having paid the deposit, the scammer and Helen agreed to meet at a pub in Bunbeg, Co Donegal after Helen asked to see the property.

She added: "I went on Google Earth one night because I wanted to see the property. Bear in mind that I had already paid the deposit at this point.

"I couldn't find the property at all but I didn't think anything of it because I thought that it might've been a new build recently and Google might not have updated their system at the time of my browsing.

"But I decided that I would go and take a look and see the property for myself. When I told him this, he was able to give me details about the area and told me that he would be able to meet me in a local pub and that he was good friends with the barman called Mickey.

"When I arrived, there was no barman called Mickey. Nobody even could think of the house that I was describing when I got there. It wasn't the first time that I did this. I actually went to Bunbeg twice to meet him and he didn't show on either occasion.

"He comes across like a proper sociopath. It felt like he was getting a kick out of this.

"I just feel sorry for all of the families that have been forced to go through this because it's terrible for them.

"I work very hard to get my money and to be able to pay for something like this in today's world is a luxury and for someone to be out there doing this is just awful."

The PSNI, who had been contacted about the incident, said they had reported the scam to Action Fraud.

Chair of Scamwise NI Partnership, Police Service of Northern Ireland Superintendent Gerard Pollock said: "As we're all more eager to go on holidays after going for two years without one, criminals are also more eager than ever to get their hands on our money.

"We know criminals are preparing for the summer with tailor-made holiday scams and, so, we would encourage everyone to do thorough research when booking holiday plans online.

"Most often holiday scams start with an advertisement online, or on a social media platform. There are key ways, however, to stop yourself from falling victim to these scams.

“Do your research on the company or accommodation you plan to book - don't just rely on one website or one review. If a company is fake, there's a good chance others will write about their experience online too.

"If the deal looks too good to be true, it probably is."

Information and advice is also available at http://www.nidirect.gov.uk/scamwiseni or the ScamwiseNI Facebook page @scamwiseni.

An Garda Siochana also warned people to be extra vigilant when looking for accommodation, particularly now at a time when society and foreign travel has opened up again.

A spokesperson said: "Now that society has reopened, there are many more opportunities for fraudsters. We would advise people to be extra vigilant to avoid becoming a target.

"Trust your instincts and, like anything in life, if the offer sounds too good to be true then it probably is.”

Meta Platforms, which owns Facebook, had been contacted for comment but didn't respond at the time of publication.

Mum's warning over 'chilling' Facebook holiday scam after being duped by 'sociopath'
Schoolteacher Catriona Morgan thought she was booking a getaway in Donegal, Ireland, but soon realised she was being conned and…

Wales Online
PSNI warning after victim in her 80s nearly scammed out of almost £3,000

Chronicle Live
Derry are on the rise, but Farneymen are the favourites says Conleith Gilligan