Mum's one piece of advice to every family after son, 19, takes his own 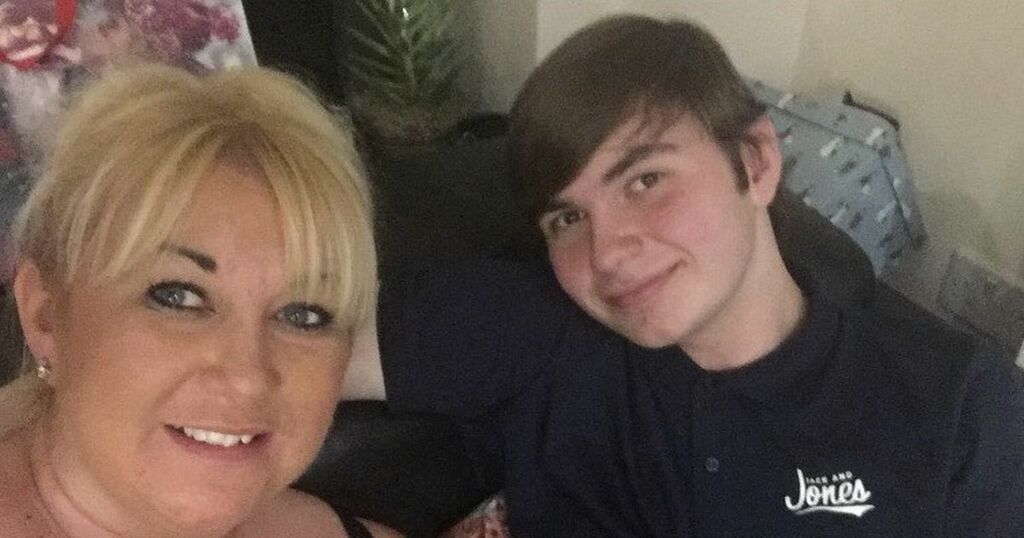 A mum has spoken of her constant grief after losing her son to suicide.

Daniel Fleming, from Wallasey, Wirral was just 19 when he took his own life back in November 2019 and the heartache of his loss has never left his family.

Mum, Rachel Heggarty, 43, has spoken to the ECHO about the sorrow of knowing Daniel will never go to university or enjoy nights out with friends and how she had to fight against blaming herself.

She said: " We are coming up to Dan’s second anniversary which is hard to believe that he has been gone for two years, the first year was a haze.

"Once the shock wore off the grief came and that is constantly there but it comes in waves - good days and bad days.

"The dreams are tough to deal with. I do take every day as it comes it’s hard to know he isn’t here anymore, for a split second I sometimes think I have seen him while I’m driving, the mind plays tricks on you this makes me sad.

"Dan would be in university now, doing the subject that he loved, Geography. Since Dan passed, I have had to go through his things and pack away his belongings.

"I read one of Dan’s A Level essays and, to say the least, no wonder he passed his A Levels with the grades he got.

"I see the young ones now being able to go concerts and out at the weekend with their friends and I feel sad that Dan will never get to do this."

Rachel admitted there were moments when she blamed herself, but has now realised this was not the case and the best thing she can do moving forward is to always talk about Daniel.

She said: "Daniel’s mental health rapidly went downhill. As a mother my job was to love and protect Daniel and I felt I let him down by not being able to give him the help that he needed, the help we got off the services were shocking.

"The responsibility for me became even greater, but I learnt that blaming myself was not the answer, as parents we are naturally full of guilt.

"I had come to realise that Daniel’s mind was too poorly.

"My advice to any mum or family member who has gone through this - is its no one’s fault, we will never understand the mind of someone who’s become so poorly, just be kind to yourself and take every day as it comes and to always talk about your passed loved one.

" Grief is such a complex emotion, it’s an emotion that is literally a rollercoaster but the best thing I have found helps - is talking about Dan.

"Losing a child has also alienated me in different ways, but on the flip side, I’ve also had people who have needed to reach out to me and have told me that their child is also suffering with mental health issues.

"But there’s one thing I will always do and that is speak about Dan every day to keep his memory alive, I makes me feel better when I talk about him."

Rachel and her family have been doing what they can to honour Daniel's memory, marking special days, despite how difficult it has been for them.

She said: " The irony is that Daniel’s 21st birthday landed on Mother’s Day this year, which was difficult to celebrate.

"As a family on the first anniversary of him passing my family gathered at my house, some walked down to the town hall steps which is where Dan used to sit in his final days and weeks and they let off balloons, I stayed at home and cooked for everyone but being together as family helped, Dan is missed by so many."

Rachel said Daniel's brother and sister, Tom, 22, and Honey, 19, have been a constant source of support for her and each other.

She said: "Tom and Honey are literally my heroes, without them two I don’t know what I would have done.

"They have been so grown up and level-headed and they are always positive, despite how sad and heartbroken we all are over losing Dan, they manage to make me laugh and smile every day.

"I’m very proud of the kind-hearted young people they’ve become. To me, they will always be Tom, Dan and Honey."

Rachel also revealed what help is needed to stop other families going through the same heartache she has as she marked World Suicide Prevention Day, on Friday, September 10.

She said: "What needs to be talked about is the prevention, that first sign that a family member or loved one is having suicidal thoughts, and to take it seriously.

"I am not a mental health expert, I am Dan’s mum but I believe if I was allowed to be present with Daniel’s professional’s at the time while he was being assessed by the mental health teams and his psychiatrist I think he would have had more of a chance being alive today, they kept me in the dark because he was 18 years old and Daniel became so withdrawn I knew nothing of what went on in those meetings.

"The interventions need to start with that first referral or that first attempt of taking their life.

"When Daniel first tried to take his life, he was classed as a young adult and I was unable to attend his mental health sessions, I was made to sit outside.

"Me and Dan would sit outside and while he was waiting to go in to the session Dan use to say to me, ‘I will be going way for a while now mum, but when I come back I’ll be better’.

"Dan honestly thought they were going to section him. But they never. At Daniel’s Inquest, the coroner said to me don’t dwell on the 30 seconds it took for Daniel to take that ultimate action but to cherish the 19 years I had with him."

If you have been affected by the issues in this story, you can call the Samaritans on 116 123.