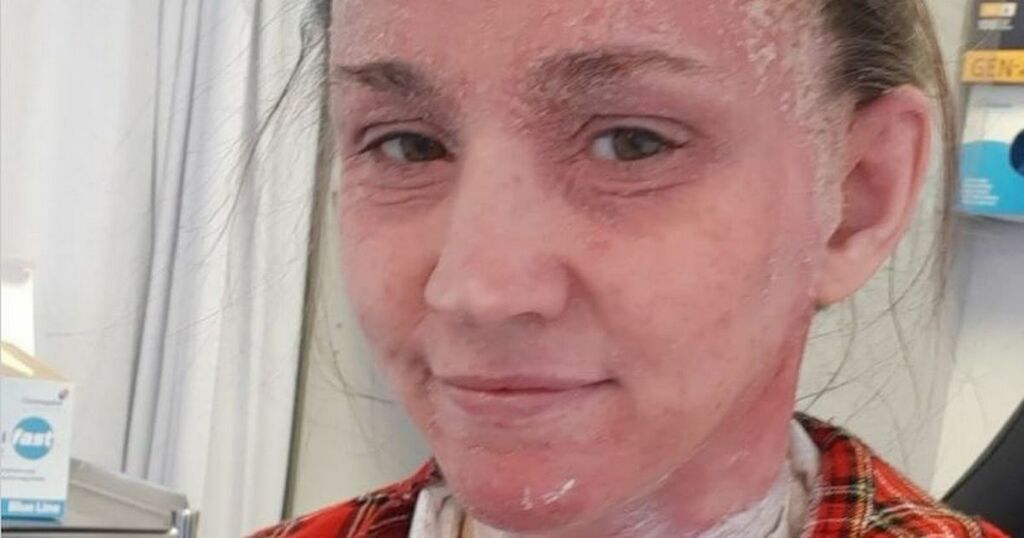 Scots mum's eczema cream hell left skin so bad strangers took pictures behind her back
Jade Scullion, from Dunfermline, has suffered from eczema since childhood and says steroid cream is making the issue worse.

The Record View says that protestors have no right to interfere with women's health.

An eczema sufferer says withdrawing from steroid cream caused such brutal side effects strangers stare and point at her.

One person even took a photo of her in the queue at the chemist when she wasn't looking.

Mum Jade Scullion had been using the cream since she was six months old because of her severe eczema, but by the time she reached her late 20s she noticed it was making the condition worse.

In January 2021 the shop assistant, who also takes an immunosuppressant medication, decided to withdraw from the topical steroid, which resulted in some serious side effects.

They include a constant feeling of being sunburnt, a stinging nettle sensation and skin so dry and thin it peels away at the slightest touch, leaving the flesh underneath exposed and oozing.

After researching online, Jade found out that this can happen when withdrawing from steroids, something she'd previously not realised.

Despite finding support online through an awareness Instagram she runs, her experience in public has been anything but positive.

Jade, lives in Dunfermline in Scotland, said: "I have had a really good reaction from social media, everyone has been so supportive and it's great to help each other out as well as educating others who might be in the same situation.

“Unfortunately, the public are a different story - they stare, point and whisper.

“The worst was someone taking a picture of me over their shoulder in the queue at the chemist.

“Topical steroid withdrawal is not nice to look at but that was taking the biscuit.

"I try my best to see the positive side to this process and was told that my Instagram page keeps people going when they are having a bad day.

“That was the whole point in starting it so I'm glad it's doing its job.”

The cream had previously helped manage the now 37-year-old’s eczema flare ups throughout her childhood.

But Jade took the decision to stop using them as she and her dermatologist believe it will help her skin in the long run, even though it means suffering in the meantime.

Jade is now speaking out about her ordeal in the hope more can be done to educate people and health professionals on topical steroid withdrawal.

She added: "It was just in February of this year that the NHS recognised steroids can cause this kind of reaction.

"But it is not a new condition and needs to be researched more.

Uncontrollable shakes, ‘bone deep’ itchiness and a build-up of fluid in her legs which has left her couch-bound and unable to walk more than a few paces.

The side-effects are so bad Jade has had to require support from her family.

Daughter Jaimey, 12, and son Kaedyn, nine, help her to get dressed, while mother Caroline, 57, has moved in to help with household chores.

“This has been the hardest thing I’ve ever gone through both physically and mentally.

“My future is going to be tough, but there is a light at the end of the tunnel and that light is having a normal life where I’m not restricted due to my bad skin.”

Scots mum's eczema cream hell left skin so bad strangers took pictures behind her back
Jade Scullion, from Dunfermline, has suffered from eczema since childhood and says steroid cream is making the issue worse.

The Record View says that protestors have no right to interfere with women's health.