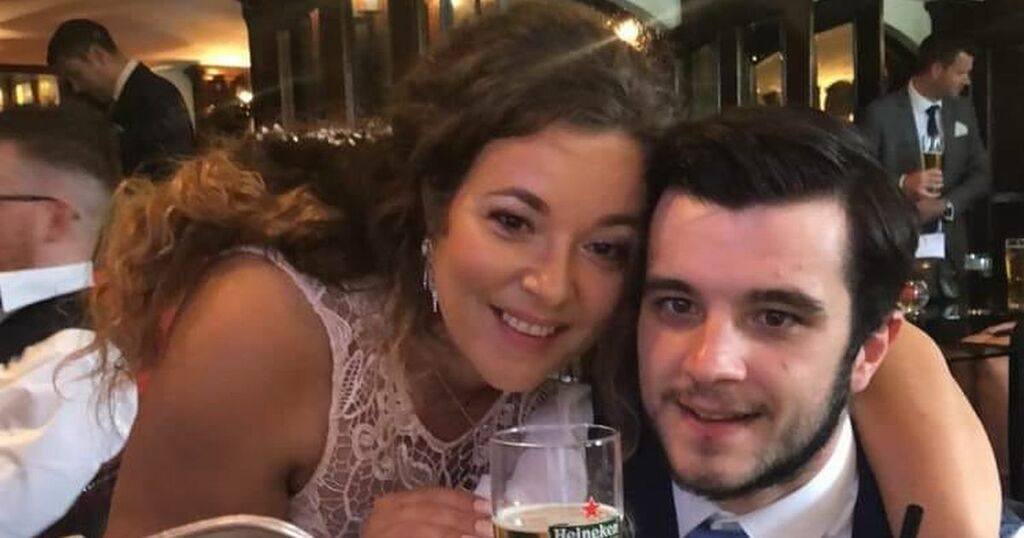 The mum of a young Scots dad who was brutally killed as he walked home from work has told of her heartbreak after his death.

Sean McKay was attacked with a weapon on St Margaret’s Avenue in Dalry, North Ayrshire, shortly after 9pm on Sunday, October 10.

The 23-year-old labourer, who is originally from Paisley but grew up in Stevenston, was on the phone to a pal when he was set upon by an unknown thug wearing a dark jacket at the time.

Passersby raced to comfort the badly injured dad-of-one as they waited for paramedics and police to arrive but he was pronounced dead at the scene a short time later.

He leaves behind his 15-month-old son Oscar, girlfriend Chloe and a large family including heartbroken mum Debbie Dowd.

The 45-year-old has told the Daily Record how their world fell apart when they received a call telling them something was wrong on Sunday night.

She said: “We’re obviously just trying to come to grips with it all and get our heads around it while taking care of Sean’s wee one as well.

“There’s nothing anyone can say. He was walking home from work and was on the phone to one of his friends. That’s how we got alerted that something was wrong.

“His friend had contacted his girlfriend and said something had happened. We tried to get over but it was too late.

“He wasn’t even just attacked. He was killed in the street by somebody. Why were they out with a weapon?

“We never thought that we’d be told something like this. I just hope somebody comes forward and tells the police if they have any information at all.

“The person responsible is obviously dangerous and we don’t want this to happen to anybody else.”

Debbie told how her son had embraced life as a dad and was happiest when surrounded by friends and family.

She added that knowing people had tried to help him, including a young teenager, brought his loved ones some comfort.

She said: “We would just love to thank the people that were with him in his last moments because we couldn’t be there for him to comfort him.

“They tried so hard to save him and we really, really appreciate that. I think one of the people that helped is really young and this shows that there are still some good people out there.

“Sean was just a kind, caring and happy person who loved his friends and family. He was always a joker and had a carry on with everyone.

“He loved family get-togethers and was so involved in it. He was also quite quiet as well. He liked being at home, playing his Playstation or watching TV with his girlfriend.

“She’d make him watch Netflix box sets and would kid on that he didn’t like them when he really did.

“He was just a normal 23-year-old I’d say. He never really went out drinking or anything like that and he loved being a dad. He was just an absolute family man.

“He loved his Rangers FC and listening to Eminem. When we would put music on, we’d all fight over what to listen to.

“Little Oscar loved his dad and he’d wait for his dad to come put him to bed. They had a little routine. He’s just like a miniature Sean.

“He loved watching football with his dad and would kid on that he was playing Fifa with him.

“He loved making him dance and things like that but he’s going to be missing all that now.

“Oscar obviously doesn’t realise what’s happened but with all the folk coming in and out, he’s just not seeing his dad’s face.

“We really feel for Sean’s girlfriend Chloe as well because she’s obviously lost her best friend and is now having to try and sleep without him being there next to her.

“It’s those little things that you don’t think about at the time. We just don’t know what to think or how we’re actually feeling yet.”

Sean’s gran has also shared a heartbreaking tribute to the young dad on social media.

She said: “This is my grandson just walking home from work last night.

“Beyond heartbroken for my son and Debbie, Sean’s mum and John, his step dad, sisters Simone, Samantha, and Chloe, Sean’s partner and his wee boy Oscar one year old and left without his much loved daddy.

A major police investigation into the suspicious death remains ongoing with officers appealing for anyone with information to come forward.

They believe Sean was attacked for ‘absolutely no reason’ other than being in the same area as his killer on Sunday evening.

Motorists with dashcam footage from the area are being urged to contact police.

He said: "This young man would appear to have been attacked and killed for absolutely no reason other than being in the same place as the man at the same time.

"There were a number of people in the street who came to the man's aid and called for an ambulance and we believe we have managed to speak to most of them, however, we would still appeal to anyone who was there but who has not yet come forward to police to get in touch.

"I'd also ask for motorists who may have dash-cams to check their footage from the street around the area, maybe between 8.50 pm and 9.10 pm, and to call police as well."

Information can be passed to officers at Saltcoats Police Station via 101 quoting reference number 3404 of Sunday, 10 October, 2021.

Alternatively, please call Crimestoppers on 0800 555 111 where details can be given in confidence.

A fundraiser for Sean's family has been launched. To donate, please click here.