A mum had to have all her teeth removed and her jaw replaced three times after she got an infection.

Meighan Maselli, 36, needed a root canal and two teeth had to be removed after her dentist spotted they were infected during a routine appointment.

Within days she was in agony and diagnosed with osteomyelitis in her lower jaw - an inflammation caused by an infection somewhere else in the body.

It became so infected doctors had to remove nearly all her lower jaw and replace it with a metal rod, taking out all the bottom and top teeth to prevent it spreading further.

Devastated Meighan was forced to undergo the risky operation twice more due to complications and infections.

Doctors first attempted to rebuild her mouth using her hip bone, before successfully replacing it with a bit of her shin bone.

She even had to have part of her neck reconstructed with muscle from her boob.

The mum-of-two from Saratoga County, New York, USA, has lost 170 pounds since the start of her ordeal, as she struggles to eat.

She said: “I barely leave my home any more. I was a beautiful girl with a young son at the time and he is traumatized by this.

“I almost gave my daughter’s high school graduation ticket up last year, in fear of ruining her day.

“I've lost half my breast as part of this surgery I had, I have got scars on my hip, my leg and my face.

“We're struggling, my kid can't leave home to go to college as she is working full time to help me pay my bills.

“Half of my jaw had been eaten away before anyone took me seriously.

“If I can avoid looking in the mirror I do."

In April 2017, she had a root canal and a molar from each side of her bottom teeth had to be removed by an oral surgeon, as they had become too infected to be saved by a filling.

She said: “I felt it, this hurt – he couldn’t get them out and I heard a crack.

“I didn’t know if it was jaw or tooth.

"They think when the dentist pulled my teeth, the crack might have been him fracturing bone because it had been weakened.

“The next day it was painful, I didn’t have anything, no antibiotics.

“The day after that it was really painful in my jaw and going down my face.”

After another four days the pain still had not subsided, so she had an X-ray that revealed she had osteomyelitis in her mandible.

Osteomyelitis is inflammation or swelling that occurs in the bone and is caused by an infection that had spread from elsewhere in the body or originated in the bone itself.

Meighan believes she developed the condition due to an infection in her tooth, caused by the root canal treatment.

“He looked in my mouth and said ‘I’m not going to touch you, you need to go back to the people that did this’,” said Meighan.

She went home, but the next day woke up with a huge abscess under her chin and rushed to the Emergency Room at Albany Memorial Hospital and was given a two-week course of antibiotics.

“The abscess was still there and it's just getting worse,” said unemployed Meighan.

“It hadn't gone down at all, every night I was in pain. I was on the floor crying and there was nothing I could do.

“I didn’t sleep, I couldn’t eat, I couldn’t do anything. I had green pus dripping down the back of my mouth, when you pressed on my jaw green stuff came out the back."

In November 2017, she visited Albany Medical Center, and after seeing her condition, nurses quickly rushed her to see a doctor.

She said: “He came out and said ‘get her down to CAT scan now’. My jaw, from the back of my mouth to the middle of the chin where the abscess was, was gone.

“He said ‘your teeth are sitting in mush’ and there was nothing they could do for me.”

After being redirected from two more medical facilities, she was finally sent to an oral surgeon at Montefiore Hospital.

She said: “They said they were going to take out the lower half of my infected jaw and were essentially going to clean it all out and put a rod in there.

“I was petrified, I was so scared. My biggest fear was my teeth, always has been; I didn’t have bad teeth I always went to the dentist.”

Meighan had the six-hour surgery in January 2018 and went home a few days later, although her face was still hugely swollen.

The former certified nursing assistant said: “My whole face was numb, it had swollen up to the size of a balloon.

“I’ve had multiple caesareans and this has all been worse.

“I didn’t know your face could swell as big as it did, I didn't know it was humanly possible.”

In March 2018, during a check up, she was told the rod had made the infection worse and she must have another eight-hour surgery to rebuild her jaw using bone from her hip.

She said: “I was so scared when they were talking about taking bones from another place in my body - I had never been through anything like this.

“I came out with a scar on my hip four inches long that goes right up to middle of my back.

“The lower part of my face is numb, from the middle of my lip to the corner of my mouth and my chin down I have no feeling, and this started after that surgery.”

Despite all the procedures, her face still felt irritated and she returned to Albany Medical Centre in June 2018.

Another CAT scan showed the bone from her hip had completely died inside her face and was moving up through her lip.

Surgeons removed it from her jaw and tried to clean the area, and also removed all her teeth to prevent any further infection from spreading.

After they were satisfied that any infection from the dead bone had passed, she was taken in for a major 18-hour surgery to remove bone from her tibia and then rebuild her jaw in September 2019.

She said: “I remember crying, I had a scar on my chest that went down below my breast all the way up to my neck, and I had staples all the way round.

“I had tubes coming out of my legs and a breathing tube.

“My face was so swollen, it was purple and had blood all over, they tried to clean me but there was so much blood.

“I had chunks of blood in my hair and ears.”

She also had a piece of gauze stapled to her face to cover her jaw which was taken off a few weeks later.

Meighan recalled: “It was scary - I had no skin, it was like yellow.

“It was all muscle, you could see the muscle they used from my breast.”

Since then she has had three more surgical procedures to thin down the thick skin on her neck, that had been added from her breast to protect her jaw during the surgery.

Meighan’s frequent hospitalizations, as well as her disability, has prevented her from working since her original root canal in 2017.

These have affected her family, forcing her 19-year-old daughter Deonna to stay home and care for her mother instead of moving away to attend university.

She said: "I can't even go outside in the winter months unless absolutely necessary because shivering is the absolute worst.

"Because it tenses your jaw so much, for me, it's probably the worst pain of this."

While fortunately all her procedures were covered by insurance, she wants to share her story to help others suffering as a result of medical complications to feel less alone.

She said: “People shouldn’t be treated this way, where do you go when it's too hard medically to prove who is at fault?

“I've called so many doctors to see if they can help me and everybody tells me to go back where it started. I cry every day. It is the worst.

"The first thought and last thought of my days are always regarding my face in some way.

"The amount of stress on my body, it's like going to bed being 32 and waking up looking 70.

“I want other people like me know that they’re not alone.” 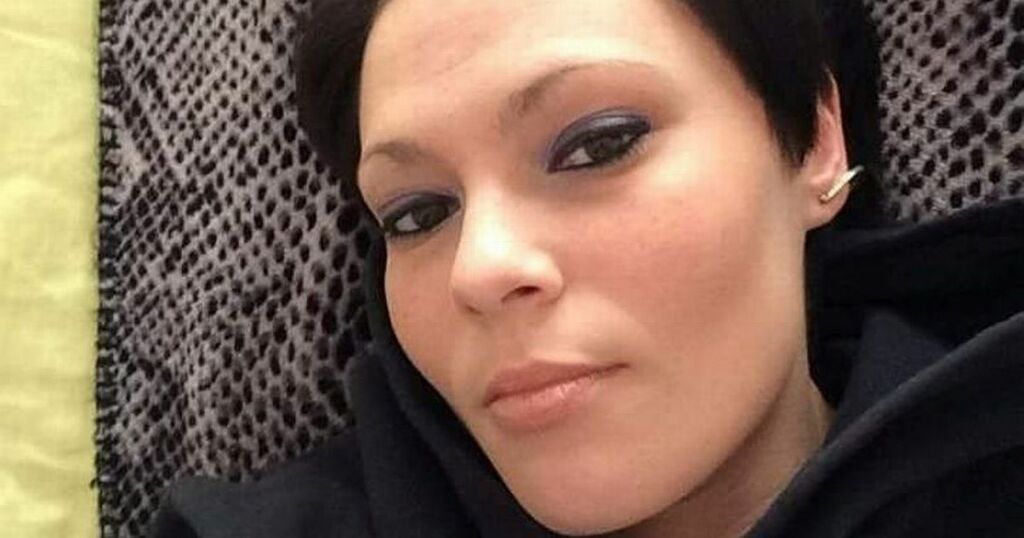 Mum had to have teeth removed and jaw replaced after she got infected tooth
Meighan Maselli, 36, states that complications from the infected tooth have led to her losing almost all of her jaw…

Children and adults forced to live in agony because they are unable to register for NHS care in Somerset, charity…