Mum made heartbreaking gesture every night for missing son 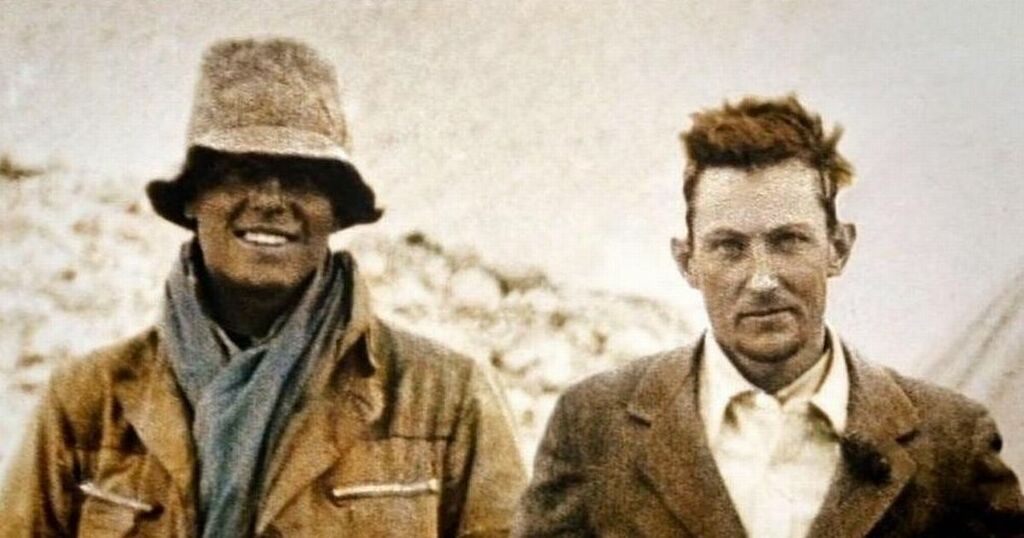 A mum left the hall light on every night in case her missing son came home.

Lillian Irvine was the mum of Everest climber Andrew “Sandy” Irvine who lived in a three-story Victorian house on Park Road South in Birkenhead, Wirral.

Irvine lived during his school days in Birkenhead before he studied at Oxford University and joined George Mallory’s ill-fated bid to climb Everest in 1924.

The pair disappeared on the mountain and a light could always be seen from the Birkenhead street as Andrew's mother hoped he would one day walk through the door.

The mystery of Mallory and Irvine – and whether they made it to the summit of Mount Everest – has fascinated mountaineers for generations.

The climbers left their camp on June 8, 1924 but neither returned. Cheshire-born Mallory, who lived in Slatey Road, Birkenhead, was on his third attempt to climb Everest.

Irvine, 22, and Mallory, 37, were last seen alive at 12.50pm on the North East Ridge by fellow climber Noel Odell and were said to be “going strong for the top”.

Mallory’s frozen body was discovered in 1999 but Irvine’s – and the camera he carried – has never been found.

It was said Irvine, a keen photographer, talented engineer and sportsman, would have recorded any triumph and photographic experts believe his film would have survived.

Irvine and Mallory became national heroes and their disappearance so close to the summit prompted widespread mourning.

In 2004 a plaque was dedicated at Everest base camp in memory of Irvine and fellow old boy of Shrewsbury School Guy Lovett.

Irvine House, as it is known now, became the ESWA sports and social club but shut down in 2012.

It suffered extensive damage in a fire in August 2013 and was later purchased by Wirral firm ND Property Ltd, which has repaired fire-damaged areas, including the upper floors and the roof, and made it ready for renovation.

The building is currently apartments and forms part of 'Heritage Park'.