Mum's little boy was raped after she ignored police warnings 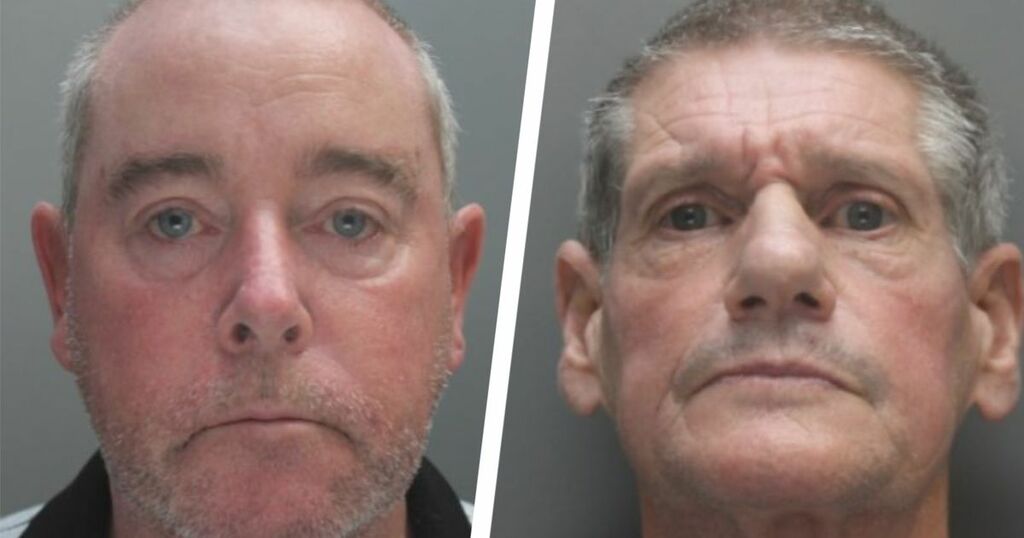 A little boy could have been saved from rape if his mum hadn't ignored repeated warnings from police and social services.

David Bradbury filmed and encouraged William Gamble as the 65-year-old carried out horrific sexual abuse against the child.

Bradbury, 55, later offered to pay the boy's mum £30 for more access to the victim.

The "dangerous" rapists, who "acted as a team", were both jailed for 16 years, with an extended one year on licence, in March.

But the boy's mum, who cannot be named because that would identify her son, appeared for sentence, after she admitted child neglect and conceded that she had deliberately and repeatedly exposed her son to the risk of sexual abuse.

Sarah Holt, prosecuting, said the mum confirmed this was true, but said: "They’re fully clothed, you know, nothing like that."

An officer told her he had "real concerns", this contact should stop and under no circumstances should Gamble be left alone with the boy.

Ms Holt said the mum claimed she wanted nothing more to do with Gamble and the officer spoke to the boy, who said he was friends with Gamble, but didn't disclose any abuse.

Following concerns raised by the officer, a social worker was allocated to the family, who later discovered the boy was at Gamble and Bradbury's home in St Helens.

The court heard the mum said she "couldn't say no" to the pair and the boy was seen with his head in his hands, shaking and repeating: "I hate my life."

The mum again said she wouldn't let her son go to their home and was told not to let him speak to them unsupervised.

However, social services later found Bradbury had talked to the boy unsupervised and the boy had asked his mum if he could visit them, because he missed them.

Later that day, the mum sent Bradbury a text message saying: "Send him home at 7 please."

In a reply from his phone, Bradbury asked the mum whether he could sleep in bed with her son on three occasions, adding: "I will give you 30 pound."

She replied: "No, not allowed social worker said so."

On another day, she text Bradbury saying "thank you for the crisp Dave" to which he replied "no thanks needed can I just ask can I see him any" and she answered "when the social worker says so I got a by by her".

Ms Holt said social services decided the boy was "at risk of significant harm" and a safety plan was outlined to the mum.

She was invited to an "Initial Child Protection Conference", but later on the same day she received the invite, her son was twice filmed being raped.

It was decided at the conference that a child protection order should be made, under the category of neglect.

The mum was told her son should not have any contact with the couple and said she had been following the safety plan.

The court heard the mum was reminded of this on three further occasions.

However, on a further date her son asked her on WhatsApp if he could go to the couple's house and she gave him a time to be home.

There were numerous video calls between the boy and Gamble and in one voice note the mum asked her son to be home by 9pm.

Ms Holt said the mum also sent a photo of her son lying on a rug and two photos of the boy in school uniform to Gamble.

Three videos were created on two further dates, which showed the boy being raped at Gamble and Bradbury's home.

The mum and Gamble exchanged further texts and calls, before she was visited by two detectives and a social worker, when she claimed she hadn't seen the couple recently.

The abuse was only discovered after Gamble and Bradbury uploaded an image of child abuse, not involving the same boy, to Facebook.

When police raided their home they discovered indecent photos and videos, plus sweets, toys and games, used to groom their victim.

The boy's dad said his son was too distressed to talk about the abuse and the court heard he has "conflicting" feelings towards his mum, who he now sees under supervision for three hours a week, via social services.

Ian Morris, defending, said the remorseful mum had been "vulnerable" and Bradbury and Gamble "preyed" on her and took advantage of this, having gained her trust.

He said they offered her help, both financially and otherwise, and character references for the mum referred to how the couple portrayed themselves as kind and good people.

Judge Neil Flewitt, QC, accepted the mum had been susceptible to pressure from the rapists, who had been kind to her.

However, he said: "That kindness had a sinister motive behind it. You may not have been aware of their intentions from the outset, but when you were aware, you repeatedly ignored those warnings."

The judge said the mum deliberately breached the agreement she reached with social services and when invited to the child protection conference "that very same day your son was raped".

He said she was repeatedly told there shouldn't be any contact between her son and Bradbury and Gamble, but the video calls continued, and she continued to let her son visit them.

Judge Flewitt said why she would have thought they wanted the photos she sent them against that background "defies belief".

He said: "Those offences would not have happened if you had followed the advice you had been given. You may have been vulnerable, but you were not so stupid that you did not appreciate the risks.

"It was acknowledged on your behalf that you deliberately and repeatedly exposed your son to the risk of sexual abuse."

Judge Flewitt said: "It is hard to imagine a more serious form of neglect."

He jailed the mum for four years, after giving her one third credit for her early guilty pleas.

Anyone with information about or who wants to report a sexual offence allegation can call police on 101, where you will be spoken to by specially trained officers, or you can pass information to Crimestoppers, anonymously, on 0800 555 111.