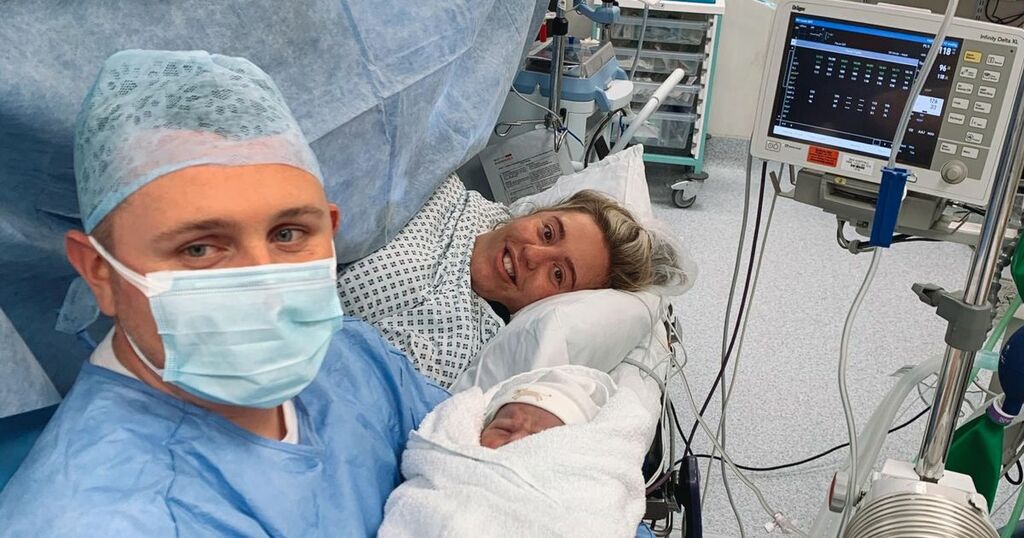 A mum whose baby was born with half a heart said she lived through the “scariest days of her life” after his birth.

Becky Holden, from Newton-le-Willows, gave birth to her son Bobby Patrick McGann on October 15 and she said he was '‘all she had ever dreamed of'.

Bobby Patrick spent the first 100 days of his life in Alder Hey Children’s Hospital after being diagnosed with a serious heart condition called hypoplastic left heart syndrome, also known as half a heart syndrome. The condition is rare, affecting approximately one in 5,000 babies.

One week after her son was born, 25 year old Becky received the 'massive shock' that her baby had just half a heart.

Becky Holden told the ECHO : “Bobby's journey was a rollercoaster but we got there in the end, it really played on us mentally as it was all just a whole new world we were stepping into and some days were the scariest days of our lives so far.”

Hypoplastic Left heart Syndrome is normally picked up on a 20 week scan and Becky previously told the ECHO that it’s rare that his case wasn’t noticed earlier.

Becky also said: “[His condition] is not curable and he has already had two open heart surgeries at Alder Hey and is planned for a third one in the future.

“After the final surgery there are no others for his condition at this moment.

“You never know what the future may hold, he may end up needing a heart transplant when he’s older or he may not.”

Despite only 'having half a heart' Bobby seemed healthy when he was born. It wasn’t until a full week later that his parents say they got his diagnosis.

Speaking to the ECHO previously , Becky said: "When I found out about his condition I was in utter shock and felt numb, I didn’t feel as if it was real what I had been told as we had no idea about it."

She added: "When he was born he didn’t look poorly. He was so alert from the moment he was born his eyes were open.

"I had that full first night with him and he was fine, the only thing that was a slight concern was that his breathing was a little bit quicker but they said they would settle and by the morning it still hadn’t so he was on the neonatal ward for five days before we got transferred to Alder Hey.

"The main thing is that Bobby is here and he is the bravest little boy I know, his fight and strength amazes me more and more everyday."

Bobby lives in Newton-le-Willows with his mum Becky, 25, and dad, Connor McGann, who is 26.

Little Bobby’s hospital treatment fell during last year’s Coronavirus lockdowns, posing another challenge for the family due to restrictions required.

Becky said: “It was really hard as it was in the height of covid so we didn’t actually get to see any family members until January properly when we brought him home. That’s the first time they met Bobby. As I’ve learnt now it is never going to be an easy time being in hospital.”

Becky said: “Alder Hey have been amazing with us. They were really good with both me and my partner in dealing with the shock of it all at first and helping us get through that time.

“We can’t thank everyone enough all the nurses that looked after him in the ICU, HDU and the cardiac ward, and for the surgeons for saving him.”

James has been a chef for over 45 years, working in Michelin star restaurants both in the United Kingdom and abroad.

The event includes a raffle and an auction with prizes donated by local businesses.