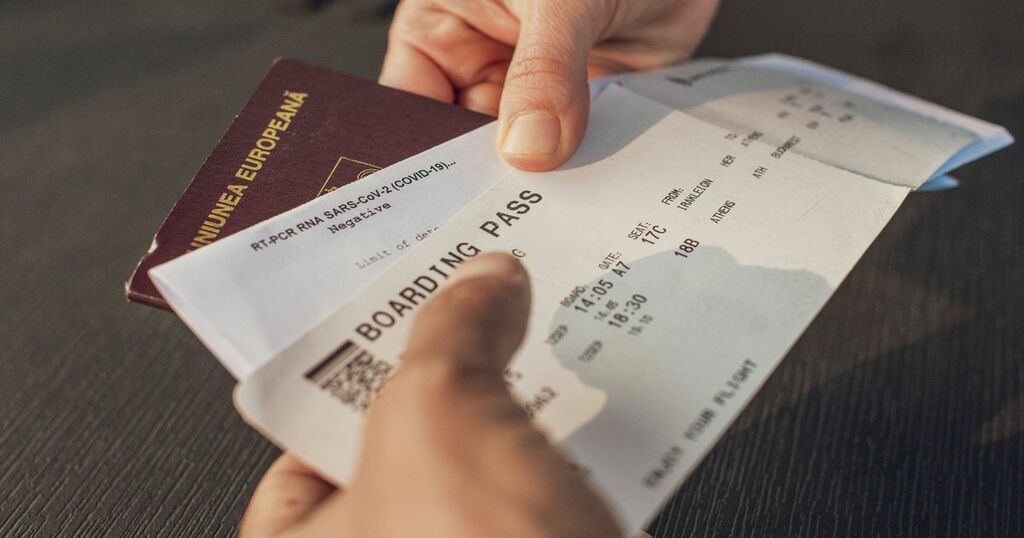 An American airline company has come under fire from a parent after she was unable to buy her child a gender 'X' plane ticket.

Dawn Henry, from Arizona, has accused Delta Air Lines of "discrimination" for only offering male and female genders during the booking process - while her 21-year-old identifies as non-binary.

The 52-year-old parent shared a series of tweets last Thursday (January 6) explaining how she had wanted to surprise her adult child with a plane ticket as a gift but found herself prevented from doing so, due to a lack of gender options.

Her posts come three years after Delta and a number of other U.S. airlines announced they would update booking tools to be more inclusive of non-binary passengers.

Taking to social media, the mum said: "@Delta is discriminating against #nonbinary individuals and not allowing them to fly despite legal ID issued by states that allow X on birth certificates and state-issued IDs."

The parent went on to explain that the Transport Security Administration (TSA) requires boarding passes to match state-issued ID and while TSA accepts 'X' as a gender marker on ID, certain airlines still don't recognise it.

Guidance on the TSA website, an agency within the U.S. Department of Homeland Security, currently states: "When making a reservation, you are encouraged to use the same name, gender and birth date as indicated on your government-issued ID."

According to Henry, her child has an 'X' marker on their birth certificate and Washington state driver's license, but she wasn't able to put the same on their boarding pass for a flight.

She continued to share details of her conversation with Delta customer services, saying that the rep she initially spoke to "was really trying to help" but was "unable to change the gender designation to X."

"After some time on hold, a @Delta supervisor in Atlanta came on the line and told me that their system only uses male/female and I can only use one of those.

"I explained again that my adult child is #nonbinary and #LGBTQ and their ID is X and TSA requires them to match.

"The @Delta supervisor got short with me and said, sorry, that’s the policy."

The mum claims she told the supervisor the policy was "discriminatory" and eventually hung up as she realised they were not going to help her.

Henry then took to Twitter to call out the company, writing: "Gender identity is protected under the Civil Rights Act. How is @Delta’s disparate treatment in refusing to issue a ticket with the correct TSA-required legal #nonbinary gender marker legal?"

The tweets went viral, sparking a lot of outrage from fellow users.

Following the backlash, a spokesperson for Delta Air Lines told NBC News that a non-binary option will be introduced to their booking system sometime this year but that it's not an easy fix and requires the involvement of multiple departments.

They added: "Delta Air Lines is a proud, long-time supporter of the LGBTQ+ community and we understand that being seen and acknowledged is part of having an equitable travel experience.

"While we quickly shifted focus due to COVID in early 2020 to helping customers navigate the rapidly changing environment and government regulations, we are back on track to be able to offer a non-binary gender option in our booking systems in 2022."