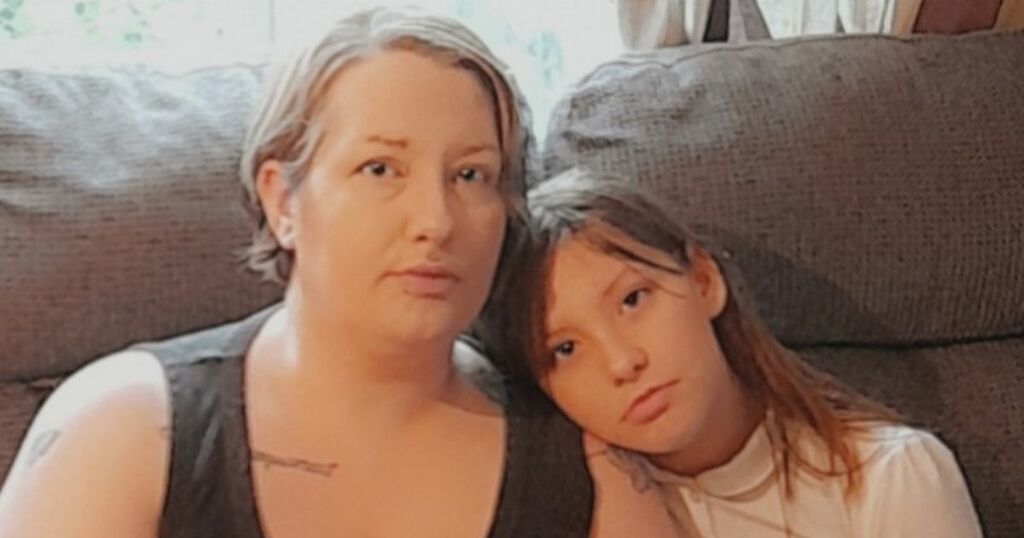 A mum has been banned from school grounds after police were called when she protested the treatment of her daughter after she returned from having Covid.

Rebecca Barratt and her partner Paul Breese both attended the school on separate occasions to express their outrage after their 10-year-old daughter, Isabella, was banned from going outside on her breaks.

The parents say the youngster was told she must stay inside during break-times to protect the other students from Covid and to catch up on her work, reports the Mirror.

Rebecca says following a positive coronavirus test, Isabella was instructed by the school that she could return after four days in isolation.

But, after seeking guidance on the NHS website, she had decided to keep Isabella at home for longer as her sore throat and headache symptoms had persisted.

When Isabella returned to school on September 27, she says teachers informed her she would be subject to break-time restrictions.

Mum, Rebecca had gone to the school on September 30 and two PCSOs were called in.

Paul had also gone to the school the day before, with a similar outcome.

The couple deny having behaved in any way that was abusive or threatening.

Now the pair have both been banned from Landau Forte Academy Greenacres in Tamworth after the row.

Rebecca blasted the school as 'disgusting', saying: "I felt totally humiliated. The school's attitude has been totally disgusting.

"All I wanted was answers. It is totally over-the-top. I've been painted as aggressive and threatening, which I've never been.

"Why should my character be damaged when I've not done this?

"My daughter has been told to stay in and made to feel dirty because she was ill. She has been punished for being poorly."

In a letter to the couple, the school said the couple's behaviour was "distressing" for staff.

The letter said : "I am writing to you concerning your abusive and aggressive behaviour at Landau Forte Academy Greenacres on Wednesday and Thursday.

"Your interaction with members of staff has become increasingly distressing, including your use of inflammatory language.

"The school and trust has continued to try and give you and your child every possible element of support, but unfortunately it has not been possible to work out a way forward that meets your requirements.

"Going forward, you are banned from the premises with immediate effect except to collect your daughter from outside the school gates."

The letter also warned that if the parents fail to comply, they will take action under Section 547 of the Education Act 1996 to remove them from the premises or an application will be made for a court injunction.

In a later statement, the school added: "As a school we have followed the Covid-19 guidance provided by Public Health England and the Department for Education.

"We have put in place recommended Covid precautions to minimise the risk of transmission at the school, and will continue to follow these in order to protect pupils and staff."