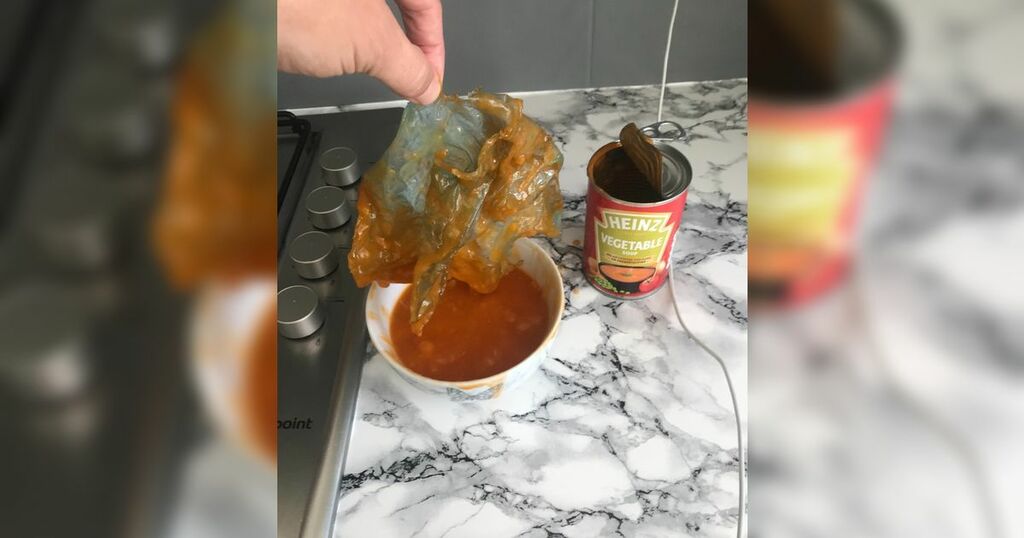 A mum was 'disgusted' after she claims she found a plastic bag in a tin of Heinz vegetable soup.

The 43-year-old mum from Knowsley, who asked not to be named, had just got home from a busy day and decided a tin of Heinz vegetable soup for a quick tea.

After opening the tin, which she bought from Asda in Huyton whilst shopping with her mum, she claims she spotted something unusual in the tin.

The 43-year-old told The ECHO: "At first I thought it was a rodent in the tin, but after pouring some of the soup into the bowl I realised it was some kind of plastic bag.

"I was mortified and disgusted. I was talking to my family about how my granddaughter loved vegetable soup, I can't stop thinking about what would have happened if I gave it to her.

"I got mum to check her soup as well because she bought some at the same time."

After finding the plastic bag, the woman from Knowsley got in touch with Heinz customer services to tell them what she found.

She said: "I got in touch with them because I didn't know if this was just me or if it was in other people's tins.

"Our piece of plastic was really big, but what if some bits were smaller or had broken off? You never know with this kind of thing.

"I'm just concerned that this might have happened to other people too and I want to warn them."

Heinz confirmed they would be completing a full investigation into why plastic was found in the tin.

A spokesperson from Heinz said: "The quality of our foods is always our first priority so we were very sorry to hear about this.

"At all times we adhere to strict and exacting preparation and manufacturing measures, as well as quality checks at every stage to ensure no foreign matter can enter our products.

"We will of course be undertaking a full investigation just as soon as the item is returned to us.”