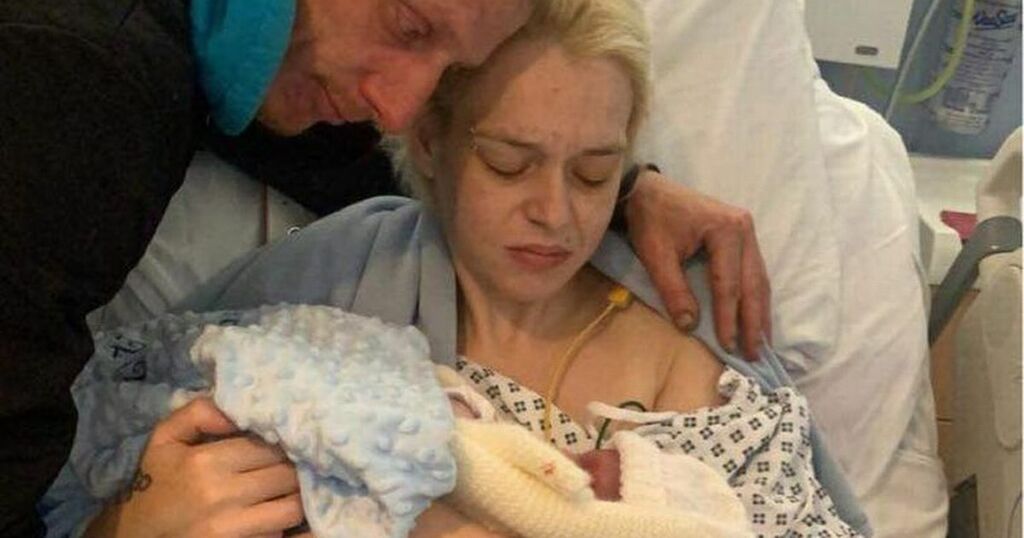 A family who are grieving the death of their stillborn baby boy are trying to raise money for a headstone, giving him the 'send off he deserves'.

The family of Leo Ted Barber, from Carlisle, have been left heartbroken after the delight of meeting their new-born baby was snatched away from them, just one day before he was due to be delivered by a planned caesarean section.

Leo was due to make his entrance to the world on September 27, a week earlier than originally planned after his mother, Lisa, was told that his weight had began to drop slightly. On the day of the C-section, doctors informed the parents that they could not find a heartbeat.

Lancs Live reported the story after the family confirmed that Leo was tragically born asleep at 38 weeks, having been delivered at 7am and weighing 6lb 2oz. They were allowed to stay for two days and cherish the small amount of time they could have with him, before saying goodbye.

Speaking on her tragic loss, Lisa said: "I went in to have him for a planned C-section but they moved it forward on the 20th. He was all fine but had dropped a bit of weight so they'd moved the C-section forward. I went in on September 27 to have him and I was all ready for theatre and they said we'll just check his heartbeat before we take you down and they told me that his heart had stopped. The next day I went down to have him."

Lisa and her partner Chris were joined by Leo's older sister Scarlett to spend some precious time with him, before coming home from the hospital.

Speaking on the time they had with Leo, Lisa said: "The first day was amazing. They had me in a profile bed that sat up and his freezer cot was quite high up so I could see him and hold his hand and it was amazing. On the second night they moved my room and it was a flatbed and because the cot was so high I couldn't even sit up to see him.

"I pressed the buzzer because I was so upset that I couldn't see him so they put him in a cool Moses basket. The bereavement team were absolutely brilliant. They made footprints and we got him Christened and we have memory boxes."

Leo's older sister Scarlett, who is nine, also got to meet her little brother. Lisa wasn't sure if allowing Scarlett to see him was the right thing to do, but in the end, they decided that the opportunity was too important to pass by as they might have regretted it in the future.

The 27-year-old said: "We gave her [Scarlet] the choice and I'm glad we did. Instead of her asking questions, she was able to see him and hold him and dress him. She was so brave."

The local community have also shown signs of support and togetherness for Lisa and her family as they have helped raise the necessary funds for his funeral, in the hope that they can provide a horse-drawn hearse for the day and help cover the costs.

Lisa and Chris have shown their gratitude for anyone who has supported them and helped out with a contribution towards Leo's funeral.

She said: "I didn't know I'd get this much support and it's been amazing. We've got the money for the horse-drawn carriage but we've got no money for the headstone. We just want to give him the send-off he deserves."

The funeral will take place on Monday October 11, if you would like to donate to the Go Fund Me page, click here.