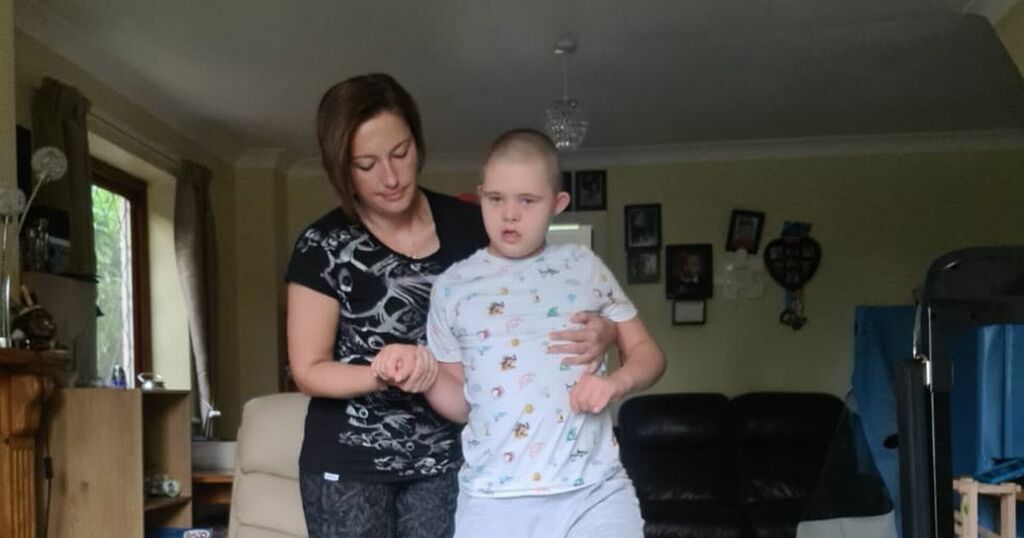 A woman whose son spent over six and a half months at Alder Hey hospital has praised the ‘heroes’ who saved his life.

Rafal Adamiak, who has just celebrated his 13 th birthday, underwent a staged bilateral hip reconstruction at the Liverpool hospital in 2019 and underwent two different surgeries.

Last month, he was discharged after a follow-up visit.

Now that his surgery is complete, Rafal is looking forward to being able to play his favourite sport, football, once again.

Football fanatic Rafal was diagnosed with acute myeloid leukaemia (AML) as a baby, after being born with Down’s Syndrome.

Rafal and his mother spent six months at Alder Hey so he could undergo life-saving chemotherapy.

The pair live on the Isle of Man and were unable to get the treatment Rafal needed there.

Praising the work of the doctors and staff at Alder Hey, Rafal’s mother, Gosia, said: “They’ve been taking care of my son since he was born, my son is alive because of them.

“At the first appointment at Alder Hey, they found out that unfortunately my son had AML and they said that he's got only a small chance of survival.

“We went ahead with the treatment and stayed at Alder for six months without going home.

“All of those six months he had chemotherapy. He was super poorly at one stage he was fighting with five or six infections at one time, so we were prepared for the worse.

“That was the first time the Alder Hey did something absolutely amazing for my son. After cancer treatment, he was in remission.”

Over the next few years, Gosia began to notice other issues with Rafal’s physical health, in particular the way he was walking.

Despite clear signs that her son was suffering, Ms Adamiak was accused of simply being an overprotective mother until a doctor from Alder Hey visited the Isle of Man and saw her son.

After this, they were referred to doctors at the hospital to get Rafal the surgery he needed.

The pair then spent a further six months at the hospital, with Gosia praising surgeon Chris Talbot in particular for the work he did, along with all the staff at Alder Hey.

Now that his surgery has been completed, Rafal has been able to return to his favourite hobby of playing football.

Speaking about the joy it brings Rafal and the difference the operation has made for him, Ms Adamiak said: “In April 2020, the teachers couldn’t believe how mobile he is now, they said ‘he is faster than we are!’

"The year before he couldn’t manage to play football for ten minutes. The year after he could play for a whole hour.

“The difference is unbelievable.

“I can’t even describe to you the happiness my son has when he’s playing football. He can’t play with toys, we have a thousand toys at home, but he doesn’t understand how to play with them. Football is his only happiness.

“Rafal is non-verbal so we have been trying to teach him sign language, the only word he can sign now is ‘ball’.”

Gosia had been planning to move her and her son to Liverpool permanently over the summer in order to make sure Rafal can get the physiotherapy he needs. However, they have been unable to secure a house.

Following his time at Alder Hey, the staff nominated Rafal and Gosia for a ‘Heroes of Mann’ award for their inspirational story.

Speaking about the award, Ms Adamiak said: “there are no words that reflect how much this award means to me and Rafal.”