Mum, 37, 'loses her sight' every time she has a hot shower 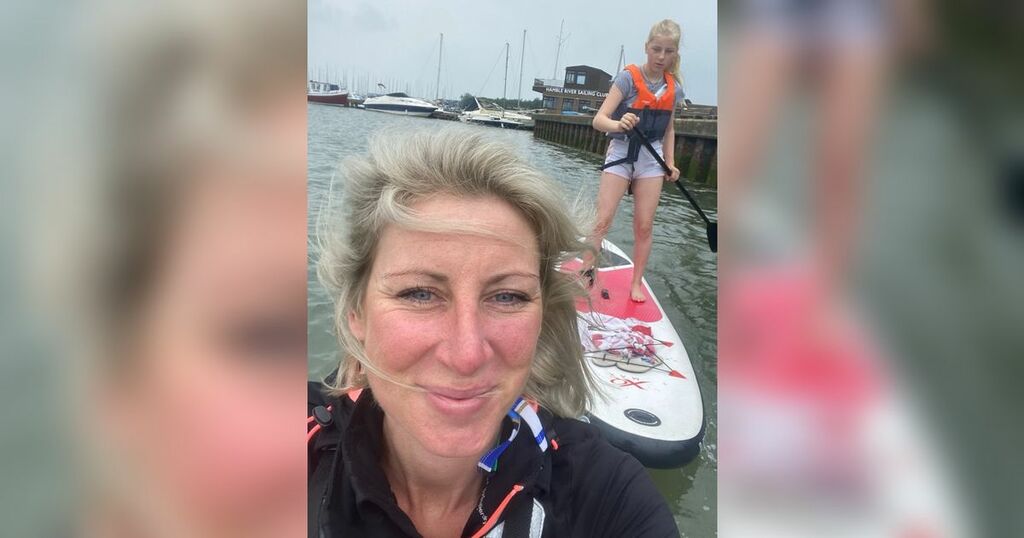 A mum-of-two loses her eyesight every time she has a shower.

Samantha Stevens was diagnosed with relapse remitting multiple sclerosis, a neurological disease which attacks the brain and spinal cord, when her daughter was just a year old.

The now 37-year-old explained how the first warning sign of her condition was the sudden loss of eyesight in one eye.

She told the ECHO: "My daughter was a year old and I just lost sight in one of my eyes, I think MS can quite often present with visual disturbances.

"My auntie struggled with MS for a long time and she got to the point where she lost mobility in her arms and legs and I saw that growing up, so my first thought was 'oh no am I going to end up bed ridden' as many with the condition do.

"I am fortunate that when my core temperature goes back to normal I do regain my sight."

The Multiple Sclerosis society estimates that there are over 130,000 people with MS in the UK, and that nearly 7000 people are newly diagnosed each year.

Samantha, from Newton-le-Willows, now cares for her two daughters on her own, despite her condition progressing further and requiring a walking stick to walk.

She said: "A lot of the time, with the relapses, you will have a problem and your immune system will sort of repair itself, but now that I'm in the progressive stage of my disease, there isn't any repair now.

"I have extra aids at home, extra rails and equipment in the bathroom to help me with my showers and that sort of thing."

The mum-of-two believes her devastating condition has strengthened her relationship with her two daughters aged 11 and 14.

She said: "There are small things like struggling to fill in a form when my kids bring them home from school because I struggle to hold a pen.

"My kids actually help quite a lot with cooking, and lifting pans from the cooker to the sink and so on. They've almost taken on sort of a carer's role which is rubbish because you hope your children will have as much as a childhood as they can.

"My older daughter understands the disease and its effect and she definitely worries, but I'd say it affects our relationship positively because I think they have a lot of admiration for me and what I have to do without the help of her their dad.

"He left when things got bad to have a better life without the burden of me I suppose, so it is just me and the girls."

Samantha is on a waiting list for NHS treatment but believes her best hope is to travel abroad and receive experimental stem cell treatment, that she claims to have up to a 76% success rate in treating her condition.

She said: "It is a risky and potentially dangerous procedure but I really don’t have many options. If there’s even a small chance that my disease progression can be stopped I’m willing to take the risk."

Samantha is raising money to help fund her trip for treatment, you can donate here