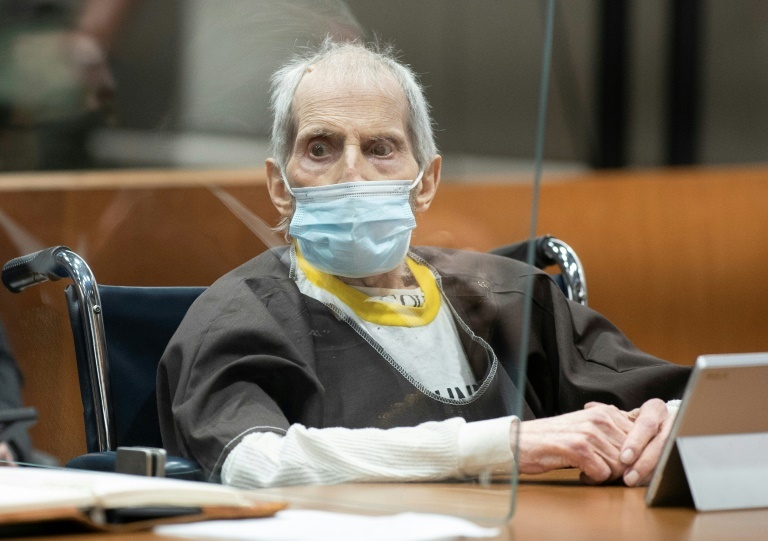 Los Angeles (AFP) - Real estate heir and convicted murderer Robert Durst, who was jailed for life for the killing of his best friend, died Monday in a California prison, his lawyer said.

Attorney Chip Lewis said the 78-year-old succumbed to "natural causes associated with the litany of medical issues we had repeatedly reported to the court over the last couple of years."

Durst was convicted last year of the December 2000 shooting of Susan Berman in her swanky home near Los Angeles.

Prosecutors said he had murdered her to prevent her from incriminating him in a police investigation into the disappearance of his first wife, Kathleen Durst, 18 years earlier.

Durst's wife was just 29 when she vanished.Her body was never found.He was finally charged with her murder in October last year.

Multi-millionaire Durst was the subject of an explosive HBO documentary entitled "The Jinx: The Life and Deaths of Robert Durst."

In its stunning finale, Durst is heard muttering to himself, "Killed them all, of course" -- apparently unaware that a microphone he was wearing during the recording of that episode remained switched on while he was using the restroom.

The docuseries also delved into the 2001 death and dismemberment of Durst's neighbor in Texas, Morris Black.

Durst claimed that killing was self-defense.He was acquitted.

Durst was the grandson of the founder of a large Manhattan real estate firm.His share of the family fortune was estimated to be around $100 million.