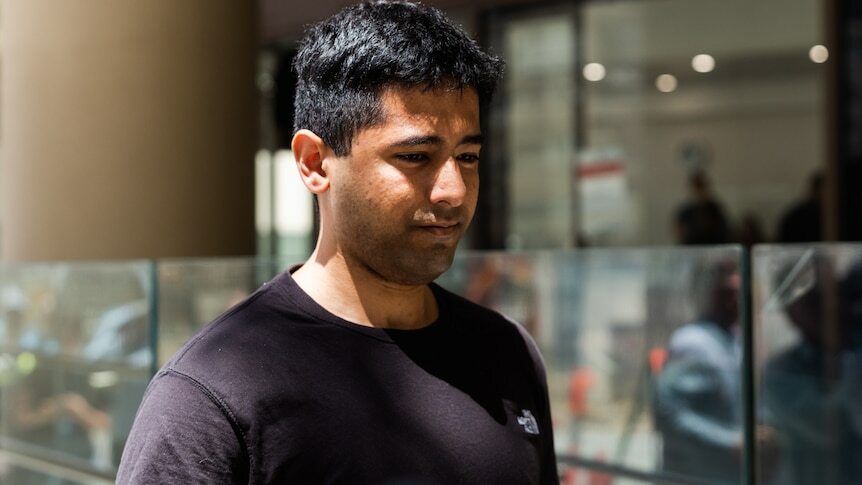 A Perth man accused of the online sextortion of hundreds of girls from around the world has been jailed for sexually abusing a 14-year-old girl after he saw her social media profile and "viewed her as promiscuous".

Muhammad Zain Ul Abideen Rasheed, 26, began sending sexually explicit messages to the girl on Instagram in August 2019, and within eight days he had met up with her twice and repeatedly sexually abused her after driving her to a local park.

The District Court heard that after the first meeting, he gave the girl $115.

During the second meeting, he also took indecent photos of the girl, who had told him she was 14. Those pictures were later discovered by her mother who reported him to police.

State prosecutor Richard Lienert said the girl sent a text message to Rasheed revealing she had given a statement to police, and Rasheed replied by telling her to delete the photographs and his telephone number.

However, police already had them.

The offences pre-dated Rasheed's arrest by the Australian Federal Police on hundreds of charges of what was described as the "sextortion" of girls from around the world.

Those charges relate to allegations Rasheed pretended to be a teenage social media celebrity to befriend girls, before blackmailing them into performing sexual acts on camera.

Rasheed's lawyer, Mark Andrews, said  his client intended to plead guilty to all the 334 charges he was facing, but there had been a delay with Commonwealth prosecutors "crystallising" the case against him.

He said he was next due in court on those charges later this month.

Mr Andrews told the court the offences against the 14-year-old girl were the result of Rasheed developing an "obsessive sexual interest in young females".

He said before his client committed the crimes, Rasheed had realised the obsession had become "problematic", but "sadly" he had not taken any steps to seek help.

The court heard the 26-year-old was born in Pakistan and had migrated to Australia aged five with his family, who were described as deeply religious and strict.

Mr Andrews said Rasheed faced significant cultural issues that had impaired the development of his social skills, particularly his dealings with females.

He said those issues, including feeling lonely, had led to Rasheed's "unhealthy obsession" with pre-pubescent girls, which he now planned to address through counselling.

Judge Michael Gething said Rasheed had targeted the girl after he looked at her profile on social media and "viewed her as promiscuous".

He said Rasheed had then "groomed" the girl before offending against her in a "sustained and calculated" way.

Judge Gething accepted that Rasheed's upbringing had contributed to him developing a distorted sense of sexuality, and that he was now deeply and genuinely remorseful for what he had done.

He also took into account Rasheed's early plea of guilty to the seven charges against him, noting that it spared the victim from having to give evidence in court.

He sentenced Rasheed to five years and four months in jail, with an order that he be eligible for parole.

Rasheed will have to serve three years and four months behind bars before he can be released, meaning with time already served, he will first be eligible for parole in February 2024.