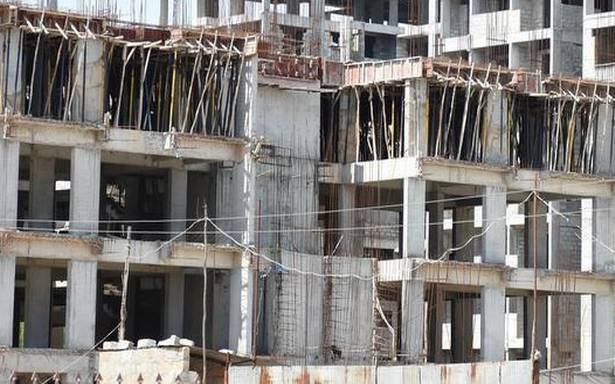 The Mysuru Urban Development Authority (MUDA) is set to give thrust to vertical growth of the city with the launch of group housing scheme on the lines of BDA apartments.

The high-rise apartments of MUDA will be designed to be G+13 or G+14 buildings and will be the tallest for a city where the Floor Area Ratio (FAR) was kept low to discourage vertical growth all these years. FAR or floor space index is the maximum permissible area on which construction is allowed on a given plot of land

Besides, lack of transportation network connecting the outskirts of Mysuru to the city-centre has resulted in a scenario where vacant plots or sites have become an instrument for long-term investment. But the end-users keen to have a house of their own, are increasingly prefer to live within the city limits. This is to minimise daily commuting apart from access to civic amenities including schools, colleges, banks, ATMs, healthcare facilities and recreation.

The private players in the construction sector perceived the changing trend and mood of the end-users and went ahead with apartment construction which is now gaining traction.

But the MUDA’s low FAR was also a deterrent for the private players to construct beyond the existing norms of G+6 or G+8. Now this is set to change as the MUDA itself is planning G +14 units. The decision to opt for vertical growth also stemmed from the growing realisation that land around Mysuru commanded a premium price and was increasingly difficult to come by and the waiting list of MUDA site aspirants threatened to get longer.

To ascertain public feedback, the MUDA is now conducting a demand survey for its group housing scheme under which it intends to construct 1,960 flats in the city on the lines of BDA apartments.

The aim is to assess the public response to the concept besides ascertaining the area preferred by them so that the bulk of the construction could be concentrated in such places.

The survey was launched recently and the app (Mysuru UDA) can be downloaded from the MUDA website ‘mudamysore.gov.in besides being available for download from Playstore.

MUDA chairman H.V.Rajeev said that the proposal is to construct quality apartments in three localities of the city including 2-BHK houses at Dattagalli and Vijayanagar while 1-BHK units will be constructed at Sathgalli.

The project cost has been pegged at ₹452.60 crore and the MUDA members have already given their concurrence to the project. It entails constructing 1,008 1-BHK apartments as well as 952 2-BHK. The 1-BHK units will cost around ₹14.83 lakh, and 2-BHK units will cost between ₹29.94 lakh and ₹33.80 lakh, according to the MUDA authorities.