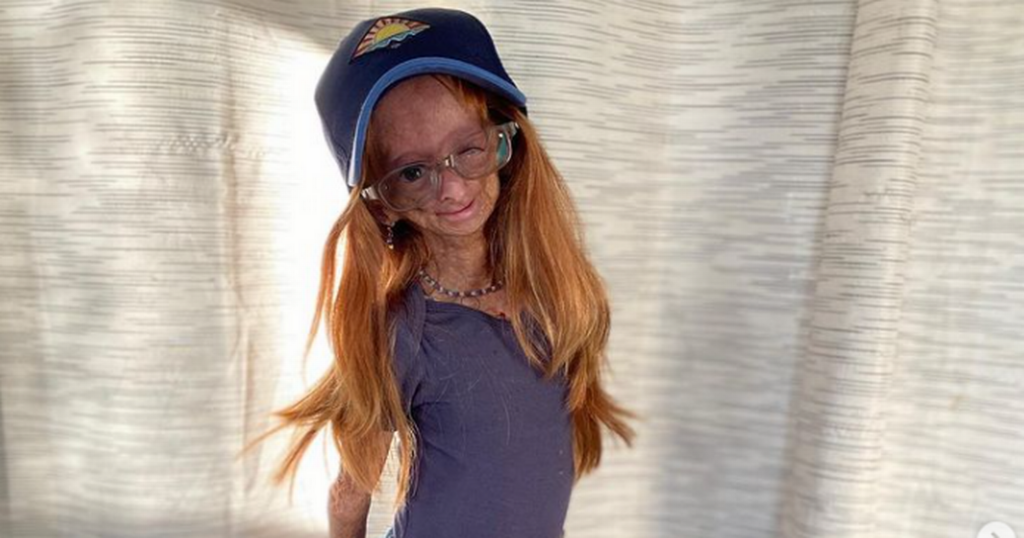 The Texas-born YouTube sensation, who accumulated almost three million subscribers by sharing various beauty tutorials, was diagnosed with Hutchinson-Gilford progeria when she was three-months-old

In an Instagram post delivered to Adalia's account yesterday, her heart-broken family wrote, "January 12, 2022 at 7pm Adalia Rose Williams was set free from this world. She came into it quietly and left quietly, but her life was far from it.

"She touched MILLIONS of people and left the biggest imprint in everyone that knew her. She is no longer in pain and is now dancing away to all the music she loves.

"I really wish this wasn’t our reality but unfortunately it is. We want to say thank you to everyone that loved and supported her. Thank you to all her doctors and nurses that worked for YEARS to keep her healthy."

She leaves behind her mother and step-father Natalia and Ryan Pallante, as well as her three brothers Marcelo, Niko and Emiliano.

The condition, which affects fewer than 500 children worldwide, is categorised by accelerated ageing. The average life expectancy is around 13-years-old.

Adalia's mother Natalia reported in 2018 that doctors had noticed something was wrong within a few months of her birth.

She told the New Zealand Herald : "When Adalia was born, I think it was she was like a month old and they weren't happy with her growth.

"That was one of the symptoms that first popped up and then it was also that the skin on her tummy was really tight and just different looking."

At three-months-old, Adalia began to lose her hair, her skin thinned out her veins also became visible.

Natalia, who soon providing her daughter with several siblings, added: "I was a single mom at the time, so when I got the diagnosis I was alone. It was just her and I and I honestly felt lost."

Her step-father Ryan, whom Natalia met just after Adalia was born, also revealed at the time: "We don't even really say the word "progeria" very often, we just treat her like a normal 11-year-old and try to give her the best life."

Fellow YouTubers Desi Perkins commented on the Instagram post: "My heart breaks to hear this. I was lucky to have met her and to see how amazing she was. She touched so many people with her amazing energy. I’m so sorry for your family’s loss. I will be keeping you in my prayers. Rest in paradise angel."