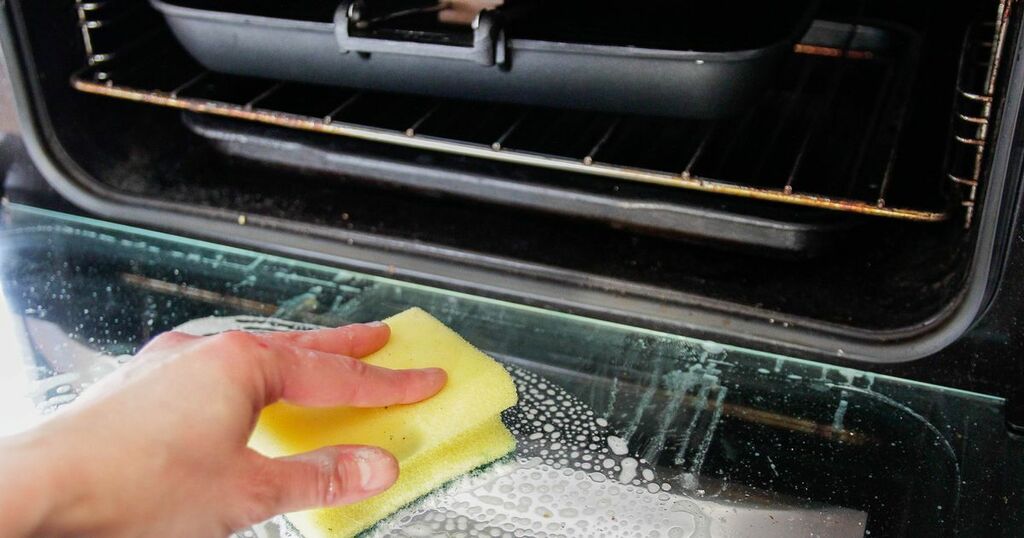 Mrs Hinch fans are gobsmacked after trying out an unusual cleaning hack for burnt oven shelves.

Across Mrs Hinch inspired Facebook groups, house-proud folk have been asking for advice on cleaning their oven after heavy use over Christmas.

While many have suggested the likes of Oven Pride, some have been suggesting a unique cleaning hack for getting the grease and burnt marks off of their oven shelves.

Suggesting a more 'natural' way, the users of the groups are being encouraged to leave their oven shelves outside on the grass overnight.

The trick is to put the oven racks outside on the grass the night before and in the morning, the dirt should be a lot easier to wipe away, leaving the racks gleaming.

On Mrs Hinch Cleaning Tips and Tricks, the trick has been put to the test to save the need for heavy scrubbing.

One posted their results, thinking it was 'a joke', after spotting the suggestion earlier on in the weekend.

The woman said: "I gave it a go and I am IMPRESSED.

"I put my oven racks outside in the grass and left them there for about 24h, when i took them in this morning they just looked exactly the same as when i put them out."

She went on: "But once i started to wash them (washing up liquid and a sponge) everything came very easily off.

"I must admit I thought it was a joke at first but I'm happy I gave it a go."

Alongside the post she added photos of an oven rack that had grease burnt onto it and a second photo of the same rack sparkling.

Another woman shared her result too after feeling sceptical of the strange suggestion - after all, it's just grass.

Posting images of her oven shelves black with burnt grease on the grass, the Hinch fan admitted that the trick did work to an extent.

She said: "Seems like utter madness, but we will see!! Quite excited to wake up in the morning!

"UPDATE..... they looked the same when I got them in but easily washed with just a bit of scouring, so it did sort of work but I was disappointed that the fairies (or slugs) didn't make them sparkle!!!"

The most gathered 2k likes and reactions and 3.4k comments.

Fellow avid cleaners have been commenting on the posts, confused as to how it works and wondering how much of their house can the grass clean.

Fran replied: "This can’t actually work? If it does I will be leaving my entire cooker out there."

Another said: "You just leave them outside and the foxes come and lick them clean."

Kate joked: "Could be squirrels and rats having a tea party."

A fourth added: "I did this with a grill pan and it was covered in slugs the next day but they did eat the burnt bits off.'

But Sam suggested: "The dew works with the enzymes in the grass to remove all the grime."

Danielle also asked: "If I put my teenage son outside will it clean him too?"