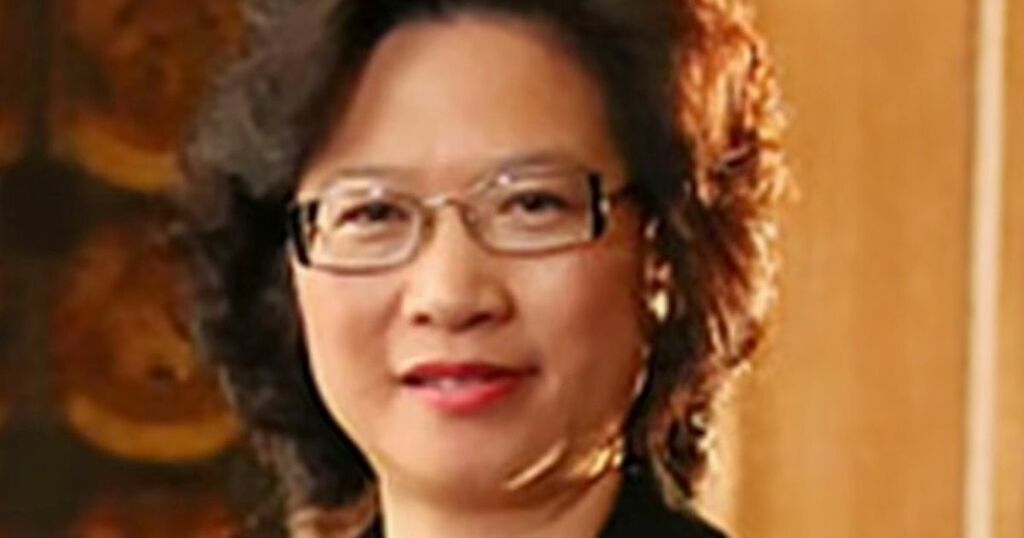 Westminster has been rocked by a spying scandal after MPs were told "an agent of the Chinese government" is "active in Parliament."

MI5 issued a rare "interference alert" about Christine Lee - who was personally handed an award by ex-PM Theresa May and told she "should feel very proud" of her work to build UK-China relations.

Ms Lee and her law firm have also made donations worth hundreds of thousands of pounds to Labour MP Barry Gardiner.

The 'leading and experienced' Chinese lawyer, founder of a non-profit organisation called the British Chinese Project, was previously hailed by Mrs May under No10's daily 'Points of Light' awards.

The then-PM told her: "I wish you well with your work to further the inclusion and participation of British-Chinese people in the UK political system."

The citation at the time said Ms Lee had "devoted her life building a vibrant British-Chinese community that is integrated and fully represented within the British political and social scene."

But today's MI5 alert to MPs said Ms Lee is "working in coordination with the United Front Work Department (UFWD) of the Chinese Communist Party (CCP)."

It added: "Lee has publicly stated that her activities are to represent the UK Chinese community and increase diversity.

"However, the aforementioned activity has been undertaken in covert coordination with the UFWD, with funding provided by foreign nationals located in China and Hong Kong."

Speaker Lindsay Hoyle sent a bombshell alert to MPs, saying: "Christine Lee has been engaged in political interference activities on behalf of the Chinese Communist Party, engaging with Members here at Parliament and associated political entities, including the former APPG: Chinese in Britain.

"I should highlight the fact that Lee has facilitated financial donations to serving and aspiring parliamentarians on behalf of foreign nationals based in Hong Kong and China.

"This facilitation was done covertly to mask the origins of the payments. This is clearly unacceptable behaviour and steps are being taken to ensure it ceases."

Home Secretary Priti Patel said it was “deeply concerning” that an individual “who has knowingly engaged in political interference activities on behalf of the Chinese Communist Party has targeted parliamentarians” but the UK has measures in place “to identify foreign interference”.

Christine Lee and her law firm have donated almost £373,000 worth of staff costs plus almost £55,000 in cash to Labour MP Barry Gardiner since 2015, according to Electoral Commission figures.

He is still listed as having a Parliamentary pass sponsored by Mr Gardiner.

Until May 2019, his entry on the register declared that he was "paid by Christine Lee & Co (solicitors) for the work I do in Parliament."

Mr Gardiner - touted as a future deputy leader - most recently declared a donation of staff costs from Ms Lee's firm in February 2020.

Today Mr Gardiner said he had been liaising with the security services "for a number of years" about Ms Lee, and "steps were taken to ensure Christine Lee had no role in either the appointment or management of those researchers.

"They are also aware that I have not benefitted personally from those donations in any way. She ceased funding any workers in my office in June 2020."

He said all donations were properly reported, and "I have been assured by the Security Services that whilst they have definitively identified improper funding channelled through Christine Lee, this does not relate to any funding received by my office."

The MP went on: "Christine Lee’s son volunteered in my office many years ago and was subsequently employed by me as a diary manager. He resigned from my employment earlier today.

"The Security Services have advised me that they have no intelligence that shows he was aware of, or complicit in, his mother’s illegal activity."

Former Tory leader Sir Iain Duncan Smith, who was among MPs sanctioned by Beijing for criticising human rights abuses in Xinjiang province, told MPs it was a "matter of grave concern" - and warned lives could be put at risk.

Raising the issue in the Commons, he demanded to know why tougher action wasn't being taken agains "an agent of a foreign, despotic and despicable power".

He told MPs: "I understand that Mr Speaker has been contacted by MI5 and is now warning members of Parliament that there has been an agent of the Chinese government active here in Parliament working with a Member of Parliament, obviously to subvert the processes here."

Last year, China slapped sanctions on a string of British MPs and institutions who were critical of the treatment of Uighur Muslims in Xinjiang province.

The move came after the UK announced travel bans and asset freezes against Chinese officials and the state-run Xinjiang Production and Construction Corps Public Security Bureau (XPCC PSB) alongside similar moves by the US, Canada and the EU.

Sir Ian told MPs: "I am one of those who has done a lot to try and help fleeing Hong Kong Chinese, fleeing the Communist regime, here in the UK.

"We have names and numbers of people. That leaves me worrying that some of these have been accessed by such an individual.

"These would be their lives and their families at risk and I am deeply concerned about this because my activities may therefore well have been traced - as those as well from my colleagues and friends."

He said the individual was not being deported, and demanded: "How can it be that an agent of a foreign, despotic and despicable power that is hell-bent on reducing many of those people into penury it seems.

"How can they put somebody in Parliament, this Mother of Parliaments, and then that individual have nothing done to them other than they are not allowed in Parliament. This is surely not good enough."

Commons Deputy Speaker Nigel Evans said he could not comment on security issues.

Mr Gardiner later told Sky News that while he had been speaking to Security Services about his donations from Ms Lee for several years, the first he knew about her illegal behaviour was this morning, when he was visited by MI5.

He said he had immediately gone to Mr Wilkes and asked for his resignation.

He said he had last spoken to Ms Lee earlier this week, but that they spoke about his family, not about politics.

Mr Gardiner denied being a "cheerleader" for Chinese involvement in plans for the Hinckley Point C nuclear power station.

But he defended his support for Chinese investment in the project, and said he had been critical of the Government for "ripping off British taxpayers" over it.

Asked if he had discussed policy with Ms Lee, Mr Gardiner said: "No, not in great detail, no."

Note: This article originally reported Ms Lee had donated £211,114 in staffing costs to Labour central party. This is not correct and was a result of some donations being duplicate on Electoral Commission records