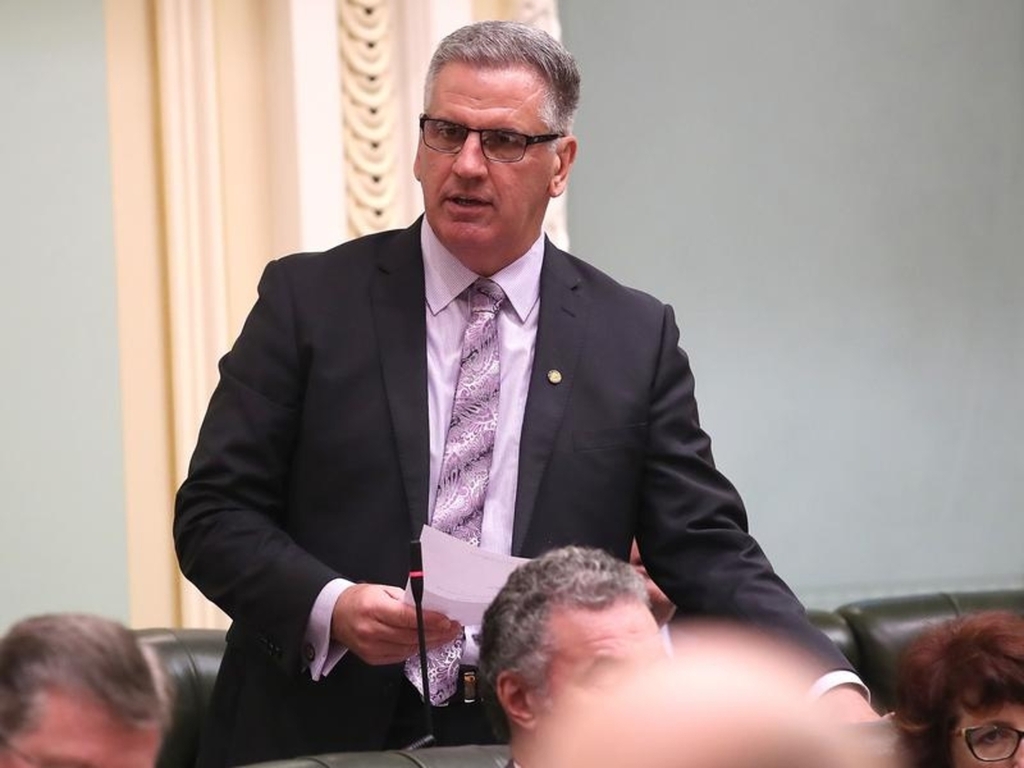 Debate on the proposed laws continued in the state's parliament for a second day as more MPs declared their hand on a bill for which the major parties have granted a conscience vote.

The bill states people seeking access to the scheme must have a disease, illness or medical condition that is advanced, progressive and terminal.

Their condition must be expected to cause their death within a year, and it must be causing "intolerable" suffering.

"One of the primary reasons I'm supporting this legislation today is because of the number of deaths I have attended where Queenslanders have taken their own life," Mr Last told state parliament on Wednesday.

"In many of these cases the victims took their own life because they ran out of options, there was no support, counselling services or medical treatment available."

While he noted not all were suffering a terminal illness, Mr Last said voluntary-assisted dying could have made a difference in some cases.

"Think about the impact on loved ones, on emergency service personnel, and those people who may have witnessed the event. You can appreciate the difference having that choice of voluntary-assisted dying could have made," he said.

The opposition has proposed 54 amendments to the bill, which it says will improve safeguards and reporting processes.

Mr Last highlighted a provision that would include the suffering of an incurable condition as a prerequisite for access.

"Not only does this address the risk of voluntary-assisted dying being seen as convenient, it also means that as medical advances come to the fore, the legislation will keep pace," he said.

With the majority of his regional electorate of Burdekin supporting the introduction of a scheme, Mr Last said he will lend his backing.

The emotional debate is expected to take up much of the parliamentary sitting week as MPs detail the reasons behind their decision.

Earlier, minister for employment Di Farmer recounted her experience caring for her mother after a bowel cancer diagnosis.

"We laughed, we cried, we made what would be our last memories together," she said.

"At the time we knew that Mum would not recover, she had already made it clear she wanted to die at home."

This was her first experience of the role of palliative-care workers, Ms Farmer said.

A well-financed palliative care system has been a point of friction throughout the debate, with several MPs arguing for a significant boost to funding.

"They are saints, and we could not do without them," Ms Farmer said of the workers.

A vote on the bill is expected later this week.