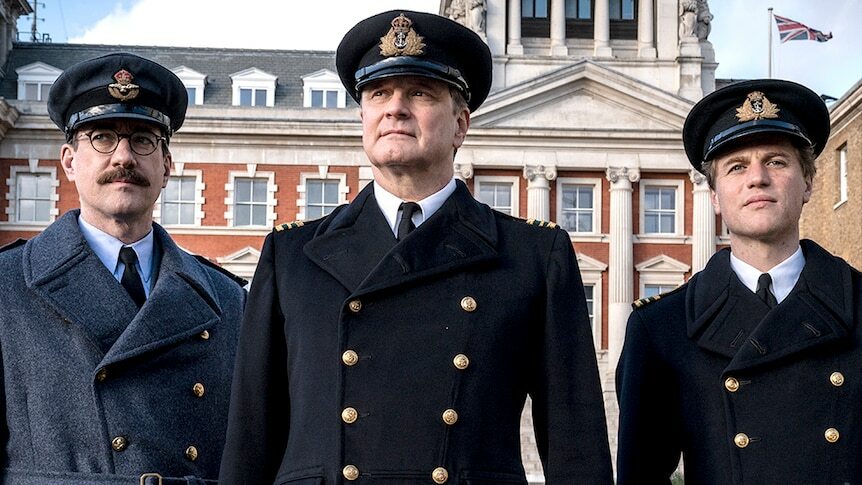 Operation Mincemeat is a daring tale of wartime intrigue and deception. A film starring Colin Firth looks into the top-secret…

Zenger
From analysis to good news, read the world’s best news in one place
PS Plus apparently has retro filters, trophies and more

Sony's revamped PS Plus has a few interesting features for its PS1 retro games, but it's still a pretty weak…

It is said that dead men tell no tales.

However, in 1943, the British military hoped one dead man would spin quite the yarn to German officials.

Operation Mincemeat was a British deception effort during World War II designed to draw the Axis powers’ attention from the coast of Sicily, where Allied forces hoped to launch an attack, to Greece, where they did not. To accomplish this, the Brits enlisted the services of a man already dead, whom they would pose as an officer carrying highly sensitive military plans — fictitious plans relating to an upcoming operation in Greece — and whose body would wash ashore in neutral Spain. There, Axis spies could come into possession of the documents and, hopefully, take them quite seriously.

Already the inspiration for the 1956 film “The Man Who Never Was,” the high-stakes endeavor gets a fresh telling in “Operation Mincemeat.” Recently released across the pond by Warner Bros. Pictures, the movie this week lands on these shores via Netflix.

Based on Ben Macintyre’s 2010 book “Operation Mincemeat: The True Spy Story That Changed the Course of World War II,” the film is deftly directed by veteran filmmaker John Madden, and it does justice to this fascinating slice of military intelligence history. Madden and writer Michelle Ashford probably could have punched the drama up a bit in spots, but that they went the more refined route feels appropriately British.

“Operation Mincemeat” stars an appealing trio: Colin Firth, as Ewen Montagu, an intelligence officer who must hide his work from friends and family; Matthew Macfadyen, as his colleague Charles Cholmondeley, whose mother has greater affection for his late war-hero brother; and Kelly Macdonald, as Jean Leslie, a lower-level colleague who’s brought into their inner circle after offering her help with a matter and who proves to be an invaluable contributor to the mission.

Also involved with the effort on an intimate level are high-ranking colleagues Hester Leggett (Penelope Wilson of “Downton Abbey”) and Ian Fleming (Johnny Flynn, “Emma”), the future James Bond scribe who also serves as our narrator.

“In any story, if it’s a good story, there is that which is seen and that which is hidden; this is especially true in stories of war,” he tells us in the film’s opening moments, explaining that theirs is a tale of the war we don’t see, one without bullets, bombs and brute force. “This war is a wilderness of mirrors in which the truth is protected by a bodyguard of lies. This is our war.”

This window into their war is consistently intriguing, Ewen, Charles and Jean continuing to work through what they must do — and must avoid doing — to convince the Germans that this is an important military man and that his death is due to an accidental drowning.

Ewan and Jean, especially, enjoy inventing and tweaking his backstory, which includes a woman whose photograph will be found in his breast pocket after he washes ashore. (Now you see the leverage Jean obtains and uses to become entrenched in the operation.)

Ewan, whose Jewish wife has fled to the United States with their children in case the worst-case scenario unfolds in England, and Jean, a widow, grow quite close. It’s a development that doesn’t sit well with Charles for reasons both professional and personal.

The bigger issue may be the more-powerful men above them, starting with the scheming Admiral Godfrey (Jason Isaacs, “A Cure for Wellness”), who doubts the merits of Operation Mincemeat from its inception under a different name. However, the ultimate decision as to whether to move forward with the plan rests with Prime Minister Winston Churchill (an impactful Simon Russell Beale of “The Outfit” in limited screen time).

You worry “Mincemeat” will lose momentum after Churchill’s green light, but, to the credit of Madden (“Shakespeare in Love,” “The Debt”) and Ashford (“Masters of Sex”), that isn’t the case. Ewan, Charles and Jean must continue in the combined role of puppet master, the trio pulling strings in Spain from afar as certain aspects of the plan go awry.

Each of the three actors gives an understated performance, and their occasional bursts of emotion help sell the film’s big moments. Firth (“The King’s Speech,” “A Single Man”) and Macdonald (“No Country for Old Men,” “Boardwalk Empire”) are highly enjoyable together, and “Succession” fans may enjoy seeing Macfadyen — also well known for 2005’s “Pride & Prejudice”) — in a role quite different from Tom Wambsgans.

Although it could use a few more combustible moments, the film never drags, never loses the viewer’s interest. And thanks to director of photography Sebastian Blenkov (“Their Finest”) and other behind-the-scenes contributors, it is a lovely dish for the eyes, on top of everything else it has to offer.

It may not be a perfect film, but “Operation Mincemeat” is anything but chopped liver.

How to watch: Premiered Wednesday on Netflix

Operation Mincemeat is a daring tale of wartime intrigue and deception. A film starring Colin Firth looks into the top-secret…