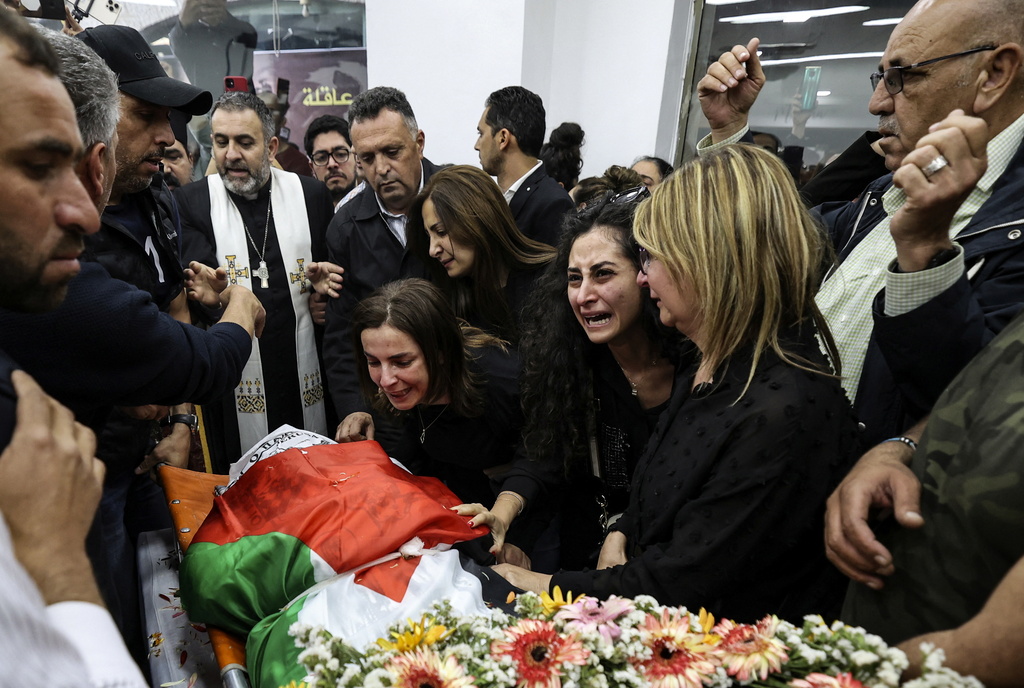 UN Secretary General António Guterres has said he is “appalled” by the killing of Al Jazeera journalist Shireen Abu Aqla,… 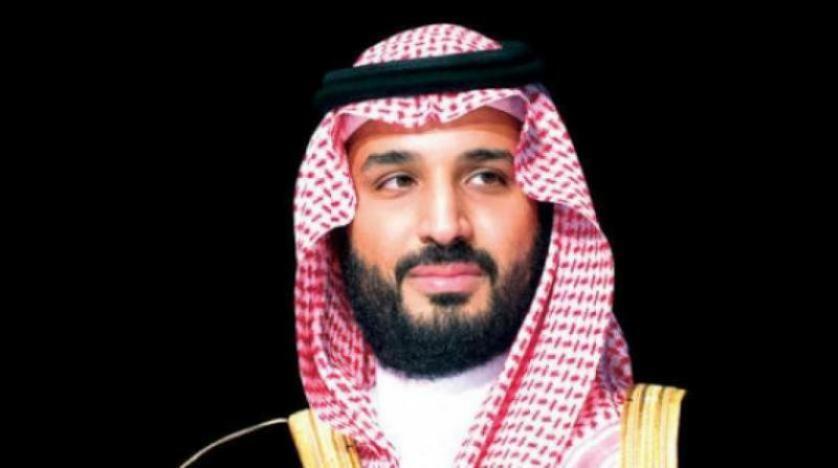 MoD shared the video on social media with the message: “Combat work of military signalmen during the special military operation.”

The Guardian - US
From analysis to good news, read the world’s best news in one place
Penny Wong tells Pacific nations ‘we have heard you’ as Australia and China battle for influence

The Guardian - AU
The Doctor Will See You Now: Former Syrian Refugee Volunteered To Treat Ukranian War Victims
A Syrian refugee who fled to England and qualified as a doctor nine years ago is now using his annual…

This live blog is now closed, thank you for joining us.

“We condemn in the strongest terms the abhorrent Israeli behavior during the funeral of Shireen Abu Akleh,” said Safadi in an interview with Al Jazeera Arabic.

The White House has denounced the violence which erupted at Palestinian journalist Shireen Abu Akleh’s funeral procession in Jerusalem as “deeply disturbing”, it said in a statement.

Al Jazeera has condemned in a statement Israeli forces’ attack on mourners who carried the coffin of “murdered” Palestinian journalist Shireen Abu Akleh, the media network said in a statement.

“In a scene that violates all norms and International laws, the Israeli occupation forces stormed the French Hospital in Jerusalem and attacked the mourners of the late Shireen Abu Akleh at the start of the funeral procession,” said the statement. “They severely beat the pallbearers of the late journalist,” it added.

Al Jazeera Media Network denounced the violence and held the Israeli government “fully responsible for the safety and security” of all the mourners and Abu Akleh’s family.

It added: “Such violence will not deter it from reporting the truth.”

Germany bans vigil in memory of journalist killed by Israel

Police in Berlin have banned a vigil in memory of Al Jazeera’s journalist Shireen Abu Akleh who was shot dead by Israeli forces in the occupied West Bank.

The event is one of a number of gatherings that have been forbidden by the authorities under an unprecedented and wide-ranging ban on pro-Palestinian protest in the German capital.

The gathering in memory of Abu Akleh had been organised by Jüdische Stimme, a Jewish group that supports Palestinian rights. But police told the group that the event – planned to take place on Friday evening – fell under the ban on protests in the run-up to Nakba Day.

UN human rights experts have condemned the killing of Al Jazeera journalist, Shireen Abu Akleh, and called for a prompt, transparent, thorough and independent investigation into her death.

“The killing of Abu Akleh is another serious attack on media freedom and freedom of expression, amid the escalation of violence in the occupied West Bank,” said experts at the UN human right special procedures said in a statement.

“We demand a prompt, independent, impartial, effective, thorough and transparent investigation into the killing of Shireen Abu Akleh, in full compliance with the Revised United Nations Manual on the Effective Prevention and Investigation of Extra-Legal, Arbitrary and Summary Executions (The Minnesota Protocol on the Investigation of Potentially Unlawful Death).

We urge the Israeli and Palestinian authorities and other stakeholders to cooperate with such an investigation,” it added.

Thousands of mourners, some hoisting Palestinian flags and chanting “Palestine, Palestine,” have attended the funeral in Jerusalem for veteran Al Jazeera journalist Shireen Abu Akleh, who witnesses say was shot and killed by Israeli forces earlier this week while covering a military raid in the occupied West Bank.

Police eventually allowed the family to drive the casket to a Catholic church in the Old City, which was packed with mourners, before sealing off the hospital and firing tear gas at scores of protesters.

Her body was then laid to rest in a cemetery outside the Old City in Jerusalem.

Somali journalists have held protests to condemn the killing of Abu Akleh.

Journalists including representatives from the Somali Journalists Syndicate (SJS) and Somali Media Association (SOMA) demonstrated at the Maka al-Mukarama street in the capital Mogadishu.

The body of Abu Akleh has arrived at the Mount Zion Protestant Cemetery, where she will be buried next to her parents.

Thousands of mourners are marching from the Cathedral of the Annunciation of the Virgin to the cemetery for the burial.

Dekker, speaking from occupied East Jerusalem, noted that police had entered Abu Akleh’s home on the day she was killed, removed a Palestinian flag and told mourners to turn off patriotic music.

On Thursday night, Abu Akleh’s brother was summoned by Israeli authorities and told to instruct mourners not to carry Palestinian flags or to recite Palestinian chants.

Family, friends and mourners, some who had never met her personally, gathered at the Cathedral of the Annunciation of the Virgin for Abu Akleh’s funeral.

Bells rang out as a procession walked from the church to Mount Zion Protestant Cemetery, where Abu Akleh would be buried.

Al Jazeera’s Imran Khan has reported that Israeli forces have arrested at least four mourners, including at least two men for raising the Palestinian flag in occupied East Jerusalem.

“Now when Shireen’s car carrying the casket actually came in, there was a Palestinian flag on display in the back of the car. The Israeli police actually smashed that window in and took the flag.”

Rights Lawyer: Abu Akleh’s killing a ‘blow to the world’

“She went into the hearts of every single Palestinian, and I dare say every Arab household because of her touching reporting in the way that she had of bringing to life the reality of Israel’s brutal occupation,” Buttu added.

“Shireen is not the first journalist to be killed by Israel, and I fear that she’s not going to be the last either. It’s now time for accountability and we must demand that Israel be held accountable because it is Israel who is responsible,” she said.

Abu Akleh’s niece, Lina Abu Akleh, has said Israeli forces are “still trying to silence” her aunt and the mourners gathered for the funeral.

“Even a funeral in our country in Palestine doesn’t go peacefully, sadly there were multiple Israeli checkpoints on the way to the hospital prohibiting cars from reaching the hospital, also they are limiting the number of cars that can reach Jaffa Gate next to the church,” she told Al Jazeera.

“This goes to show that even though they silenced her by assassinating her they are still trying to silence and stop the people from being with us, and bringing their love and support to her, and honouring her legacy during this horrible tragedy,” she said.

Priest: Abu Akleh will have ‘influence all over the world’

A Christian priest who will participate in Shireen Abu Akleh’s funeral told Al Jazeera before the ceremony she will “have influence all over the world”.

Thousands of mourners gathered at the Cathedral of the Annunciation of the Virgin in occupied East Jerusalem for the funeral.

“Nobody can compare the Palestinian case with any other violence in the world or any other war because any nation that had a war, they still have their identity, their land but we lost our land, our identity,” Fadi Diab said.

A hearse carrying Abu Akleh’s body has arrived at the Cathedral of the Annunciation of the Virgin in occupied East Jerusalem.

‘They wanted to walk with her body’

Reporting from East Jerusalem, Al Jazeera’s Imran Khan said Israel forces targeted mourners because they did not want them to walk with Abu Akleh’s coffin.

“What’s going on is there was some pushing and shoving between the Israeli army and the people who wanted to take Shireen’s body to the church,” he said.

“They wanted to walk with her body. They didn’t want to go in the cars. The Israeli army said that they were not allowed.”

Al Jazeera’s Marwan Bishara, commenting on the attack, said “why does that require this type of violence?”

Abu Akleh and the journalists killed by Israeli forces

At least 45 journalists have been killed by Israeli forces since 2000, according to the Palestinian Ministry of Information.

Press freedom advocates have long said Israel acts with impunity when it comes to the targeting of journalists. In April, three organisations brought a complaint about the killing and maiming of media workers to the International Criminal Court.

Read more here on the journalists killed while covering the Israel-Palestine conflict.

The admission that an Israeli soldier could be responsible is evidence that the Israelis are backtracking from their initial position that it was likely that Palestinian fighters in Jenin killed Abu Akleh.

Funeral to be held in Abu Akleh’s hometown of Jerusalem

A three day memorial procession, that began on Wednesday, when Al Jazeera journalist Abu Akleh was fatally shot by Israeli forces while reporting on a raid of the Jenin refugee camp, will culminate on Friday with a funeral in her hometown of Jerusalem.

Friday’s events are expected to begin with a procession from the St Louis French Hospital in occupied East Jerusalem’s Sheikh Jarrah neighbourhood, where Abu Akleh’s body remained overnight, to the Jaffa Gate in Jerusalem’s Old City, where a funeral service will be held in the afternoon at the Cathedral of the Annunciation of the Virgin.

Abu Akleh, who was killed at the age of 51, will then be buried next to her parents at the nearby Mount Zion Protestant Cemetery.

UN Secretary General António Guterres has said he is “appalled” by the killing of Al Jazeera journalist Shireen Abu Aqla,…