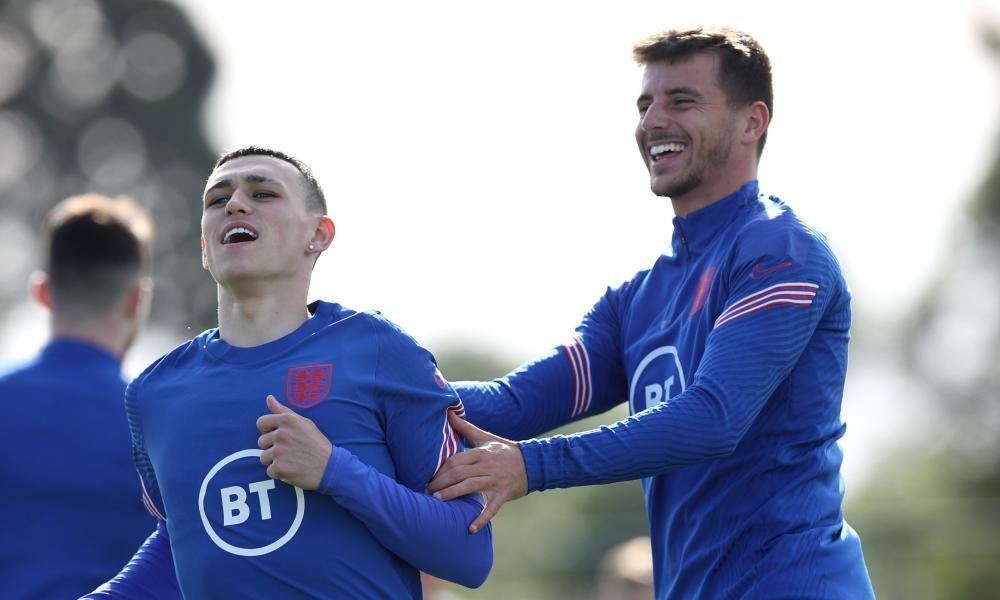 In his own words Mason Mount was “up close and personal with it”. On the England substitutes bench until the 73rd minute of the 5-0 World Cup qualifying win against Andorra on Saturday night, the midfielder had the prime view of Phil Foden’s masterclass and, like every other fan, he could revel in it.

“I know what Phil is about,” Mount says. “I’ve played against him many times and not just in the professional game – at academy level, too. The passes he sees, the passes he picks out, the way he moves with the ball … he is a top, top, top player. To see him do it on the big stage, like he’s done many times, it’s special.”

It was only Andorra – as we are duty bound to report. But the previous weekend, with Foden in Manchester City colours, it had been Liverpool and he was similarly electric. It has fired the clamour for Gareth Southgate to shape the England midfield around Foden and Mount would not be human if he had not analysed the situation from a personal perspective.

In Andorra Foden played as an attack-minded No 8 in a 4-3-3 system, which is where Mount has found his home in the team. If it is an either/or question for Southgate, that could be problematic for Mount. The competition for places burns.

“You know the level we have in this group – if you drop your standards even a little bit, it’s not going to be accepted,” Mount says. “That’s the kind of mentality we’ve got and the competition is so high. This is what you want as a player – to keep pushing yourself to that next level.”

Mount is poised to return to the starting lineup against Hungary at Wembley on Tuesday night and it could be that Foden is squeezed out. “I have a headache and I commit a crime every time I pick a team,” Southgate says, and there are those who would view any omission of Foden as precisely that.

Mount would appear to carry a particular burden at international level. He is not Foden. Or Jack Grealish, for that matter. Foden and Grealish are surely greater crowd-pleasers, blessed with more obvious X factor. But there is a reason why, when Southgate writes down all three names, he tends to view Mount as his No 1.

The Chelsea player marries work rate and tactical discipline with big-game end product – witness his assist for Kai Havertz’s winning goal in the Champions League final last season. It is why he was Chelsea’s player of the season and why he has just been named on the Ballon d’Or shortlist. Foden is also on it.

“The nomination is such a special thing,” Mount says. “As a kid growing up, you look at the Ballon d’Or and how that is the top of the top from a personal view. To be in the top 30 in the world at the moment, to be among names that I’ve looked up to as a kid, is a dream come true.”

The question for Southgate moving towards the World Cup in Qatar next year is whether he can accommodate Mount and Foden in the same midfield, with Grealish currently in possession of the left-wing spot. In recent times Southgate has not wanted to use Mount as one of the two central players in a 3-4-3 against stronger opponents and, when he plays 4-3-3, it has been with Mount as the most attack-minded of the midfield three.

The suspicion has been that Southgate does not trust his central defenders sufficiently to leave only Declan Rice in front of them. Hence the urge to lean on Kalvin Phillips or Jordan Henderson alongside him. Jude Bellingham is another option here. Could England become good enough as a team to fit in the extra attacking midfielder?

“I think this is what we’ve got to find out over the next 12 months – what balance for what games?” Southgate says.

“We had any number of attacking players missing [at various times] last season. We were not able to experiment too much. We didn’t have any of the Champions League players for the friendlies before Euro 2020.

“So there are lots of ideas that you might have and things you’d like to see and try but, when you’re going into a major tournament, it’s difficult to try them because the consequence of it going wrong is you’re out straight away. In this next period we want to see how the team can evolve. There’s a lot that’s going to improve and change as these young players continue to get better.”

It feels as though Europe’s leading nations are moving towards a more high octane, front-foot style and away from Southgate’s previous reference points – the Portugal and France teams that won Euro 2016 and the 2018 World Cup, respectively.

Mount, meanwhile, simply rolls on. In 2019‑20, his breakthrough season for Chelsea and England, he made 59 appearances while last time out it was 69.

“After playing many games in the normal season, then to go to the Euros and then to carry on after a short summer break … it can take a toll,” Mount says. “Maybe I felt that a bit this season. To miss a week [at the end of last month] with an injury … that little break makes you feel a bit more energetic, even though you don’t want to miss any game. I’m back at it now.”