Motorway closed after car flips on its side 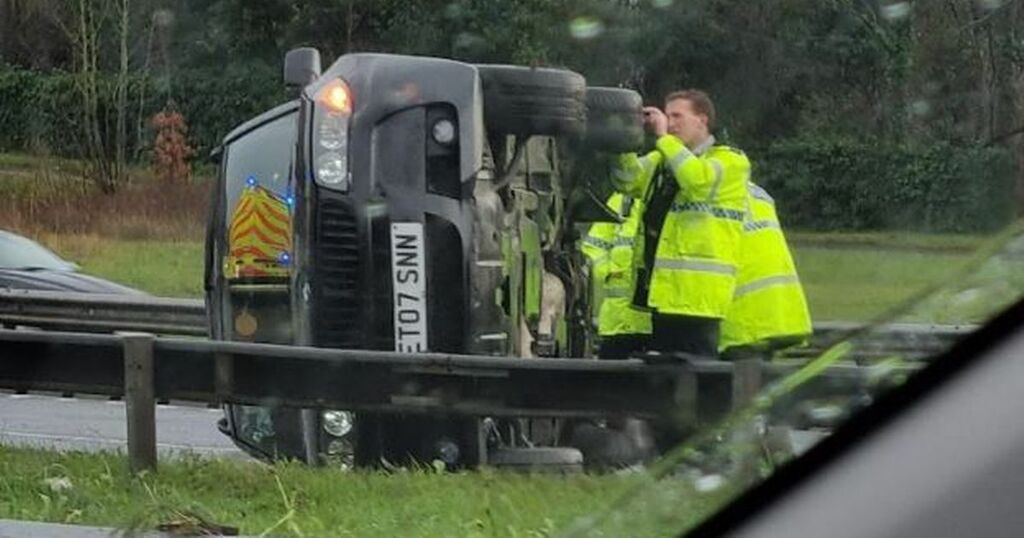 A motorway in Liverpool has been closed by police after a car flipped on its side.

The M62 remains closed in the eastbound direction leading to stationary traffic following an accident involving one car that took place this morning.

Police were call the Junction number 5 (A5080) on Roby Road in Huyton at 11am to reports of an accident.

A photo from the scene shows emergency workers standing next to a car on its side on the road.

A spokesperson from Merseyside Police said: "Police were called at 11am. One vehicle had slipped on its side. No injuries were reported.

READ MORE: Single mum says neighbour has cut back tree so he can watch her in garden

"The M62 is closed as officers recover the vehicle."

The road is closed as police attempt to recover the vehicle and traffic has now built up to J4 (The Rocket).

A diversion is in place via the entry and exit slips of the motorway.