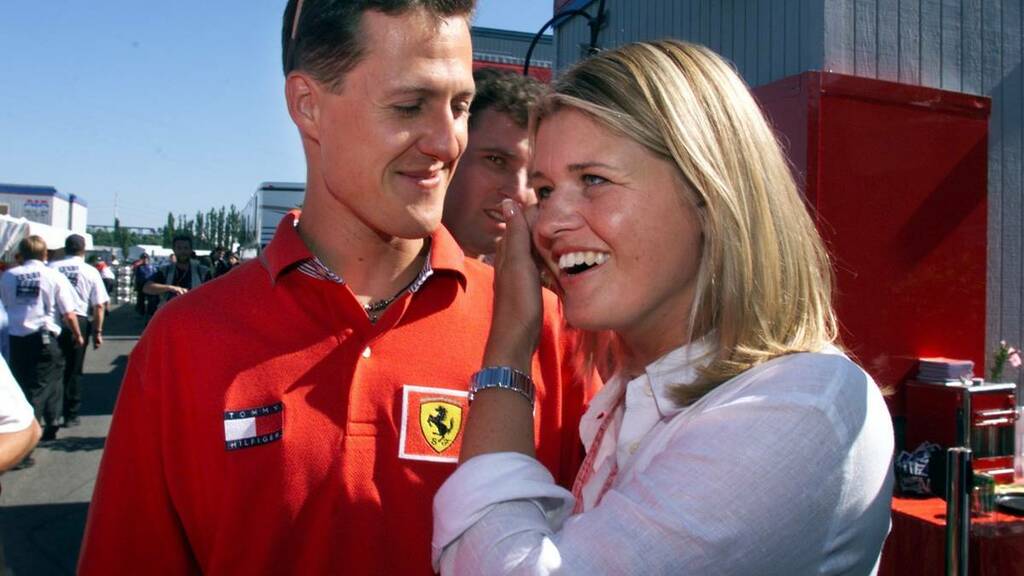 In life after his Formula 1 career, Michael Schumacher sought adventure. After years of high-speed racing, Schumacher went in search of action of another kind.

As his wife, Corinna, recalls: "he didn't just sit on the sofa; he had to go here and there, do this and that, one thing after another."

In 2013, their world was changed when Schumacher suffered a near-fatal brain injury when skiing in the French resort of Meribel. Speaking on the upcoming Netflix documentary SCHUMACHER, Corinna revealed a haunting comment her husband made soon before his accident.

"Shortly before it happened in Meribel, he said to me 'the snow isn't optimal. We could fly to Dubai and go skydiving there'," Corinna said.

Schumacher has not been seen in public since, and the documentary provides the most detail yet about his situation, which his family has made clear over the years they wish to keep as a private matter.

"I have never blamed God for what happened," Corinna said. "It was just really bad luck; all the bad luck anyone can have in life. It's always terrible when you say 'why is this happening to Michael or us?' but then why does it happen to other people?

"Of course, I miss Michael every day, but it's not just me who misses him. The children, the family, his father, everyone around him. I mean, everyone misses Michael. But Michael is here; different, but he's here, and that gives us strength, I find."

Drips of information have come out over the years on Schumacher's condition— most recently former Ferrari boss and Schumacher's close friend Jean Todt said he expects Schumacher to slowly but surely improve.

Todt features throughout the documentary and is one of the few to comment on the accident in France, alongside Corinna and Schumacher's children Mick and Gina.

"Fate is unpredictable," Todt says. "Fate had usually been kind to Michael but this time, unfortunately, he became a victim of misfortune.

The 112-minute documentary, the only film on the seven-time F1 champion supported by his family, features rare interviews and previously undisclosed archival footage and draws a sensitive yet critical portrait of the German motor racing sensation from driving Go-Karts in his youth to his F1 beginnings with Benetton and his battle with the late Ayrton Senna, to linking up with Ferrari and delivering them their first title in more than two decades.

Throughout, the film paints a picture of the coexistence between the fierce competitor willing to win at all costs on the track and the shy, sensitive family man who loved throwing people in pools at parties, creating arguably the most personable and revealing portrait of one of the most successful and most recognisable sportsmen in the world.

SCHUMACHER will be available to stream on Netflix from September 15.