By Maya Wolfe-Robinson and Eric Allison 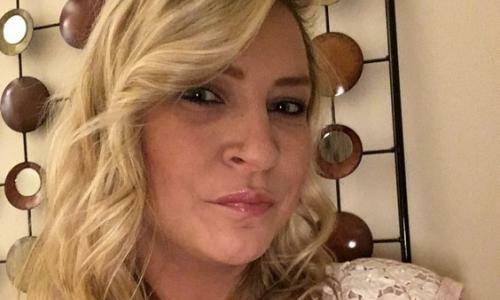 The mother of a vulnerable woman who died after failings by a Lancashire police officer has said a “stray dog” would have received better care.

Jason Marsden, who retired shortly before disciplinary proceedings began, failed to properly assess “vulnerable” Kelly Hartigan-Burns when she was taken to a Blackburn police station in 2016.

The police disciplinary panel found that Marsden would have been dismissed had he still been in post. He is now barred from working in the police.

The panel heard that Marsden, who did not attend the two-week hearing, spoke to Hartigan-Burns in an abrupt manner, breaching a duty of respect and courtesy, and did not explain the detention procedures.

He also ignored warnings on police records that she had previously tried to kill herself, did not contact a medical expert to assess her condition and deliberately bypassed questions on the police computer system designed to flag up risks, welfare and observation levels to detainees, despite prescription medication to treat poor mental health being among her possessions.

Marsden’s lawyer, Sarah Barlow, said it was an isolated incident in his 27-year career.

June Hartigan, Kelly’s mother, described her daughter as a beautiful and sensitive person who loved spending time with family. Hartigan said her daughter had “faced significant challenges, including the traumatic death of her father and a recent car accident, which contributed to her mental ill health”.

Speaking outside the hearing on Monday, Hartigan told Lancs Live that her daughter was “a victim of negligence and total ignorance. A stray dog would have got more attention.”

On 3 December 2016, Hartigan-Burns had argued with her partner, Cal, and walked out. Witnesses reported seeing her running in and out of traffic in her pyjamas. According to the charity Inquest, Lancashire police officers took her home, where Cal explained she was vulnerable and that things had got out of hand.

However, Kelly was arrested for common assault and taken to the police station, still in her pyjamas. Hartigan-Burns was found unresponsive in the cell that night and died in hospital on 5 December 2016. An inquest into her death is scheduled for early 2022.

Deborah Coles, the director of Inquest, welcomed the panel’s conclusion but said the five years between the death and the hearing was “far too long”.

“It is clear that Kelly was a woman in crisis, in need of care and specialist support – not custody,” she said. “The officer was able to retire early, weeks before this hearing, and there are no sanctions for him.”

“Due to ongoing coronial and civil proceedings it would be inappropriate and unfair to the integrity of those hearings for us to comment any further at this time,” he said.