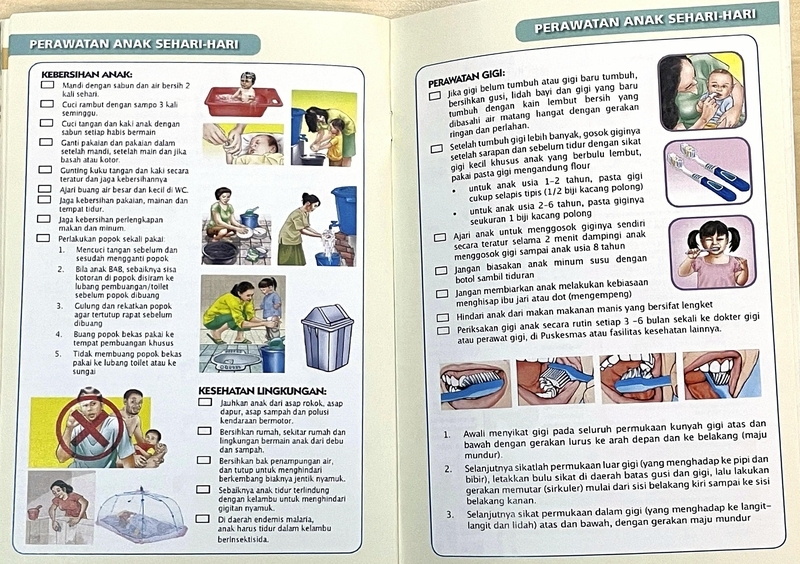 JAKARTA -- About 30 years ago, an Indonesian doctor came to Japan to learn about its maternal and child health handbooks, known as boshi-techo. That visit was the first step in their eventual spread around the world -- today, such handbooks are used in about 50 countries and regions, with 20 million copies distributed annually.

Maternal and child health handbooks contain a record of all prenatal checkups and vaccinations from pregnancy to birth. Dr. Andryansyah Arifin, now 73, recently talked to The Yomiuri Shimbun about how the handbook has helped his nation.

In the early 1990s, Arifin was in charge of health guidance and disease prevention in Central Java Province and wondering if there was a way to integrate the health records of a mother and child.

Knowledge about pregnancy and childbirth was not widespread in Indonesia at the time, and maternal mortality was high at about 425 out of 100,000. Separate cards detailed the health of mothers and their children, but they were often lost or left behind.

Arifin learned about Japan's boshi-techo through the Japan International Cooperation Agency, which has promoted the introduction of the handbook. In 1992, he came to Japan to learn about its history and use to improve maternal and child health.

"I was excited, thinking that the book could help improve the situation in Indonesia," he said.

After Arifin returned home, he devoted himself to designing a handbook for Indonesians. He took care, for example, not to simply translate Japanese into Indonesian word by word. Taking into account the country's low literacy rate at the time, Arifin used numerous illustrations to convey information visually and also kept the text short.

On another visit to Japan, Arifin saw a municipal official explaining to mothers how to use their boshi-techo. "Just handing them out isn't enough," he realized, and compiled a manual to help doctors and midwives learn how to use the handbooks.

The handbook spread nationwide from Central Java Province, and today about 5 million copies are distributed every year in Indonesia through public health centers and other places. In 2018, it was used by 75% of pregnant women in the nation, and in some regions, the rate exceeded 90%.

A smartphone app is also being developed to appeal to digital natives.

"We couldn't have gotten this far without Japan's support and cooperation," Arifin said.

Triasputri Dwiani, the 35-year-old mother of a baby girl born in March, recently held a notebook-size health handbook, bigger than the one in Japan, in Bandung, West Java Province.

"I read this over and over when I need help, because it's packed with information on parenting information," she said.

Dwiani's daughter is her first baby, and she didn't know about the handbook until she became pregnant. She said she started using it at her midwife's recommendation.

The COVID-19 pandemic has made it difficult for Dwiani to go to a hospital, and she uses the handbook as a reference.

A survey by the Indonesian health ministry showed that women who have the handbook tend to get prenatal checkups more than those who do not, meaning the boshi-techo helps protect the health of expectant mothers.

"The handbook has played an important role in both keeping records and education," a health ministry official said. "We'll work with related elements of the private sector to promote its use."