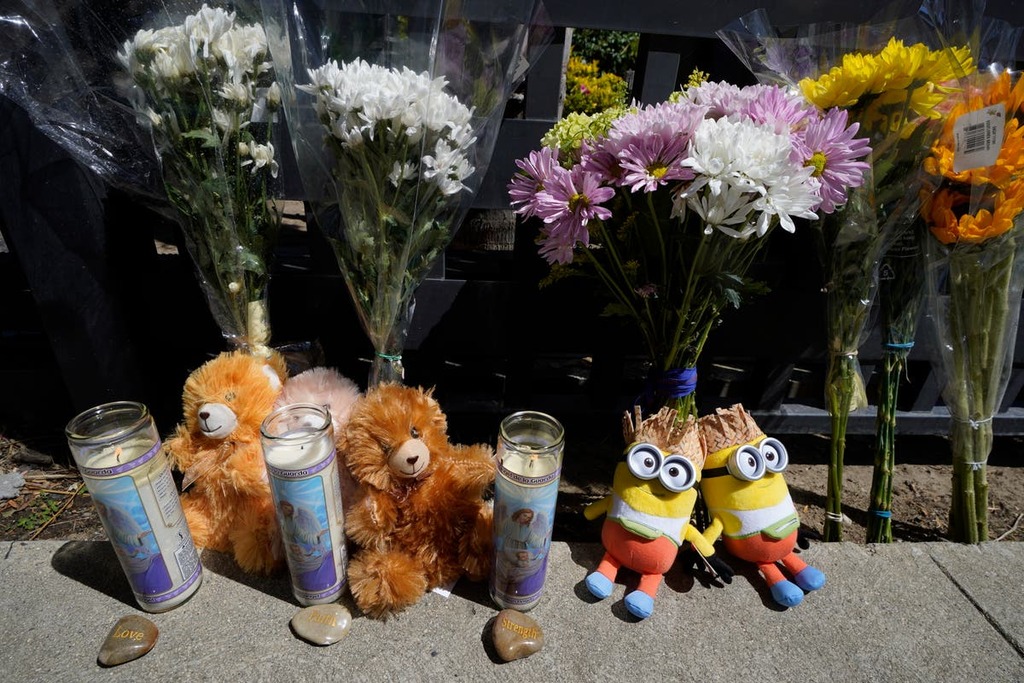 The Independent UK
A Los Angeles mother was taken from her home. Hours later, her 3 kids were found dead inside
LOS ANGELES — Authorities discovered the bodies of three young children at a West Hills home seven hours after paramedics…

A man initially facing a manslaughter charge related to his partner's death is now accused of murder.

The mother of three children found dead at their home in Los Angeles has been charged with murder.

Angela Flores, 38, is accused of killing Nathan Yanez, 8, Kevin Yanez, 10, and Natalie Flores, 12, at the property in the West Hills area of the city.

The cause of the deaths is still being investigated, according to prosecutors.

Investigators say that Ms Flores has acknowledged that she killed the children with the help of an unnamed teenager. A 16-year-old boy was arrested along with Ms Flores but no charges have been filed against him.

Ms Flores, who was taken to hospital hours before the dead children were discovered, remains in jail on a $6m bail.

Neighbours have said that she was removed from the house seven hours earlier as she was acting erratically and first responders were called.

The fire department was alerted to a “medical response” request at the home shortly before 1am on Sunday, according to The Los Angeles Times.

Her ex-husband, Jacob Corona, told the newspaper that his wife had been acting strangely when he saw her the previous week.

“She was telling me all this stuff about God. She didn’t sound right. I don’t really know what happened,” Mr Corona said.

“She was not really religious before. But then she was talking about death. I told her, ‘What’s going on?’ My head was going over so many things, but I didn’t think anything of it.”

The couple were married from 2001 to 2007, and had one child together, who was not among the victims.

The LA County Department of Children and Family Services says it cannot comment on if it had been involved with the family.

Angela FloresMurderWest Hills
Sign up to read this article

The Independent UK
A Los Angeles mother was taken from her home. Hours later, her 3 kids were found dead inside
LOS ANGELES — Authorities discovered the bodies of three young children at a West Hills home seven hours after paramedics…

A man initially facing a manslaughter charge related to his partner's death is now accused of murder.