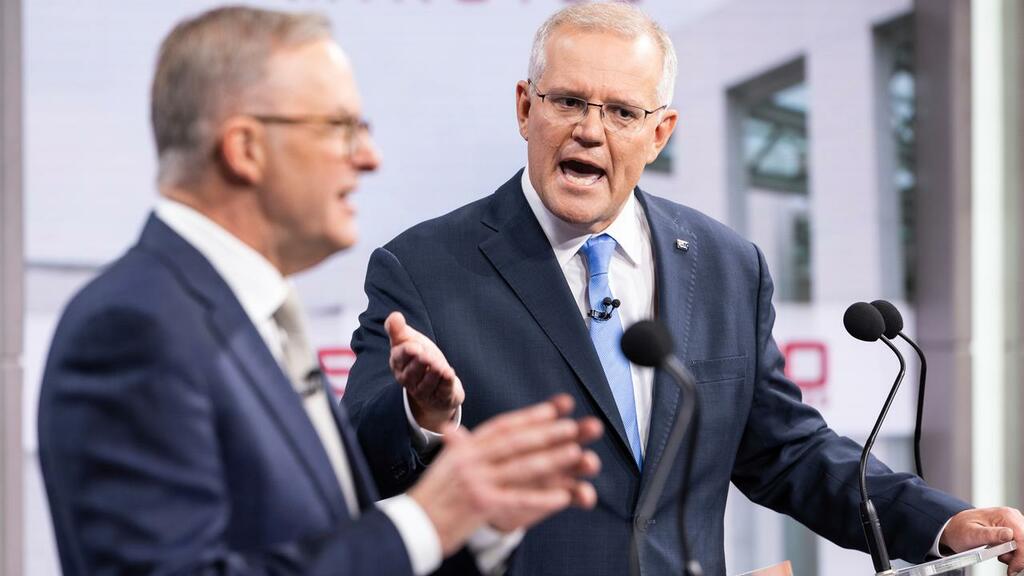 Frydenberg tries to keep focus on economy
Josh Frydenberg is sticking to his line that economic management is the key election issue, even as opinion polls indicate…

Prime Minister Scott Morrison is campaigning in the NSW Hunter region as he seeks to pick up Labor seats, after…

The opposition leader has backed a rise in the minimum wage of 5.1 per cent, as the Fair Work Commission…

Crikey
Get all your news in one place
Latest Business news:

Growth in payroll jobs has remained slower so far this year than in 2021, although the latest figures were impacted by the timing of Easter.

The Australian Bureau of Statistics said payroll jobs fell 0.3 per cent in the fortnight to April 16 and were down 0.8 per cent over the month.

"Payroll jobs fell leading into the Easter holidays. This is something that we usually see around public and school holidays," ABS head of labour statistics Bjorn Jarvis said.

"While payroll jobs growth has continued to be slower in 2022 than 2021, the difference has also reduced over time given the greater labour market impacts related to the Omicron variant and floods earlier in the year."

The data provides a guide to next Thursday's key labour force report for April.

The Reserve Bank of Australia now expects the jobless rate to fall to 3.75 per cent by June and to 3.5 per cent in 2023.

This would be the lowest level in almost 50 years. The current unemployment rate sits at four per cent.

Such expected strength in the jobs market is backed by continued brisk demand for workers.

"We would traditionally expect a decline in job ad growth over the Easter period, yet this year continues to buck all trends with job ads again reaching record levels," SEEK ANZ managing director Kendra Banks said.

Josh Frydenberg is trying to keep the election focus on the economy as opinion polls point to a change of government, and the prospect of the treasurer losing his own seat in Melbourne to an independent.

A YouGov MRP poll of 19,000 voters across all 151 electorates commissioned by The Australian predicts Labor will win a majority 80 seats at the May 21 election, with the coalition reduced to 63.

The poll also predicts Mr Frydenberg could lose his seat of Kooyong to Independent Zoe Daniel on a 47 per cent to 53 per cent split after preferences.

"The most important issue at play here is who is better able to manage the economy," Mr Frydenberg told ABC television on Thursday.

"Who do you trust to keep taxes low, to create more jobs and, of course, to encourage and enhance small businesses?"

Small businesses appear to have already made up their minds with a new survey showing three-quarters of respondents predict a change of government on election day.

The survey by financial software provider MYOB found just over a third of small- to medium-sized enterprises believe a change to Labor will have no impact on business.

MYOB's election edition of its business monitor also revealed more than a quarter of respondents believe a Labour win would be a positive outcome for their business, while a similar number think it would have a negative impact.

Whoever comes out on top on polling day, two-thirds of the 1000 SMEs surveyed list reducing the compliance costs of running a business as their most important business-related issue.

Frydenberg tries to keep focus on economy
Josh Frydenberg is sticking to his line that economic management is the key election issue, even as opinion polls indicate…

Prime Minister Scott Morrison is campaigning in the NSW Hunter region as he seeks to pick up Labor seats, after…

The opposition leader has backed a rise in the minimum wage of 5.1 per cent, as the Fair Work Commission…