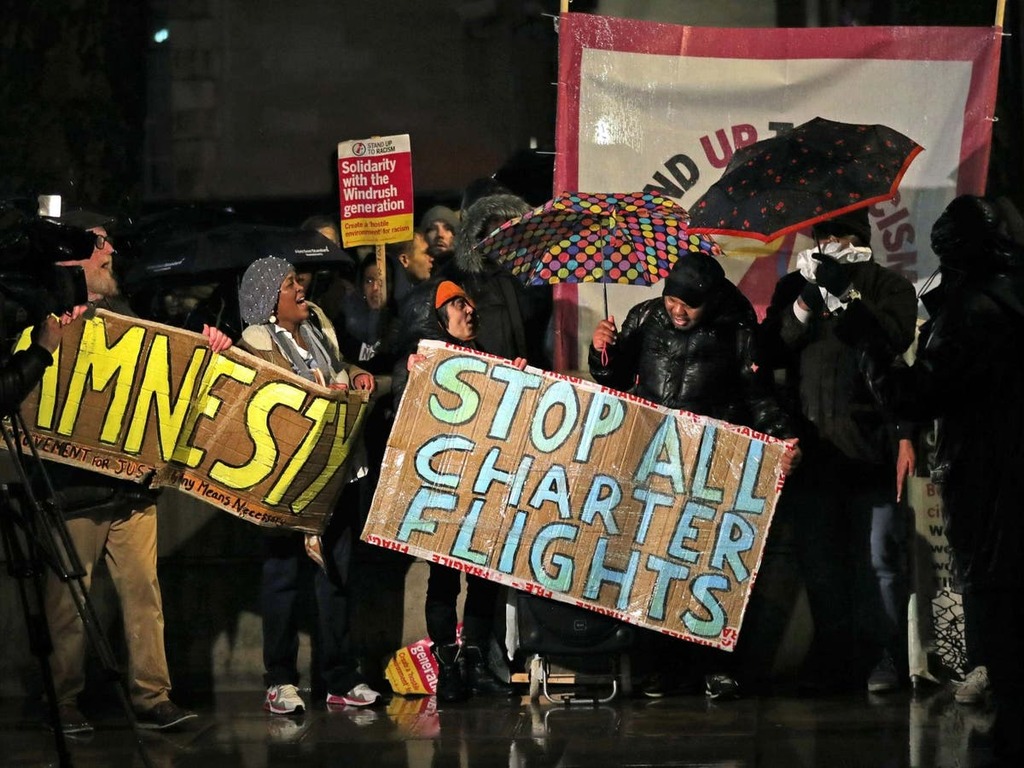 Jamaicans with disabilities who came to UK as children facing ‘unjust and inhumane’ deportation
‘This is transportation not deportation,’ says Movement for Justice

The Independent UK
'Some degree of retail' in woman's alleged drug trafficking: court

The Home Office said it will carry out a case-by-case risk assessment when determining someone’s eligibility for relocation.

Most of the Jamaicans facing deportation from the UK on a controversial Home Office charter flight next week arrived in Britain as children, according to analysis passed to the Guardian.

It is not known how many Jamaican nationals are due to be on the 18 May flight but numbers on the last four Jamaica deportation flights have been decreasing steadily – from 17 to 13, to seven and then four.

Of 20 Jamaicans detained in three immigration removal centres – Harmondsworth and Colnbrook near Heathrow airport and Brook House near Gatwick – 13 out of 20 arrived in the UK as children, according to analysis by the campaign group Movement for Justice. Of the 13, 11 arrived at the age of 12 or younger.

The issue of those who arrived in the UK as children is one of the most contentious on Jamaica charter flights. In November 2020, before one such flight, an agreement was reached between the Home Office and Jamaica’s high commissioner, Seth Ramocan, not to deport those who arrived in the UK under the age of 12. It is not known if discussions are under way to replicate an agreement of this kind for next week’s flight.

In 2018 a Home Office-commissioned report from the former prisons and probation ombudsman Stephen Shaw called for a new approach to the policy of detaining and removing people who had committed crimes but spent most of their lives in Britain. The Home Office has not implemented the recommendation.

The youngest of those surveyed was 22 and the oldest 49. Seventeen had lived in the UK for more than 20 years. At least 32 children will lose their fathers if their deportations go ahead, including a newborn and a one-month-old baby.

Of those surveyed, 17 had British partners and one man was a carer for his wife. Two spent time in care and several had learning difficulties. Eighteen reported mental health problems including anxiety, depression, schizophrenia, bipolar, psychosis and post-traumatic stress disorder.

One had been recognised as a victim of trafficking by the Home Office. Five others were potential trafficking victims after reporting being groomed into criminal activity as children.

One man had no criminal convictions but overstayed his visa because of flight delays during the pandemic.

While some had served long sentences for serious offences – the longest among those surveyed being 16 years – others had served much shorter sentences, with the shortest being one year and three months. Some had not reoffended for several years, including one man who had not done so for nine years and another who had not reoffended for six years. Offences ranged from manslaughter and sexual assault to firearms and robbery offences. Eight reported they were victims of torture or abuse and said they had scarring on their bodies.

Antonia Bright, the national organiser of Movement for Justice, said: “This is transportation not deportation. This flight is full of people who’ve been raised in the UK since childhood.”

Steve Valdez-Symonds, the refugee and migrants’ rights programme director at Amnesty International, said: “Once again the arbitrary vindictiveness of Home Office deportation policy and practice is on display. Many of the people subjected to these cruel expulsions – who have served their time for whatever they have done – are long connected to this country, including people wrongly excluded from their rights to British citizenship during childhood.”

Bella Sankey, the director of the charity Detention Action, said: “If someone has lived in Britain most of their lives then they are British in all but name and they are our responsibility.”

The Home Office said: “We make no apology for seeking to remove foreign criminals and return those with no right to stay here. Those being detained for removal on this charter include foreign national offenders who have been convicted of very serious offences … Our priority will always be to keep our communities safe, and since January 2019 we have removed more than 10,000 foreign criminals.”

Jamaicans with disabilities who came to UK as children facing ‘unjust and inhumane’ deportation
‘This is transportation not deportation,’ says Movement for Justice

The Independent UK
'Some degree of retail' in woman's alleged drug trafficking: court

The Home Office said it will carry out a case-by-case risk assessment when determining someone’s eligibility for relocation.