By Sarah Martin and Nick Evershed 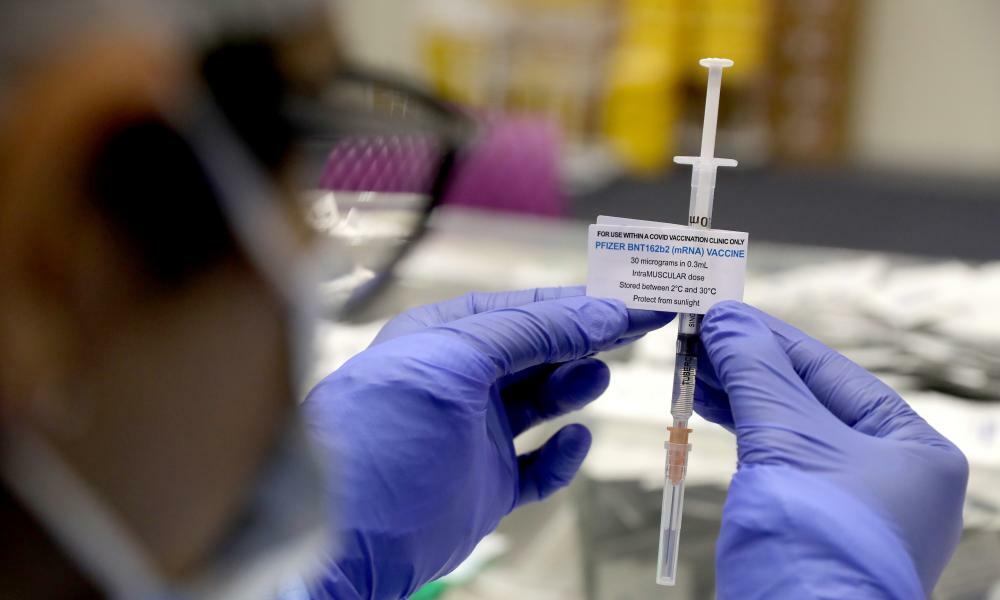 Almost all of Australia’s aged care homes are on track to meet Friday’s deadline for mandatory staff vaccination, despite centres in WA and some regional areas lagging behind.

As the Health Services Union calls for an extension of time for unvaccinated workers to avoid a possible workforce squeeze, a Guardian Australia analysis of data released by the federal health department shows a rapid acceleration in the past month of vaccination rates in centres across the country.

There are now only 20 centres with a vaccination rate below 20% compared to almost 600 in August, while about two-thirds of the country’s 2858 centres now have vaccination rates above 90%.

On Sunday, the health minister, Greg Hunt, said he was confident there would be an eleventh-hour “uptick” for the sector, with national cabinet to consider the final outcome of the mandate this Friday.

The most recent workforce figures provided by the government on Wednesday suggest about 8% of the aged care workforce was yet to be vaccinated, leaving about 22,000 staff still to receive a first dose.

The HSU’s national president, Gerard Hayes, has said the sector will not be able to cope if even 5% of staff are forced out for refusing to get vaccinated.

In June, states and territories agreed through national cabinet to require staff at aged care facilities to have at least one dose of a Covid-19 vaccine by 17 September, following advice from the Australian Health Protection Principal Committee.

Across the nation, ACT has the highest rate of coverage at 98%, while WA is the lowest at 92%.

NSW, Tasmania and Victoria all sit at about 96%, while Queensland, South Australia and the NT are at 94%.

The data shows that WA Country Health Service’s 39 homes have some of the lowest rates in the country, with coverage between 62% and 73%.

A spokesperson for the health service, however, said the commonwealth data was not up to date, and had not captured staff who had been vaccinated through a private provider.

“As at 14 September, WA Country Health Service has achieved high levels of compliance across our multipurpose sites with the vast majority of aged care staff now vaccinated against Covid-19,” the spokesperson said.

“As an organisation, we continue to make vaccines readily available to our workforce and only expect compliance rates to increase ahead of Friday.

“While we anticipate a small minority of staff will choose to opt out of the vaccination program, this will not impact our ability to continue offering high quality, patient centred care.”

The data shows that the lowest take-up rates are found in regional areas.

In Albany, in WA’s south, and in the east Pilbara, the rate of vaccination across 14 homes is between 70% and 79%.

For Queensland’s Sunshine Coast and Noosa hinterland, the vaccination rate for four aged care homes in the region is 60%-69% – the lowest in the state.

Five centres nationally have a vaccination rate below 20%, compared to 60 less than a month ago.

The success of the aged care workforce mandate has prompted calls for it to be extended to disability care and home care workers, but the federal government has said it will not put in place mandates beyond the “exceptional” circumstances of aged care.

So far, states and territories are each pursuing different mandates, with NSW issuing public health orders for childcare workers and teachers as well as for the broader frontline health workforce.

Vaccine mandates for health workers have also been announced by WA and Queensland, but other states are yet to follow suit.

On Wednesday, the government announced it would be helping employers vaccinate their workforces by supplying vaccines, but mandates would be left to business to decide.

The chief nursing and midwifery officer of Australia, Alison McMillan, said health professionals were taking up the vaccine in “huge numbers” but mandates would be left to each jurisdiction.

“We are seeing some jurisdictions have already mandated and I think we will see other jurisdictions follow suit very, very quickly ... Perhaps we’ve seen the success in aged care and we can learn a lot of lessons from what we’ve achieved in aged care,” she said.

“My position is that we continue to strongly encourage, but how a jurisdiction ultimately chooses to do that is up to them.”

She said the 92% success rate for the aged care sector was “a real credit to our aged care workers”.

Hunt said the government would not be mandating vaccines, “other than in the circumstance of exceptional cases” such as the protection of residents in aged care.