A charity-run cafe at Morwell in eastern Victoria is closing its doors and is blaming the ongoing work from home culture of the town's public servants.

The $30 million Latrobe Valley GovHub opened in Morwell in 2021 to offset economic decline caused by the Hazelwood power station closure.

The Victorian government promised the 200 public sector jobs at the office would provide a $15 million boost to the local economy.

However, Morwell Neighbourhood House manager Tracie Lund said that due to the pandemic, that economic boost had not eventuated.

She estimated "less than 10 per cent" of the 270 employees at the hub — working for organisations such as Parks Victoria, Earth Resources Regulation and Solar Victoria — were currently working from the office.

She said it had forced the charity organisation to shut its social enterprise cafe A Kinder Cup, which is located at the GovHub.

"It's now really not viable," Ms Lund said. "My heart is broken for my community, my staff and my committee."

Ms Lund said the cafe would close from next Thursday and would re-evaluate its future in three months.

The cafe hired staff who had difficulty finding work elsewhere.

'Tip of the iceberg'

Claudia Davies, the owner of nearby Claudia's Cafe, said the reduced foot traffic in the city was having a great impact on local businesses.

"They don't tend to go out, when they would normally go for lunch or coffee, helping all the little shops around town. They tend to just stay home," she said.

Ms Davies said many local businesses "were on the brink".

"I do get this terrible feeling that a lot of small businesses will buckle and not open again," she said.

"With COVID … there's only so long we can keep tightening our belt and keep going.

"People need to be encouraged to come out — otherwise every CBD will collapse."

The Victorian government's work-from-home recommendation ended earlier this year alongside an easing of other restrictions.

However, last month Health Minister Mary-Anne Thomas encouraged employers to consider allowing employees to work from home amid a surge in COVID-19 cases.

A government spokesperson told the ABC the public service had a flexible work policy, and employers "have been asked to consider work from home arrangements most suitable for their workplace and employees".

They also said the Latrobe Valley GovHub had delivered more than 500 jobs during construction. 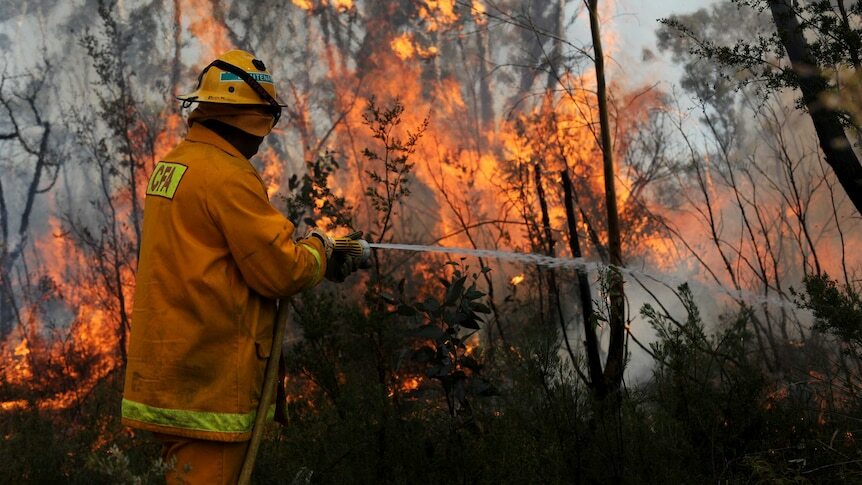 ABC News
From analysis to the latest developments in health, read the most diverse news in one place.
Health Workers Union calls for ADF assistance at Lyndoch Living aged care in Warrnambool amid staffing 'crisis'

The Health Workers Union has grave concerns for residents at the Victorian aged care home, saying on one occasion a staff member was left to look after 23 residents — more than half of whom were COVID positive.

A small group of employees at COVID-19 Quarantine Victoria, which is responsible for the state's quarantine program, held a farewell gathering during lockdown.

Wheelchair taxis are an essential service but they can be difficult to find in regional Victoria, leaving people with disability stranded.

ABC News
One place to find news on any topic, from hundreds of sites.
In a remote enclave, a young resistance army is challenging the might of Myanmar's junta