It is pretty human to crave the approval of peers and to hope for more of the same, even if unconsciously.

But for political parties selling themselves as unifying forces of the middle, broad-based and representative, this way lies atrophy. And death.

Courting the applause of extreme media voices is a formula for narrowing a party’s electoral reach.

Yet this is where the Liberal Party of Australia has journeyed over its nine years in office. First under Tony Abbott’s ideological zealotry and then through various squalls and culture wars since.

After unsuccessful attempts to address climate policy by Malcolm Turnbull and Josh Frydenberg – the latter being the standout casualty of the 2022 reckoning – the preference for clever politics over policy solutions has drawn the Liberal Party further from the great Australian middle, and towards gratifying the sharper grievances of religious conservatives and the electoral gains from suburban outsider resentment.

Throwing out euphemisms like “the quiet Australians” to camouflage his real project of demonising elites, Scott Morrison told a mining conference a year ago “We’re not going to achieve net-zero in the cafes, dinner parties and wine bars of our inner cities”.

It turns out this was a thumb in the eye to his own party’s greatest asset, its rusted-on intergenerational base of cashed-up professionals in its heartland. In the year since, this support base has been not just ignored, but insulted.

His personal appointment of the anti-trans Katherine Deves in Warringah (a once Liberal seat with the second highest pro-marriage equality vote in NSW in 2017) did not turn the election nationally, but its symbolism mattered.

It said everything about the slice of Australia to which Morrison’s Liberal-Nationals government had become in thrall.

Dog whistling Deves’s harmful views to the marginal outer-suburbs where Morrison thought they might just resonate, was a moral low point in major party politics in Australia. But it was also an undiluted electoral disaster.

So how does the party of Menzies’ “forgotten people” and John Howard’s “broad church” read the result, and then re-tool for recovery?

That task is made far more difficult because so many of the party’s leading lights have been washed away in Morrison’s great electoral bungle. The most important loss is the aforementioned Frydenberg (it seems) because the erstwhile treasurer and deputy leader represented the articulate urbane centre-ground. Clearly the most gifted and saleable Liberal in the parliament, he was the heir apparent.

His absence highlights that even the early logistical decisions will set the course. Among the few remaining moderates, Simon Birmingham told Insiders on Sunday, who they choose to be leader will set the tone of the opposition, but influence its policy also.

Therefore, it matters. Assuming Frydenberg does not scrape through on a favourable postal vote surge, Peter Dutton is the both the most likely leader, and the most conservative.

His selection would inevitably take the Liberal Party further from its disillusioned traditional blue-ribbon supporters - certainly in Victoria but elsewhere also.

Voters who walked in 2022, would keep walking.

Here, the basic maths are crucial. It is hard to imagine the Coalition even getting to 76 seats in future without recovering some or all of the “teal” seats.

Read more: A narrow Labor win and a 'teal bath': all the facts and figures on the 2022 election

Yet history shows that good independents consolidate their wins, suggesting these seats would be very hard to recover at any time, let alone when policy and personnel options are this limited.

Besides, finding genuinely local, top-shelf female candidates who are both capable and willing to take on a Zoe Daniel or a Monique Ryan – and who are prepared to campaign over almost a whole term, will be a supremely difficult task.

Making that commitment for a party with two more average conservative men running it (names like Angus Taylor and Dan Tehan have been mentioned) is even more difficult to picture. And if one of them is Peter Dutton, probably impossible.

This explains why Liberals are casting about for a woman to take one of the two leadership posts, probably that of deputy. Karen Andrews and Sussan Ley have been floated.

Surveying the carnage, Birmingham observed that the wellsprings of the weekend rout began a long time ago with the needlessly drawn-out marriage equality vote, (a full-blown culture war) and the rejection of the National Energy Guarantee championed by Frydenberg and Turnbull. Both political storms had registered negatively with soft Liberals in the heartland seats, leaving many distinctly unimpressed.

Yet as the beleaguered party considers its options, entreaties to double-down on the very things that alienated it from its base are already being aired. The logic can be well hidden.

“>The Liberal Party’s experiment with the poison of leftism and progressivism must be over.”

Other prominent conservatives on the network suggested Liberals who had become pale imitations of Labor were the ones defeated, whereas hardliners who stood up against climate policy and who oppose a First Nations Voice to Parliament, had been successful.

These were their takes after the most significant shift to the left by mainstream voters in memory.

They highlight the influence of ideology and what looms as a wrestle for the centre-right soul that lay ahead.

Sensible Liberals meanwhile, have some big decisions to make.

They could listen to the extremist voices in partisan media, remembering of course it’s what got them to here. Or they could be more self-critical.

In a democracy, it’s never a terrible idea to listen to what the voters have just told you. Their message wasn’t hidden at all.

Mark Kenny does not work for, consult, own shares in or receive funding from any company or organization that would benefit from this article, and has disclosed no relevant affiliations beyond their academic appointment. 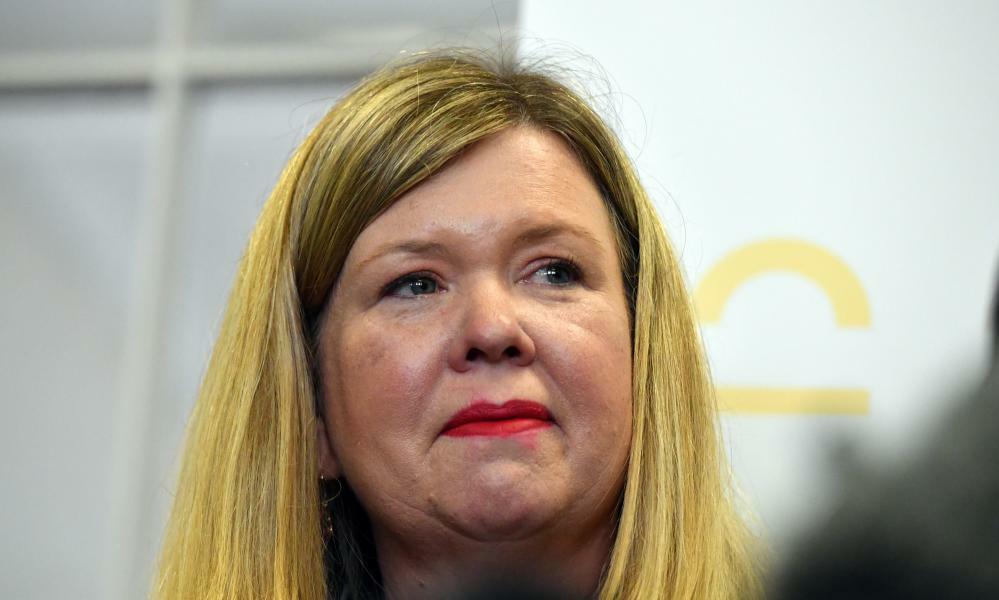