Governor-General David Hurley says he had no reason to believe the decision by former prime minister Scott Morrison to swear himself into multiple ministries wouldn't be publicly announced.

In a statement, a spokesman for the governor-general said Mr Morrison's decision to keep the five ministerial appointments secret was a matter for the previous government.

It comes as Mr Morrison resisted calls to resign from parliament following revelations he appointed himself to the finance, treasury, health, home affairs and resources portfolios between March 2020 and May 2021.

The spokesman said it was not Mr Hurley's responsibility to advise of the changes to the ministry.

"The governor-general had no reason to believe that appointments would not be communicated," the spokesman said.

"Any questions around secrecy after the governor-general had acted on the advice of the government of the day are a matter for the previous government."

However, the governor-general's spokesman said Mr Hurley had acted consistently on the advice of the government of the day and in line with protocols.

"The governor-general is content for the process that the prime minister has put in place to be completed and will not comment further," he said.

"The governor-general signs an instrument to act on the advice of the government of the day. The Department of the Prime Minister and Cabinet is responsible for that process (to appoint a minister)."

One of Mr Morrison's decisions as resources minister - in relation to the PEP-11 gas project off the NSW coast - is before the Federal Court.

The solicitor-general is preparing advice for Mr Albanese, to be delivered on Monday, on whether there are other legal issues at play relating to Mr Morrison's actions.

Mr Morrison defended his actions, saying the move was for an emergency scenario when he would need to act in the national interest.

"It was a very extraordinary time that tested every sinew and fabric of government ... (and) Australian society," he told reporters in Sydney on Wednesday.

"We took decisions - I did as a prime minister, we did as a cabinet - at federal and state level that some of us would never have dreamed we would ever have to make."

Mr Morrison added the lawful move, based on advice from his department, wasn't a power grab.

He said he never used the powers or overruled ministers, apart from the resources portfolio decision.

"As prime minister, only I could really understand the weight of responsibility that was on my shoulders," he said.

Mr Morrison says he kept the powers a secret to not "undermine the confidence of ministers".

"To best of my recollection ... I didn't exercise any override of any of the ministers in any of their agencies except for (PEP-11)."

One of Mr Morrison's former ministerial colleagues, Karen Andrews - who was unaware she was being shadowed in her role by the Liberal leader - has called on him to quit parliament.

Mr Morrison has apologised to his colleagues for keeping them in the dark.

A number of crossbenchers have flagged referring Mr Morrison to parliamentary committees.

He said he was happy to cooperate with any "genuine or positive process" that examined the government's pandemic response.

Opposition Leader Peter Dutton says he will work with the government to ensure "checks and balances are put in place to make sure it can't happen again".

Mr Albanese called on the former prime minister to apologise to the Australian people for "a trashing of our democratic system", saying democracy cannot be taken for granted.

"Democracy is in retreat worldwide. There's people fighting now in Ukraine to protect democracy ... you have a rise of undemocratic regimes. Our democracy is precious, we need to defend it and strengthen it, not undermine it," he told reporters in Brisbane.

"(It's) a clear misleading of the parliament, whereby parliamentarians and ministers are held to account for areas in which they have responsibility." 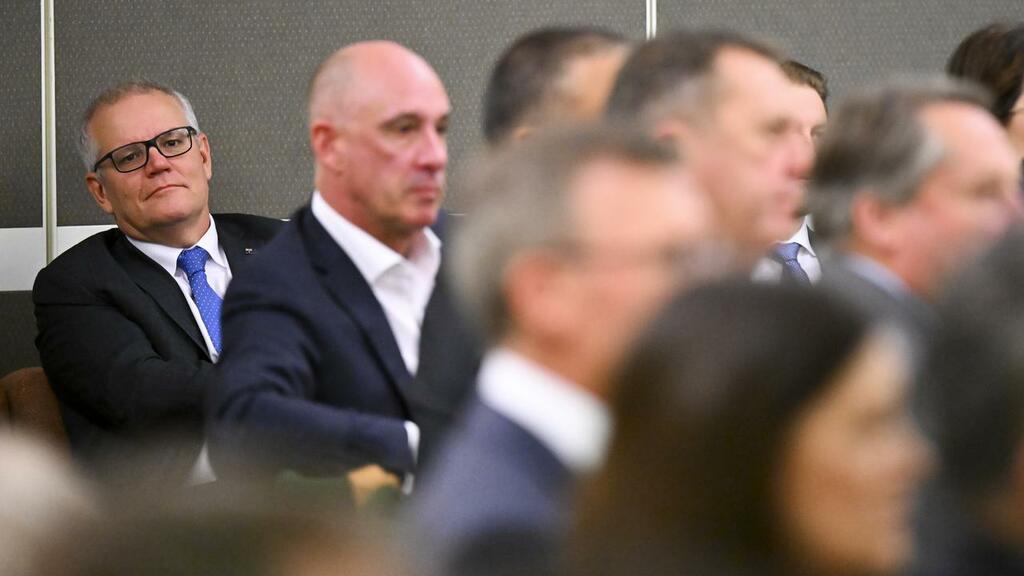 Crikey
From analysis to the latest developments in health, read the most diverse news in one place.
PM seeks legal advice on Morrison actions

Scott Morrison's secret decision to have himself sworn into three portfolios, next to the sitting ministers, is unacceptable, Anthony Albanese…

Anthony Albanese seeking official legal advice after it emerges predecessor had appointed himself to a number of roles.

The Canberra Times
One place to find news on any topic, from hundreds of sites.
Scott Morrison faces probe over secret ministry claims as government seeks legal advice