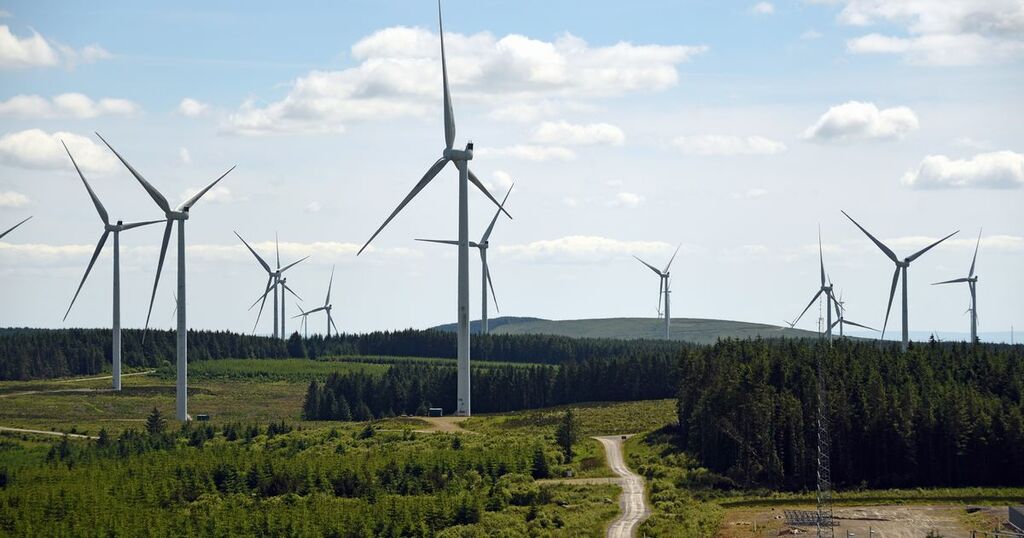 A huge increase in wind and solar farms and the construction of a tidal lagoon are needed to wean South West Wales away from fossil fuels by 2035, a report has said.

Gas for heating and cooking in homes will be phased out, according to a new energy strategy for the region, and most of us who drive will need to have an electric car.

The rewiring of the energy system in Swansea, Carmarthenshire, Pembrokeshire and Neath Port Talbot will require a £4.3 billion investment by 2035, said the draft strategy, which will be discussed by Swansea Council's cabinet on January 20.

READ MORE: Man threatened to 'execute' car dealer and his family after Mini Cooper he bought broke down

It said the region needed to cut its emissions by 58% in the domestic heat and power sector, by 56% in commercial and industrial emissions - excluding very large industrial sites like Tata Steel in Port Talbot - and by a 51% reduction in road transport.

These figures are measured against a baseline year of 2005, and emissions have been decreasing since then due to greater energy efficiency and behavioural changes.

The Welsh Government wants the country to be "net zero" in terms of carbon emissions by 2050, and South West Wales would be just over halfway towards that goal by 2035 if the energy strategy came to fruition.

It would require a doubling of the current onshore wind farm and solar renewable capacity, a significant ramping up of offshore wind, and new marine energy generation including a Swansea Bay tidal lagoon.

Some of this work is already in the pipeline, and new technologies could emerge which alter elements of the strategy.

"What is clear is that all of the different pathways must achieve significant decarbonisation; should less action be achieved in any of the areas summarised above, other sectors will need to compensate with higher action to achieve the same results," it said.

"The level of transformation described by the energy modelling actions is significant."

The £4.3 billion transformation cost would, it said, be met by the private sector, households, and national and local Government - and also lead to around 16,000 additional jobs.

Ways of storing electricity at scale would be needed in part to overcome long-standing constraints on the region's power grid.

The roll-out of electric vehicles is described in the report as "critical".

It said South West Wales had half the average proportion of electric vehicles compared to the rest of the UK, while Wales had the lowest number of electric charging points per head of population in the UK.

It envisaged that 78% of vehicles driven in South West Wales are electric by 2035 - the proportion at the time the draft strategy was written was just 0.3%. Sales of new petrol and diesel cars will be banned from 2030 under current UK Government plans.

The strategy also calls for a 10% reduction in private car mileage, and greater use of buses, trains and cycle networks.

The Welsh Government-backed report will need to be approved by the four constituent councils, and from there it will be taken forward by a new regional committee.

The report described a tidal energy lagoon in Swansea Bay, which is currently being taken forward by Bridgend-based firm DST Innovations, as "an important strategic project".

It is expected to take 12 years to deliver in full, create 2,500 permanent jobs, and would require planning permission among other consents.

Meanwhile, a project to decarbonise thousands of homes in South West Wales was approved by the Welsh and UK Governments last summer, as was a marine energy scheme in Pembrokeshire.