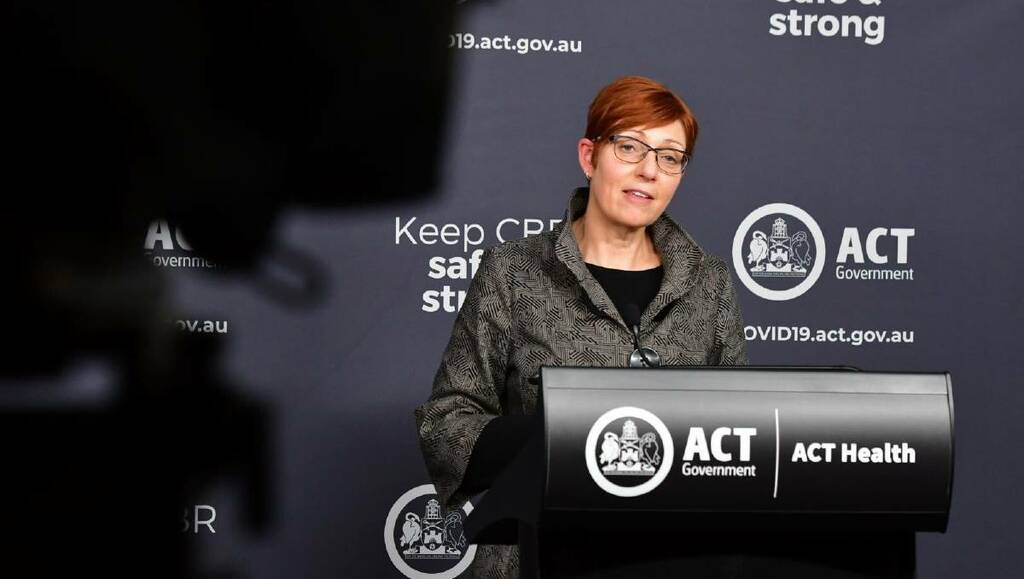 The ACT government will open up an extra 30,000 Pfizer vaccine appointments in the coming weeks, as the territory reached the 50 per cent fully vaccinated milestone on Friday.

Chief Minister Andrew Barr said he was confident that close to 95 per cent of Canberrans over 16 had either booked or had planned to book their vaccine appointments.

There are about 75,000 appointments at the ACT government vaccine clinics in the coming month. General practitioners and pharmacies are administering about 4000 to 5000 a day.

The extra Pfizer bookings will help to speed up the ACT's vaccination program. The appointments came after the federal government secured four million Pfizer doses from the UK in a swap deal. The ACT has been allocated more than 85,000 of those doses.

People who are already booked in for an appointment at an ACT government clinic can log onto the My Digital Health Record system and see if earlier appointments are available.

"People can use the Commonwealth's eligibility checker to find participating GPs and pharmacies in the ACT," she said.

"People moving their vaccine bookings forward will have a domino effect as their previous booking becomes available and this should allow most people to be able to get an earlier booking, noting that this is likely to take several days to work through."

Mr Barr said the extra Pfizer doses would speed up the ACT government's program by about about two weeks but he still encouraged people to book in for an AstraZeneca shot.

"For many people over 18 years old, the fastest way to get vaccinated is still to talk to a health professional about getting the AstraZeneca vaccine," he said.

Demand for the AstraZeneca vaccine at GPs and pharmacies has also remained relatively strong, despite a drop last week.

People aged under 40 have made up the majority of AstraZeneca jabs over the past month, with more than 15,000 doses administered to the cohort, figures from the Department of Health show.

In the week of August 16, the week after the ACT's lockdown was announced, there were 14,400 AstraZeneca vaccines given across GPs and pharmacies in the territory.

This was a massive increase on the week before, where only 9847 vaccines were administered.

However, the ACT shortened its interval between AstraZeneca doses earlier this week from 12 weeks to four-to-eight weeks, there are hopes this will entice more people to take up the vaccine.

"It's great to see Canberrans coming forward for an AstraZeneca vaccination after consulting their GP or other health professional," Ms Stephen-Smith said.

"The reduced timeframe between first and second dose means people who haven't been able to get a Pfizer appointment until later in the year can be fully vaccinated earlier with AstraZeneca."

Mr Barr announced on Friday that 50 per cent of ACT's population over 16 had been fully vaccinated, the first state or territory to reach this point.

The federal government puts the ACT's fully vaccinated rate at 49.4 per cent, but Mr Barr said there was a lag between Commonwealth and ACT figures.

While the ACT has reached the 50 per cent milestone in the over 16 population, the Chief Minister again reiterated the territory would include 12 to 15 year-olds when it considered the key vaccination targets.

"When we talk about milestones and figures, we are looking at the 12 plus population two weeks after we cross the headline thresholds," Mr Barr said.

"The vaccines are not at full effectiveness until two weeks after you've had your jab."