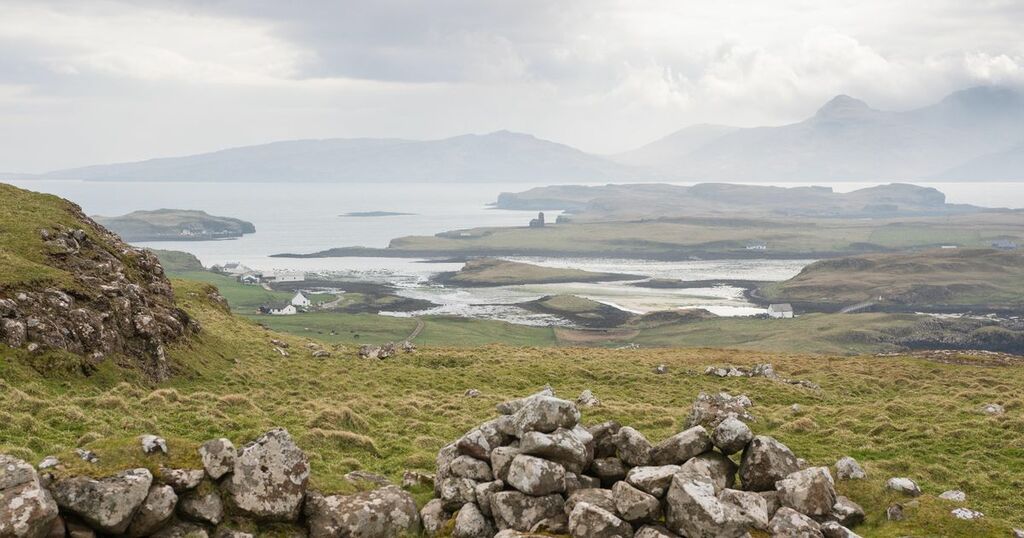 More than 100 people have applied for a job on an isolated Scottish island miles from the rest of the UK.

Hours from civilisation, Canna is an island in the westernmost part of the Small Isles archipelago in Scotland in the Inner Hebrides.

Four and a half miles long and one mile wide, it’s over two hours from the mainland port of Mallaig.

And a rare job is now going as the island, owned by the National Trust for Scotland, is hiring someone to run the Tighard Guest House.

Only 15 people live on the Hebridean island that sits 23 miles out in the Atlantic.

People have applied from all over the world for the opening as the National Trust shortlist potentials for the island.

The organisation is looking for someone who has knowledge of rural living, hospitality and good people skills as the house is one of the few holiday providers on the island.

In a Facebook post on November 19 last year, the previous owner announced they were leaving the role, but remaining on the island.

Tighard, which means ‘high house’ in Gaelic, is an Edwardian property build around 1904.

It sits atop a hill overlooking the harbour and enjoys stunning views to the isles beyond.

In 2006, it was renovated as a guest house and offers three bedrooms available to let all year round.

There’s also a large garden with a small orchard and woodland.

Downstairs in the property is a private living area comprised of one double bedroom, a small kitchen and wet room along with the communal use of the living room and dining room.

National Trust Scotland writes: "It's an exciting opportunity for somebody with great hospitality and people skills to make a major contribution to island life, while living in a place surrounded by history, culture and nature.

“Tourism is very important to the island - as one of the few holiday accommodation providers on Canna, you will play a key role in making guests feel welcome and ensuring they enjoy a rich and memorable visitor experience during their stay.

"Ideally, applicants should have some knowledge of rural living - Canna is a two-hour ferry journey from the mainland port of Mallaig.

“You'll be very much part of this small but vibrant community, which in recent times has developed a shop, its own renewable energy scheme and is currently raising money to build affordable housing.

"Prospective tenants should note that Tighard cannot be operated as a restaurant, although guests can be provided with dinner as well as breakfast if desired. This is to avoid conflict with the island's existing caf business.

"Canna residents are resourceful and take the challenges of island living, such as weather and remoteness, in their stride.

“However, the rewards of living on Canna are undoubtedly many: it offers an exceptional lifestyle and breathtaking scenery.

“The 4-mile-long island is a bird sanctuary and is famous for its natural beauty and wildlife, including golden eagles and puffins.

“It offers many walking routes, beautiful beaches and has over 1,000 sites of historic interest.

"If you're successful at the first stage of application, you'll be asked to visit Canna so you can see the property, meet the community and get a feel for the island. Thereafter, the Trust will ask for a business plan and undertake interviews."

The island once supported a human population of more than 400 people in 1821.

It has no major roads, shop, pub or mobile phone coverage, and the nearest doctor is a boat trip away, based on neighbouring Eigg.

Islanders hopes to double the population to 30.

There are hopes, in time, to reopen Canna's tiny school.

Jim Whyteside, a spokesperson for the NTS, said the trust had been "thrilled by the quality and diversity" of the applicants.

"It comes down to two things. First, the reality of island life - from getting supplies to getting a break from work, fitting in with the community and helping the community meet its aspirations," he said.

"People have to understand what they're taking on. It is not an escape. You're going to be working very hard.

"Second, what can you bring to that community? There may be skills and other attributes it will value because that's very much part of becoming one with the community."

Those on a longlist were asked to produce a business case.

If they reach the shortlist they will be taken to Canna for a tour and to meet its community development trust before, all being well, moving in around Easter.

Several years ago, a couple snubbed the South of France after being chosen by islanders to run the remote B&B.

Colin Irvine and David Marr were on the verge of buying a B&B in Toulouse - where the average summer high is 28 degrees C - before deciding to instead join then just nine other islanders on chilly Canna.

Toulouse by contrast has a population, including its metropolitan area, of 1.2 million.

Mr Irvine and Mr Marr left a few years ago and there have been subsequent operators of the guest house.

The new Tighard team can expect customers from the ferry which runs four times a week in the summer and passing yachts.

John Lorne Campbell and Margaret Fay Shaw, who gathered one of the largest archives of Gaelic culture, were Canna's former owners.