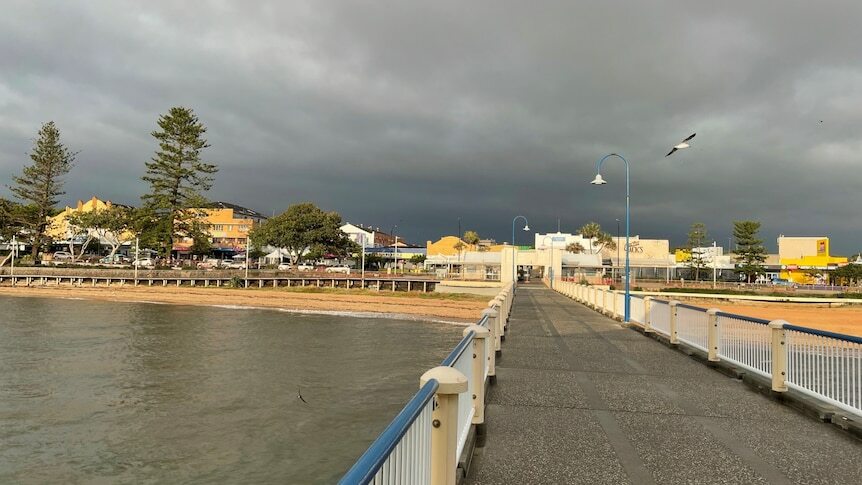 A severe thunderstorm warning has been issued for parts of central and north Queensland, while a separate warning for south-east Queensland has been cancelled.

The Bureau of Meteorology (BOM) said the severe thunderstorms were likely to produce damaging winds, large hailstones and heavy rainfall that may lead to flash flooding over the next few hours.

The system is forecast to anchor itself across areas over and to the north of the Wide Bay and Burnett district during the afternoon.

"The main focus of thunderstorms has now shifted to the Wide Bay, Burnett and Capricornia, so around Maryborough — we have recorded around 50 millimetres in the past two days there," he said.

"The focus will keep shifting, northwards up the coast.

"We could see some severe thunderstorms just around Mackay for the rest of today and the Capricornia, and then contracting further north later today and into tomorrow."

Yesterday, thunderstorms impacted much of the state.

The highest rainfall recorded was in the wet tropics with the Upper Murray receiving 63mm and south-east Tallebudgera Creek receiving 57mm.

Wind gusts of up to 69 kilometres per hour were recorded through Rockhampton and 85kph in Moreton Bay.

The weather is clearing in the south-east in time for a sunny weekend but may linger in the tropics.

The weekend is expected to bring sunshine and a top of 28 degrees Celsius ahead of a rain-bearing system affecting most of eastern Queensland next week.

"We are expecting a return of showers and thunderstorms for the south east on Monday and Tuesday," Mr Kennedy said.

"So a fairly short break, just the two-and-half days but a well timed break."