More patients should expect their operations to be cancelled, warns top doctor 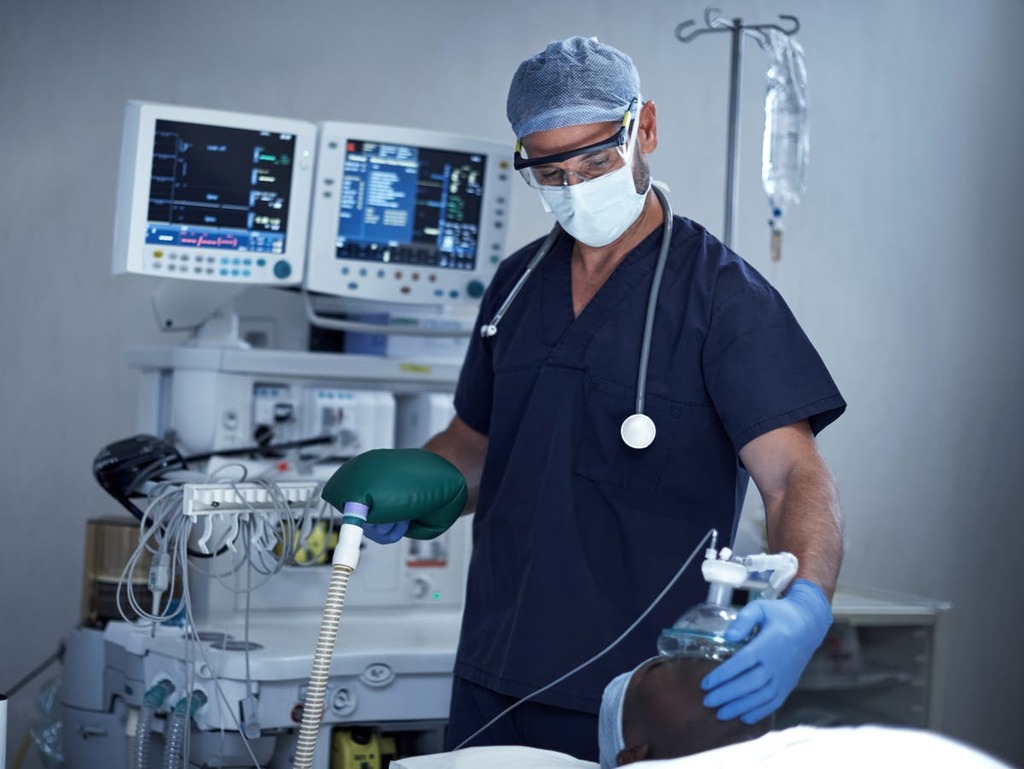 Billions more in NHS funding is not going to be enough to reduce the backlog of millions of waiting patients because of a shortage of key doctors essential for most surgeries to go ahead, The Independent has been told.

Dr Fiona Donald, new president of the Royal College of Anaesthetists, told The Independent the workforce gaps among anaesthetists, the largest group of hospital specialist doctors, had deteriorated since the pandemic with one in three reporting mental health problems following their experiences during the Covid crisis.

In her first interview, Dr Donald, a consultant anaesthetist at Southmead Hospital in Bristol, said she was very worried about the demand on hospitals during winter, adding that doctors were being asked to do extra work that was “beyond reasonable.”

She said she feared it was “inevitable” there would be more cancellations of operations in the coming months as the NHS comes under extra pressure – with the shortage of doctors placing a limit on how many surgeries could be done.

Anaesthetists are essential for surgery, sedating patients and monitoring them during operations. They also work in critical care units where patients are sedated and on ventilators to help them breathe. Anaesthetists also work across other hospital departments, including maternity.

During the coronavirus waves, anaesthetists were among the NHS staff working on the frontline in makeshift intensive care units and working to try and save the sickest patients.

The Royal College of Anaesthetists (RCOA) has warned almost one in five of its members are planning to leave their jobs after the pandemic, with 40 per cent saying they may cut back their hours.

This will exacerbate existing shortages with nine out of 10 units reporting they have at least one consultant anaesthetist vacancy.

Dr Donald told The Independent that without anaesthetists most operations would not be able to go ahead. The RCOA has previously warned the shortages mean up to a million operations a year are delayed due to vacancies, but Dr Donald said that figure would almost certainly now be higher.

“I think there's no doubt it's going to be a very difficult winter and the NHS is going to be under enormous pressure at a point when everyone is a bit tired, and the workforce is short. I'm very worried.

“I think inevitably there will be [more operations cancelled] because we're already seeing cancellations and we are ostensibly in summer at the moment.

“As the numbers of Covid cases in intensive care rise, which inevitably they will along with other diseases, then anaesthetists may well be pulled from their anaesthetic duties. So that means fewer anaesthetists to provide both the emergency and the planned anaesthetic services and obviously we have to prioritise emergency services.

“I would anticipate at least the number of cancellations staying at the same level, if not increasing.”

Earlier this month ministers unveiled an extra £5.4 billion for the NHS for the second half of the financial year with an extra £1 billion specifically to try and reduce the backlog of operations – which has now risen to a record 5.6 million patients.

Dr Donald warned that while the money would help there was a limit to what could be done due to workforce stresses.

She said: “If you haven't got enough anaesthetists, you will not be able to do as much work and you will not be able to recover the backlog as quickly. When there are no extra people in the system, and you've got extra work, the same people will have to do more. You can't just keep piling work onto people and expect there not to be consequences.

“A major part of the surgery team is the anaesthetist and without us, there's no going forward for the majority of operations.

“What's actually needed is long-term workforce planning that's properly funded. The money will help, no doubt, but you need to be able to plan long term to make a system better.”

She said during the pandemic doctors worked long hours because it was an emergency but she warned this could not continue indefinitely: “You can’t rely constantly on people working beyond what is reasonable.

“All services are stretched to some extent. Some are expanding back out in terms of critical care capacity.

“The types of surgery that are being cancelled vary from place to place, depending on the Covid work that's going on. But there's no doubt that it isn't back to normal, and the patients with Covid are impacting, as is the sickness amongst staff.”

She warned the NHS was heading into a “perfect storm where people who are already tired and demoralised are then not given adequate time to rest and so you end up in a very difficult situation.”

Dr Donald, who works as an obstetric anaesthetist in maternity, also warned of the dangers for pregnant women from Covid.

She told The Independent: “In the first wave, the number of pregnant patients I saw was quite low but the numbers have definitely increased over the subsequent surges. I think it's just tragic that we can't persuade some pregnant women to get vaccinated.

“We know we've got a vaccine that's effective, not necessarily in preventing you from becoming infected, but in making the disease severity so much less severe, and we know that particularly in later pregnancy if you develop Covid, the likelihood of you having a serious illness is quite high because of the mechanics of pregnancy.

“It is safe and in the best interests of both mothers and their babies.

“Seeing a pregnant woman struggling to breathe, and then having to take action at a point when they're very unwell, and then they end up on the intensive care unit and wake up some days later not really knowing what's happened. It’s heartbreaking to see because it's avoidable.”