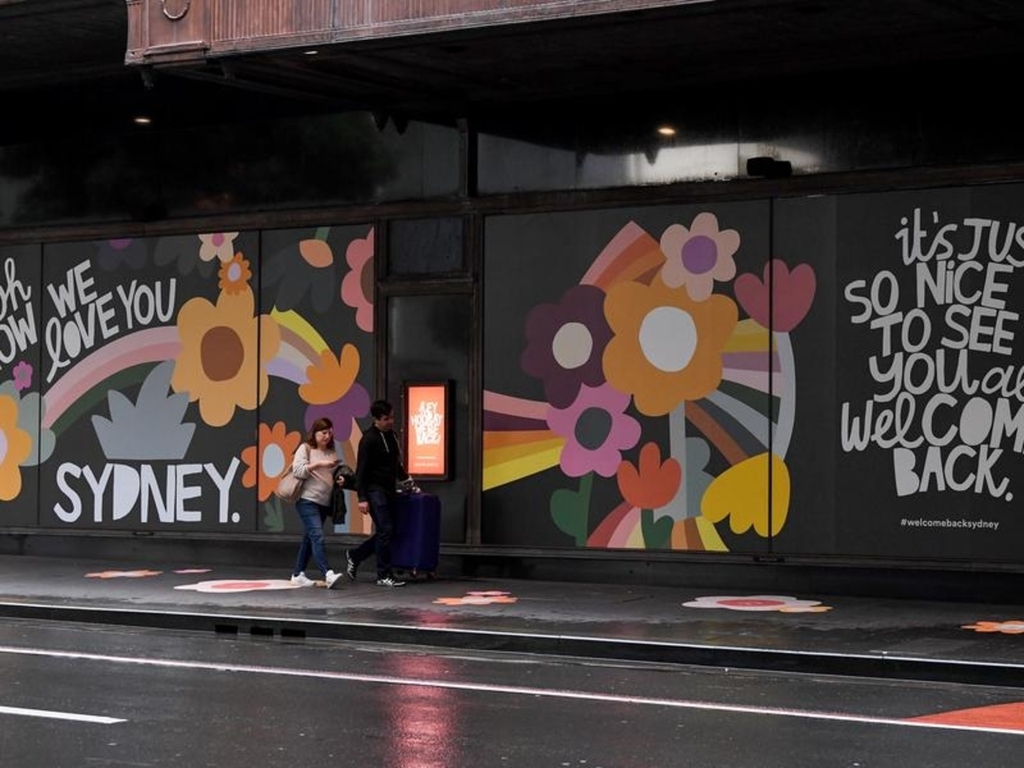 A day after months of lockdown ended in NSW an economic recovery package is due to be unveiled to help businesses bounce back in the lead up to Christmas.

Premier Dominic Perrottet and Treasurer Matt Kean will announce the business recovery package in Sydney on Tuesday after Greater Sydney emerged from 100 days of lockdown.

Later on Tuesday, NSW Parliament will resume after a three-month hiatus with Mr Perrottet facing his first question time as premier after the resignation of Gladys Berejiklian.

On Monday shops, gyms, cafes and hair salons were overrun as partons responded to weeks of pent up demand as people ventured more than five kilometres from home to explore new freedoms.

And with NSW already on the verge of another critical COVID-19 vaccination milestone, crowds could soon be back in stadiums and nightclubs.

More than 80 per cent of the population is predicted to be fully vaccinated as soon as next Monday, the next threshold for easing restrictions.

As of Sunday - when another 496 new locally acquired cases were recorded in NSW as well as eight deaths - 74 per cent of the state's population had received two doses of a vaccine.

In the meantime, NSW residents made the most of 'Freedom Day' on Monday with up to ten adults now allowed to visit homes and 30 people permitted to gather outdoors.

But as the lockdown ended a "lockout" of the unvaccinated came into place, with only the double-jabbed able to enjoy restored freedoms.

This will remain the case until December 1.

While authorities, business owners and hospitality staff were nervous about potential conflict with unvaccinated people denied entry and in-venue service, most in NSW were on their best behaviour.

Mr Perrottet called for patience and goodwill to continue, as businesses readjust and get used to checking customers' vaccination status.

"There's no doubt there will be teething issues... but if we look out for each other, if we respect each other, we'll be able to make sure that NSW gets through this period of time and comes stronger out the other side," he said on Monday.

Unlike his predecessor, Mr Perrottet said he had no concerns labelling Monday a "Freedom Day" for the state but reiterated that existing restrictions must still be followed.

Despite those limitations - including mask-wearing, social distancing and strict density limits and venue caps - Small Business Minister Damien Tudehope said the mood in NSW was one of elation.

"The spirit of optimism that's out there is something which is really contagious ... People waking up today are waking up in circumstances where they're feeling happy about their lives," Mr Tudehope said.