More misery could be on the cards for rail passengers.

Members of the National Union of Rail, Maritime and Transport Workers (RMT) have rejected the offer of a five per cent pay rise from ScotRail.

And if a better deal isn’t forthcoming, members – such as conductors and station staff – could strike.

RMT general secretary Mick Lynch said: “Our members have spoken and ScotRail will have to come up with an improved package.

“We will now seek an urgent meeting with the company.

“If no improved offer is forthcoming then we will ballot our ScotRail members for strike action.”

The latest offer from ScotRail – which 60 per cent of RMT members who voted opted to reject – was similar to that accepted by train drivers union ASLEF last month.

That brought to an end a dispute that had forced ScotRail to introduce a reduced, temporary timetable after ASLEF members pulled out of overtime and rest day working.

ScotRail’s head of customer operations Phil Campbell said: “It is incredibly disappointing that RMT members have voted against this offer.

“The offer made to general grade staff is a strong one and recognises the cost-of-living challenges faced by families across the country as well as delivering good value for the public.

“The deal on offer recognises the hard work of staff while conscious of the financial challenges faced by the railway as we look to recover from the pandemic.

“We all want to have a reliable, efficient and sustainable railway that supports the economy and connects communities across the country. This offer would be a significant step towards delivering that.”

RMT members are also planning strike action on August 18 and 20 in a separate dispute with Network Rail.

Although ScotRail is not one of the 13 train operators involved in the dispute, services will be hit as Network Rail is responsible for train lines and infrastructure.

Previous RMT strike action has seen no ScotRail or TransPennine Express services stopping in Dumfries and Galloway with only a handful of Avanti West Coast services calling at Lockerbie. 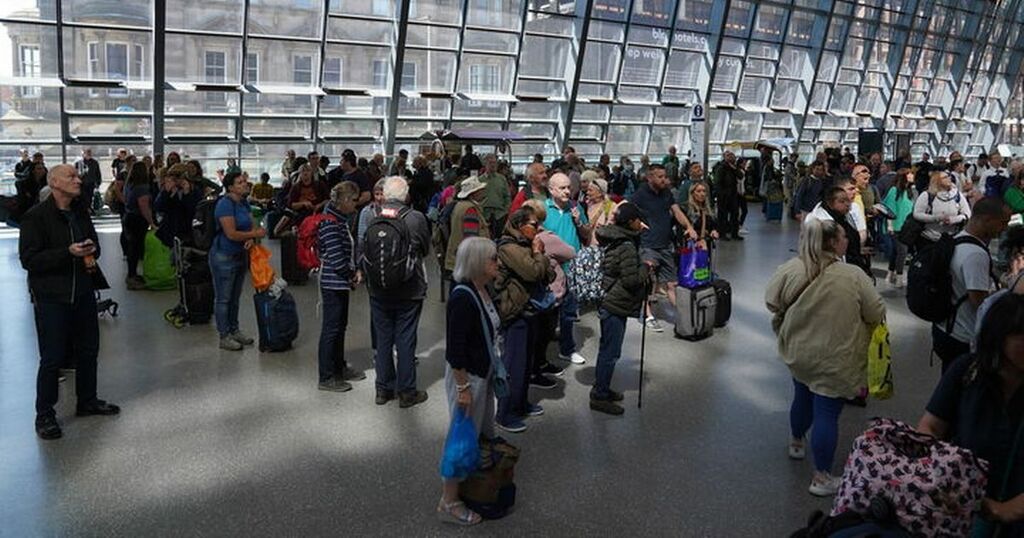 Glasgow Live
One subscription that gives you access to news from hundreds of sites
Edinburgh train strikes: Services affected by industrial action amid Festival Fringe

Next week could see services slowed to a near-holt on some days, with more disruption on the cards as the…

The poll of over 200 nursing staff found that Scottish nurses were unhappy with the current pay offer.