Medics generally support plans to turn Swansea Bay's three main hospitals into centres of excellence - but have expressed deep-seated concerns about staff shortages, according to a report. One consultant physician described staffing issues as "an ongoing and repetitive problem", requiring a lot of money to be spent on locum doctors.

"All the (medical) specialties are constantly moving doctors and locums around, just to get us through the day," said the physician. Another said that doctors were "juggling a lot of balls in the air" to keep things going, according to the report by the Royal College of Physicians (RCP) Cymru.

A lack of beds was another issue raised by medics and trainees during a virtual visit to Morriston and Singleton hospitals by three senior RCP representatives last November. The RCP Cymru report cited a sense of team spirit among medics and added that trainee doctors said they would return to Swansea Bay University Health Board, which covers Swansea and Neath Port Talbot, to work as consultants.

But workforce concerns - a national challenge - came up again and again. The report said that in 2021, 59% of consultant physician posts advertised in Wales went unfilled.

- Under a health board programme called Changing for the Future, Morriston Hospital will be the centre of excellence for urgent and emergency care, complex care, specialist care and regional surgery.

- Singleton Hospital will be the centre of excellence for planned healthcare, women’s health, cancer care and diagnostic tests and routine day surgery.

- And Neath Port Talbot Hospital will be the centre of excellence for orthopaedic and spinal care. It will also host rehabilitation, rheumatology, outpatients, day surgery and a seven-day a week minor injury unit.

RCP Cymru has recommended the health board addresses two "immediate" priorities: developing a workforce plan setting out health and care workforce numbers and the projected numbers needed for the next five to 10 years, alongside a recruitment and retention strategy; and a phased rather than sudden move to the centres of excellence model. It also recommended an increase in staff numbers as a pre-requisite to bringing together acute medicine onto the Morriston site, and involving clinicians not only in discussion and development but in decision-making about changes to the way medicine was planned and delivered.

The report said there was real concern that there were not enough nurses, allied health professionals and physician associates - general healthcare professionals - to handle the extra workload caused by combining the acute intake at one hospital while maintaining planned care, elective surgery and cancer services at another. One contributor to the report claimed that nurse staffing levels were "diabolical."

RCP Cymru said health board chiefs acknowledged staffing issues at a wider level and that they were trying to make roles more attractive. The health board also argued it had changed ways of working and improved recruitment to some hard-to-fill specialties. The report said the health board also recognised that a "critical mass" of physicians was needed to practise specialty medicine and deliver general medicine effectively, and that the changes coming would achieve this.

The health board employs around 12,500 staff and spends around £1 billion per year on services for the 390,000 people who live in Swansea Bay.

The report said medics were split on the issue of patient backlogs. In some specialties it was felt that waiting lists were becoming a constant juggle, targets were not being met, and this was having an impact on patient safety. Other specialties felt their waiting lists had improved, but that there were fewer doctors on the acute rota as a result.

Consultants, meanwhile, agreed that trainees were struggling to attend outpatient clinics, which was a crucial part of their education and contributed to their career progression. One consultant physician said: "We’ve got devoted and hard-working juniors and I feel quite bad I’m not able to offer them the training that they once had."

The report said there was widespread support for the health board's chief executive, Mark Hackett, but that clinicians found frequent changes at executive level unsettling.

RCP president Dr Andrew Goddard said in the forward to the report: "The new plans for reconfiguration of services seem very sensible. However, I’m afraid the real success of these changes will depend entirely on having enough staff."

Dr Olwen Williams, RCP vice-president for Wales, said the visit was very positive and enjoyable. "However, the issue that came through time and time again was the impact of staff shortages on workload, teaching and waiting lists," she said.

In response, the health board's medical director, Dr Richard Evans, welcomed the report. "Clinicians have been at the forefront of the discussions on the new model of care and this new service model will provide better care for patients delivered by our highly dedicated clinical teams," he said. "It is vital that our design of the service includes the right staff numbers to deliver an excellent service, which will include existing staff as well as new staff."

Dr Evans added: "As we finalise the detail and timing of the plans, we will be discussing these with our staff through a staff consultation programme. There won’t be an ‘overnight switchover’ and in the coming weeks we will be setting out the timescales for these changes and the way in which we transition from our current model of working to the new one."

Find out about things going on where you live: 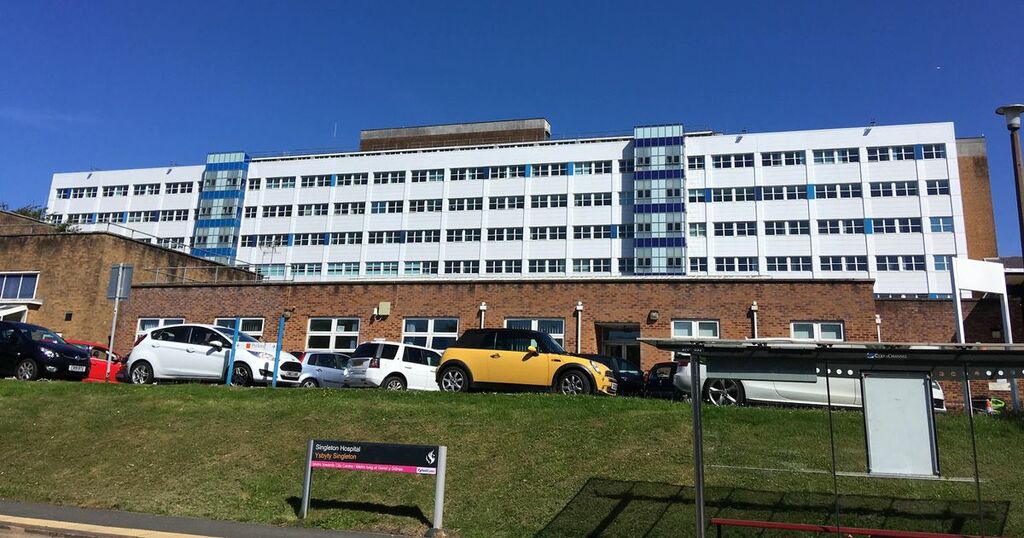 NHS Forth Valley has apologised after three separate complainers took their cases to the Public Services Ombudsman.