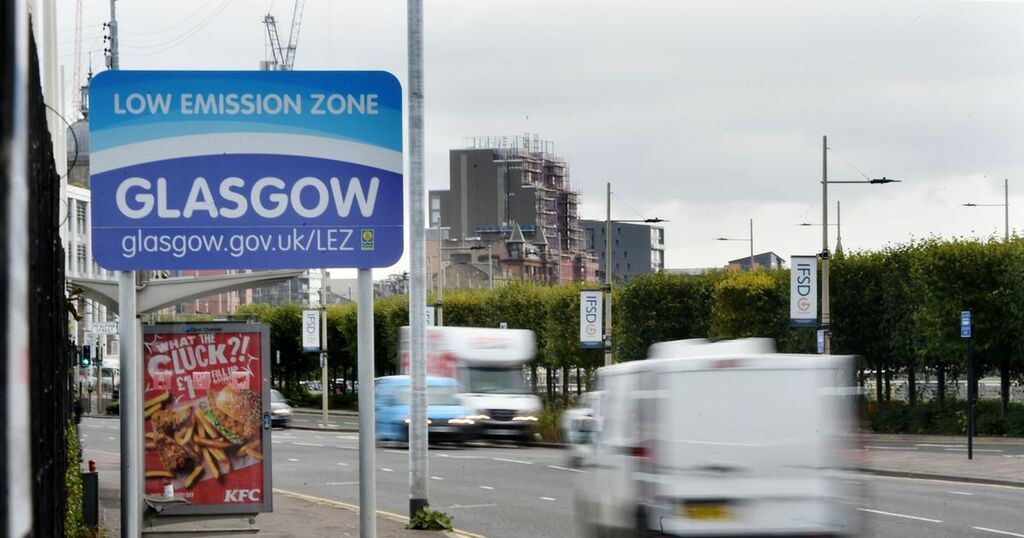 More low emission zones (LEZ) banning older cars could be introduced to other parts of Glasgow.

Polluting vehicles will not be allowed to enter about 200 streets in the city centre from 2023 to help make the air cleaner along with other benefits.

A 120-page Glasgow transport strategy draft policy framework said the council would “consider any roll‐out of LEZs to other areas in the city as appropriate and in consultation with stakeholders.”

It was revealed as a strategy update was presented to the environment, sustainability and carbon reduction city policy committee last week.

LEZ possibilities are just a small part of a huge plan to make the city greener, which includes boosting cycle paths.

Another goal would see neighbourhoods transformed so people can carry out their daily tasks using sustainable transport within 20 minutes of their homes. Raising awareness of the problem of car idling is also on the agenda along with a mission to help improve public transport.

There will be public engagement consultation on the transport strategy - starting on October 18 and running for six weeks.

Speaking at the meeting, committee chair councillor Angus Millar, SNP, said: “We all look forward to the public engagement taking place over the next period so that we can actually start moving this forward and get some outputs from this work, which has been going on for a long time and is very important to the city.”

The council aims to hit net‐zero carbon emissions in Glasgow by 2030 and reduce vehicle trips in the city centre by 30 per cent by that year. Creating a network of safe routes for walking and cycling is a major priority.

The committee was also briefed that a scoping study on bus governance options was underway.

The study will look at ways bus transport could be improved. The Transport Scotland Act 2019 would allow for local authorities to take over the running of buses. Labour councillors have voiced interest in Glasgow and West of Scotland bus services being run by councils.