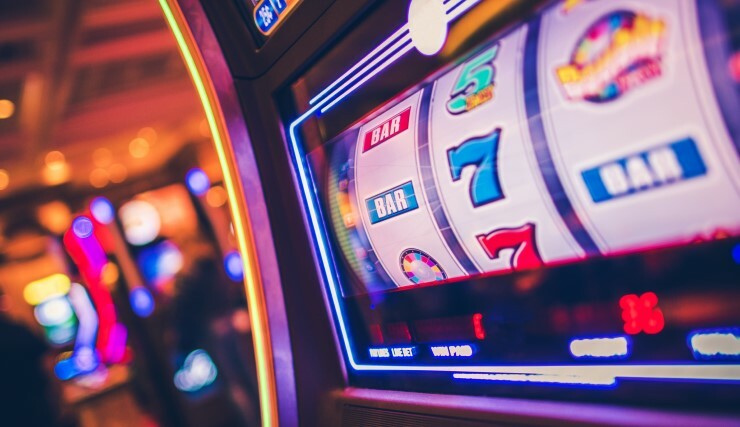 With the federal government foolishly insisting on secrecy in terms of who received the $89.3 billion in JobKeeper handouts, the drip-feed of revelations will continue all the way to the federal election.

Besides the Louis Vuitton disclosure last week and revelations that Gucci and Bulgari shared in more than $10 million, there hasn’t been a lot of naming and shaming of multinational recipients. However, Crikey can reveal that global pokies giant International Gaming Technologies (IGT) received millions in JobKeeper in calendar 2020 to assist with its $30 million wages bill.

Unlike the direction from ASIC for ASX-listed companies to disclose their specific JobKeeper revenues, there is no such requirement with the Australian subsidiaries of multinationals, so the accounts lodged by IGT Australia with ASIC don’t reveal precisely how many millions it pocketed.

With pubs and clubs shut for much of the year, IGT’s performance was down as revenue dropped from $145.4 million to $81.3 million and after-tax profit dipped from $10.27 million to $4.4 million.

However, if not for the generosity of JobKeeper, IGT Australia wouldn’t have been able to pay down $5 million of the $24.5 million inter-company debt owned to its London-based parent, which has a market capitalisation of $6.14 billion.

In the Australian gambling market, IGT has long struggled against the might of local pokies manufacturing behemoth Aristocrat Leisure, which has a market share of approximately 50% in Australia, equating to about 100,000 of the 200,000 machines in the 5000 pokies venues across the country.

The billionaire Ainsworth family remain the largest shareholder in Aristocrat. The company’s shares have soared as it diversified into social gaming but it still received $11 million in JobKeeper payments last year, even though it has a market capitalisation of $30.4 billion. This is more than the combined value of four other billionaire-dominated public companies which claimed JobKeeper: Crown Resorts, Harvey Norman, Solomon Lew’s Premier Investments and Kerry Stokes’ Seven Group Holdings.

There is no sign yet that Aristocrat Leisure intends to join this growing list of companies voluntarily repaying JobKeeper, even though its $11 million handout was nothing compared with its record $1.38 billion net profit last year, up from $699 million previously.

Staying with the gambling industry, RSL Victoria, which is the third-largest Victorian pokies licence-holder after Crown Melbourne and Woolworths/Endeavour, is belatedly holding its AGM tomorrow.

Crikey has previously reported on the strange approach to governance and transparency which RSL Victoria adopted at its 2019 AGM at Caulfield Racecourse, but tomorrow’s affair will be fully virtual; 200 delegates signed up to attend via Zoom. Most of these will represent the 50 bigger RSL sub-branches with poker machines which are generally given four delegates each. The 200 pokies-free sub-branches are typically given only one delegate at state conference.

The RSL Victoria board has been under sustained pressure from younger veterans, so much so that the normal question-and-answer forum at the AGM has been cancelled. However, the 21-page agenda shows that the pokies-free Hawthorn RSL has put up a range of constitutional amendments.

Hawthorn’s president, East Timor veteran Lucas Moon, has been attempting to shake up the RSL for the past three years, pushing for a return to stronger advocacy and veteran welfare services, with less emphasis on commercial operations such as running almost 3000 machines across 50 RSL Victoria pokie dens.

Despite the pokies gerrymander, Moon is considered a chance to succeed in his run for senior vice-president, having built up the biggest service member sub-branch in Victoria while attracting plenty of political members to Hawthorn, such as local member and federal Treasurer Josh Frydenberg.

RSL Victoria is one of the Australia’s biggest remaining not-for profits with $1.5 billion in assets, although the COVID shutdowns have led to tens of million in losses across the network as its debts to the ANZ Bank head towards $100 million — despite receiving more than $10 million in JobKeeper last year.

There will be plenty to discuss tomorrow. RSL Victoria’s CEO Jamie Twidale, a former Sex Party candidate, recently resigned after an investigation into an all-staff email he sent out disclosing details about his Tinder profile.

Long-serving RSL Victoria president Rob Webster, 73, has been on the all-male board since 1989 and is facing an insurrection from modern veterans who believe it is time for the Vietnam generation to step aside. After the dramatic departure from Afghanistan and with younger veterans successfully campaigning for a royal commission into veteran suicide, almost in spite of the efforts of the pokies-focused RSL, there is a real sense that change is coming.

But whether that involves an RSL pivot away from poker machines is another question. Crikey can reveal that the current RSL Victoria board has decided to ditch its all-encompassing $30 million a year contract with Tabcorp to supply and maintain its pokies fleet and will instead become a direct pokies operator.

This will be good news for the likes of Aristocrat and IGT because RSL Victoria and the sub-branches opting to go with the Anzac House management model will need to spend millions of veteran-owned dollars buying new machines to replace the poorly performing Tabcorp fleet.

Is that what the World War I diggers who got the RSL going would have wanted? Unlikely.