Everton suffered a harsh defeat to Chelsea in their first match of the new Premier League season.

The Blues lost 1-0 at Goodison Park thanks to a first-half penalty from Jorginho, who converted from the spot after Abdoulaye Doucoure was adjudged to have brought Ben Chilwell down in the box.

Salt was rubbed into the wounds when Yerry Mina limped off in the second half.. That came after fellow defender Ben Godfrey was stretchered off early on.

JOE THOMAS: Everton show Frank Lampard one clear sign of progress despite big problem he knows all about

ADAM JONES: Ashley Cole work paying off but Frank Lampard might be forced into major change

Plenty of national media outlets were in attendance to watch the narrow defeat for the Blues - as well as our own Joe Thomas. And here is a round-up of what they had to say.

Andy Hunter, via The Guardian

“It was not a statement performance to launch a new season under ambitious new owners yet Chelsea found rare encouragement at Everton nevertheless. "Maybe it was not the most exciting game in the history of the Premier League," Thomas Tuchel massively under-stated. "But a win is a win is a win." A potentially significant one, given Chelsea’s recent toils at Goodison Park.

“Jorginho’s penalty late in first-half stoppage time ended a run of four successive league defeats for Chelsea at Goodison. Tuchel’s team were dogged not decisive, solid not spectacular, and lacking in penetration despite a lively contribution from Raheem Sterling.

“Everton impressed defensively and in possession yet were toothless in the final third; a surprise to absolutely no-one with not one recognised striker available for the opening day. Their problems were compounded by the loss of Ben Godfrey to a broken leg. Another central defender, Yerry Mina, also departed injured.”

Chris Bascombe, via The Telegraph

“Chelsea made scrappy, character-building wins in hostile venues their forte for most of the Roman Abramovich era. The faces may have changed in the boardroom more than on the pitch during a transitional summer at Stamford Bridge, but Thomas Tuchel will be reassured by the consistency of purpose, having silenced a Goodison Park crowd which overcame his team last season.

“Jorginho’s penalty in the seventh minute of first-half stoppage time – necessary because Everton’s Ben Godfrey required prolonged treatment after suffering what was later described as a “small leg fracture” – gave Tuchel’s side a steady, if unspectacular, start. Everton – also bereft of a recognised No 9 – could not land a meaningful punch, a first-half header from James Tarkowski the only significant action for goalkeeper Edouard Mendy.

“Lampard was right to be more enthused than deflated, Everton’s area of weakness as obvious as Chelsea. Bereft of a direct replacement for £60million Richarlison, Lampard entrusted Dwight McNeil and Demarai Gray to lead Everton’s running from deep while Anthony Gordon tried to temporarily reinvent himself as a centre-forward. Gordon is more effective with the ball at his feet, slaloming towards the penalty area, not with his back to goal and Koulibaly’s breath on his neck. Everton were at least competitive enough to suggest prophecies of impending doom are premature.

“There were several reassuring sights for the home crowd, and it speaks volumes for their situation that a ‘not that bad defeat’ represents a glimmer of hope, generous applause offered by the Gwladys Street for their players’ efforts.”

Tom Kershaw, via The Times

“The pieces of a turbulent summer may still be falling into place for Chelsea but their gilded foundations remained sturdy enough to withstand a spirited Everton at Goodison Park. Jorginho’s first-half penalty proved the difference but Raheem Sterling was the talisman in a scrappy contest that remained in the balance up until the full-time whistle but was riven with stoppages and injuries.

“The worst of those was a cruel blow to Ben Godfrey, who, Frank Lampard later confirmed, fractured his fibula just nine minutes into the match as he tried to make amends for an errant back-pass by lunging into Kai Havertz. The England defender was carried off on a stretcher after needing to receive oxygen, and the prospect of his long-term absence looms large.”

“Last season Spirit of the Blues was the anthem for Everton's escape from relegation. As all four sides of Goodison Park rocked with the track in the minutes before kick-off and blue flags glittered in the evening summer sunlight the hope was it would now provide the soundtrack for better things to come. If that is to be the case, patience may initially be required.

“This was a season opener in which Jordan Pickford raised a fist to those tens of thousands who now call him captain after he led the team out. It was a game in which Premier League debutant Nathan Patterson showed glimpses of his pre-season promise. It was a match that saw James Tarkowski, Dwight McNeil and Ruben Vinagre make their Everton debuts and took place as two new midfielders edged closer to bolstering Frank Lampard's squad.

“One of them, Amadou Onana, posed for pictures with fans as he left the directors' box at half-time . The question now is surely when, not if, the 20-year-old midfielder completes his move from Lille and becomes a Blue.

“But this defeat to Chelsea was also a reminder of the work that remains to be done at Everton . They struggled last year for a reason and the sale of Richarlison, who hustled and harried them to a crucial three points in this fixture last season, and the loss of Dominic Calvert-Lewin to another cruel injury, leave a side that has, in Lampard's own words, a "void" in forward options.” 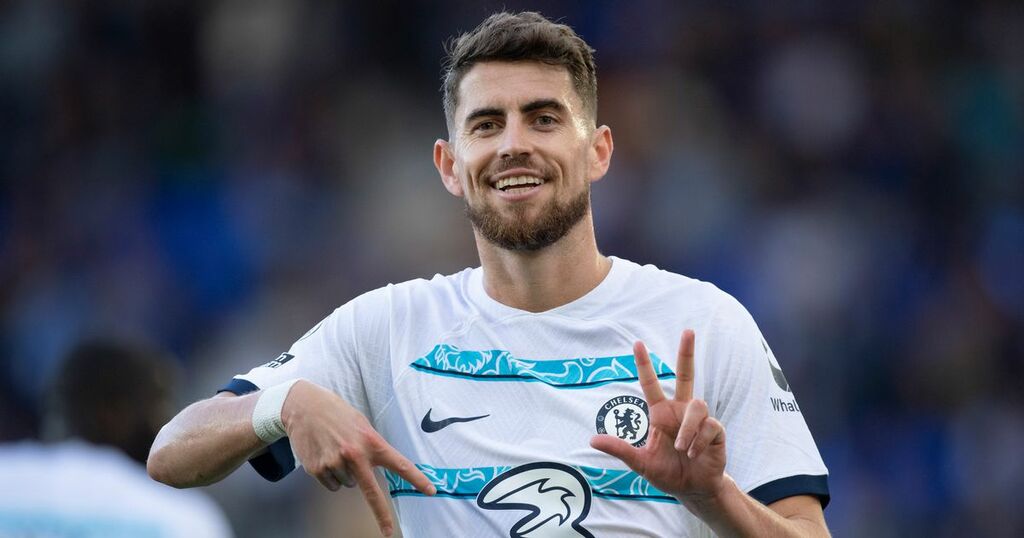 Chelsea get off to perfect Premier League start with win at Everton - 6 talking points
EVERTON 0-1 CHELSEA: Jorginho's first-half penalty ensured that Thomas Tuchel's side got off to the perfect start in the Premier…

Daily Mirror
From analysis to the latest developments in health, read the most diverse news in one place.
Double injury blow compounds Everton defeat as Jorginho keeps cool to give Chelsea winning start

Everton are going in the right direction, argues Joe Thomas, but patience will be needed after defeat to Chelsea

Liverpool Echo
One place to find news on any topic, from hundreds of sites.
Everton close to Conor Coady deal as talks ongoing for more transfers